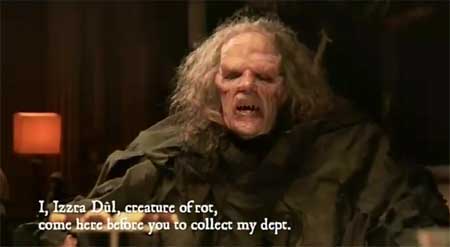 At his 60th birthday Harry Doright is visited by a demon who claims his soul and the souls of his loved ones.

Harry Doright is enjoying a dinner with his family as his daughter announces that he will soon be a grandpa. The festivities continue until a demon appears at the table, who announces his name to be “Izzra Dul”.

“Izzra Dul” has appeared to claim a past debt, one that involves taking the souls of Harry’s family. As he taunts Harry in riddles, he offers a game that professes claiming the souls upon remembrance of Harry’s painful memories…..ones that he has forgotten. 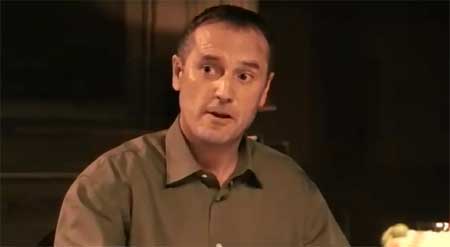 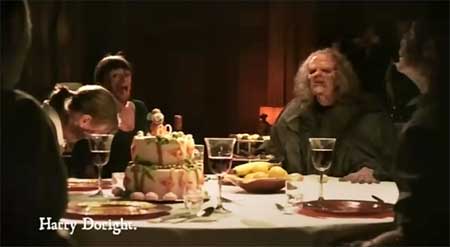 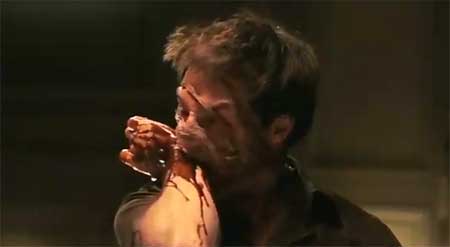 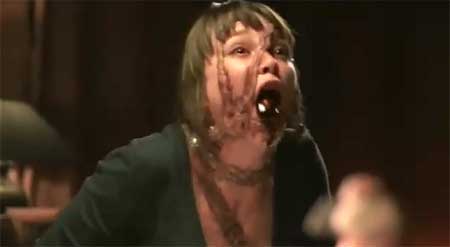 The past of Harry’s military days come into focus as he is pressed to choose a soul to offer up in return for his memories of past wrongful deeds. The corpses of his past emerge to ask Harry to reveal his memories as the family and the demon “Izzra Dul ” sits around the table. Taking a cue from Deniro in AngelHeart, “Izzra Dul ” eats their souls in the form of an egg, that begins the horrific demise of each individual in a most dreadful way.

Great FX work, and impressive practical makeup make this a winning horror short film that take things to the extreme with some gory visuals that have each family member being either forced to eat themselves or suffer in a slow agonizing death. Though a surprise still awaits Harry, which to Hell ….is the sweetest suffering of all. Erwin van den Eshof directs this great visually rich short film. Fantastic work!