Troll 2 – The “Best Worst Movie” creeps out on DVD 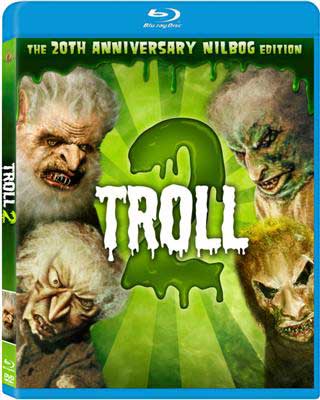 IN CELEBRATION OF VEGETARIAN AWARENESS MONTH,
PREPARE TO BE DEVOURED BY THE CAMPY HORROR FLICK TROLL 2

LOS ANGELES, CA (August 23, 2010) – “Oooooooh my gaaaaaaaawd…” Troll 2 is arriving on Blu-ray for the first time on October 5th from MGM Home Entertainment. Grab the popcorn, lock the doors, and prepare to be gobbled up by the film that inspired the hit documentary Best Worst Movie.

Joshua Waits has been warned by his grandfather’s ghost that his family is about to embark on a dangerous vacation to the town of Nilbog. Although he tries to stop them, Joshua fails to make his parents see that there is something suspicious about the town. The residents are extremely friendly but are constantly trying to feed the Waits with strange, green delicacies. Joshua soon realizes that the town of Nilbog is actually “goblin” spelled backwards, and that his family has been lured into a trap. With the help of Grandpa Seth, Joshua must save his family from being turned into vegetables and devoured by the vegetarian goblins!

Troll 2 Blu-ray Combo, including both a Blu-ray and DVD disc in BD Amaray. Also available is Troll 2 on a single disc DVD in DVD Amaray will be available for the suggested retail prices of $19.99 US/$21.99 Canada and $14.98 US/$15.98 Canada, respectively. Prebook is September 8. 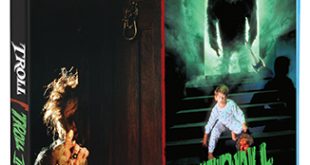 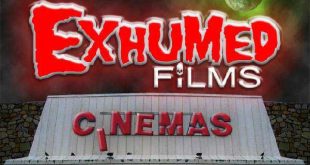