SYNOPSIS:
“McMurphy, a man with several assault convictions to his name, finds himself in jail once again. This time, the charge is statutory rape when it turns out that his girlfriend had lied about being eighteen, and was, in fact, fifteen. Rather than spend his time in jail, he convinces the guards that he’s crazy enough to need psychiatric care and is sent to a hospital. He fits in frighteningly well, and his different point of view actually begins to cause some of the patients to progress. Nurse Ratched becomes his personal cross to bear as his resistance to the hospital routine gets on her nerves.” (courtesy IMDB)

REVIEW:
Apart from being a feel-good comedy about collective suffering, One Flew Over The Cuckoo’s Nest (1975) induces melancholia of another kind as it signifies the high point of the American career of Czechoslovakian director Milos Forman. Since Cuckoo’s Nest, Forman’s work has been characterised by contentious issues, obnoxious biographical subjects and mannered gratuity, the nadir of which is the abysmally executed People Versus Larry Flynt (1996), which shares many thematic similarities with Cuckoo’s Nest (the individual versus the state, conservatism silencing social malcontents), yet Cuckoo’s Nest succeeds primarily because of the one element that Forman lamentably excludes from Larry Flynt: The vitality of the human spirit. 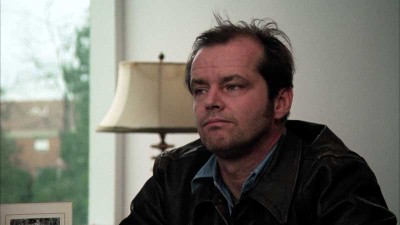 By this point no doubt you’re asking yourself: “What the diddly-squat has this movie got to do with Horror News?!” Well, not only is it a cult film based on a cult novel, but the reason it’s a cult film is mainly due to its amazing genre cast headed by Jack Nicholson and Louise Fletcher, who both won Oscars for their performances. Jack, of course, started with Roger Corman in The Little Shop Of Horrors (1960) and The Terror (1963) and ended up in The Shining (1980), Batman (1989) and Mars Attacks! (1996), while Louise became a mainstay in B-grade science fiction and horror films like Exorcist II The Heretic (1977), Strange Behaviour (1981), Strange Invaders (1983), Firestarter (1984), Invaders From Mars (1986) and Flowers In The Attic (1987). 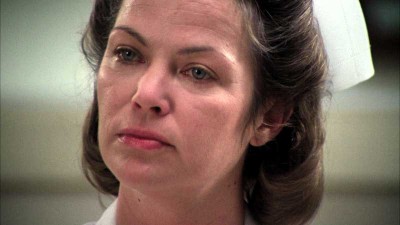 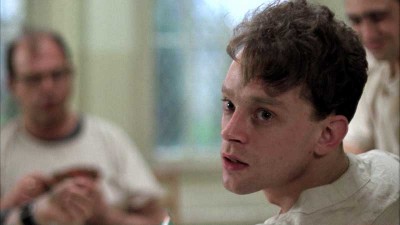 Radically adapted from Ken Kesey‘s cult novel, One Flew Over The Cuckoo’s Nest relocates the anti-authority sentiments prevalent in seventies American culture to the confines of a mental institution, where the fine line between madness and sanity is analogous to the oppression of the individual. Interiorising this drama – comprised mainly of reaction shots and haunted by the minimal yet effective use of a Theremin on the soundtrack – Forman creates his offbeat madhouse drama around the faces of a group of rag-tag actors, each equipped with his own crazy expression. 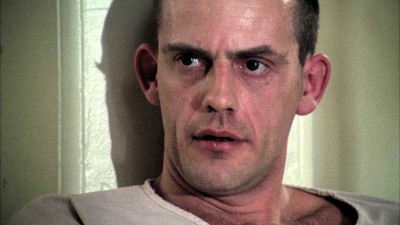 Enter Jack Nicholson into this depressing melting pot as Randle McMurphy, a convicted criminal being transferred from the local prison to the mental institution where he will be monitored by medical staff. Under observation, and compared to his fellow patients, McMurphy is a free spirit still in command of his masculinity (which has been taken from the other inmates long ago) who begins to turn this regimented nut-house upside down. Immediately locking horns with Nurse Ratched, a totalitarian figurehead masking her own megalomaniacal tendencies through medical patronising, McMurphy is soon leading the other patients in a group rebellion against her rigidly adhered-to system of rules and regulations. Whether running amok on the basketball court or conducting impromptu field trips that include a fantastic fishing expedition, McMurphy is soon teaching his dehumanised inmates the beauty of freedom and self-respect. When his request to watch the baseball world series is denied, McMurphy begins commentating on an invisible ball game, whipping everyone into a fabricated yet exultant hysteria. Forman’s own comment on the power of the human imagination is duly noted. 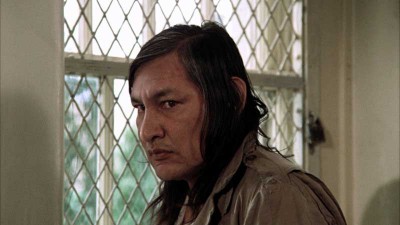 The film, if anything, has become even funnier over the years. However, the questionable misogyny (the men are all sympathetic misunderstood creatures dominated by a coldly inflexible woman) is still just as conspicuous. Shot around austere Oregon locales in muted colours, One Flew Over The Cuckoo’s Nest is still one of the most bittersweet tributes to the nature of the human spirit and Milos Forman’s best American movie. Filled with unforgettable scenes and characters, not least the charismatic protagonist wonderfully played by Jack with a performance to match. Anyway, please join me next week so I can poke you in the eye with another frightful excursion to the backside of Hollywood, filmed in glorious 2-D black and white Regularscope for…Horror News! Toodles! 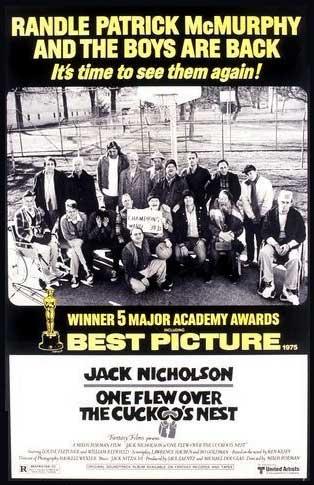