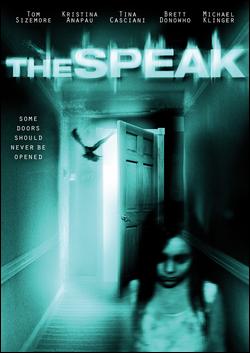 A real-time, POV supernatural horror in the vein of [REC], Paranormal Activity and Grave Encounters. A small TV crew makes their way into the most haunted hotel in the US to film a web series on the paranormal. With the help of a Native American medium, they perform “The SpeaK”, a ceremony that brings forth more spirits and demons than the crew bargained for

Are ghosts real? Do they exist? Two questions from the opening of the film that an amateur crew of filmmakers hopes to answer. Boy did they pick the wrong place to capture a spirit on camera. The Don Parker Hotel, reputed to be one of the most terrifying places in North America. 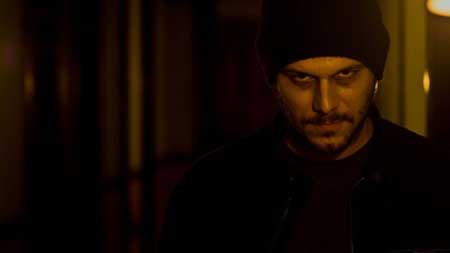 The team is lead by Shelly, a guy who is at the end of his career road. This project is a make or break opportunity for him and dang it, he just needs to capture a ghost on film or else. His much beleaguered assistant, Paige, tries her best to keep up with his constantly shifting demands, which includes keeping track of just how much money he’s supposed to pay the people she has recruited to go on this little ghost hunting adventure.

And what a crew it is. There’s Jackson, the sound guy who looks like he would love to be anywhere else and really just wants to get this whole thing over with. Elsa, his companion and sound person in her own right. Then there’s the crème de la crème, Malia, a renowned Native American medium. Not only is she beautiful but she can perform the Speak, a ritual that helps bridge the gap between our world and the spiritual one.

Now if they could only get inside the place. Enter Doyle (played by Tom Sizemore). At first he is reluctant to let them in. Seems his son signed a contract with the crew without his knowledge. He warns them that terrible things will happen if they enter and he doesn’t want to be held responsible. But after some coaxing and a threat or two from Shelly he agrees. 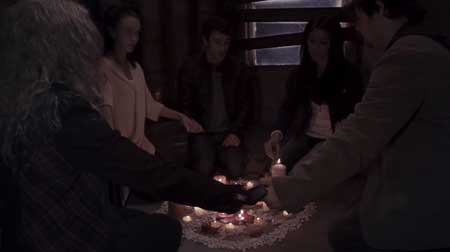 Shelly is kind of a slimy character but let’s face it, if we didn’t have greedy, slimy characters ignoring common sense and dire warnings we wouldn’t have some great horror movies. As can be expected things don’t turn out well.

Overall The Speak is a pretty solid horror movie. I have to admit I’m a sucker for movies dealing with haunted locales. And the history of this place is pretty nasty, as we’re told by Paige when they enter the hotel.

Technically The Speak falls under the found footage sub genre, although in a welcome change there is no opening statement on the screen that this footage was found after so and so disappeared and has now ended up in the police files. Kudos to the filmmakers on that one. 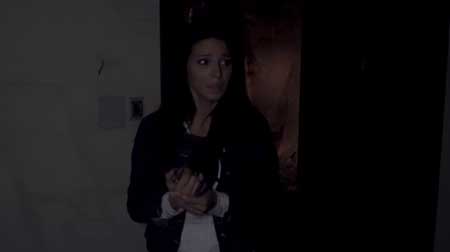 I enjoyed the atmosphere, with the hotel for the most part staying dimly lit. Director Anthony Pierce makes not only good use of shadows but of dark corners as well. That said I wished there were a few more scenes in the beginning where weird things might appear from the dark but it is only a minor gripe.

The pacing was surprisingly fast, partly due to the eighty minute running time but there didn’t seem to be any wasted scenes. The one part of the film that really stood out for me was the sound effects. Creaks, bangs and creepy voices are all here and add a neat dimension to the film. A few lines of dialogue were hard to hear but overall not bad.

In the end I would have to recommend The Speak, especially if, like me, you like haunted locale movies. It’s not without faults but they are really few and far between. I’m assuming this was shot pretty low budget but there is a decent quality here. I do know that if I ever go on a ghost hunting expedition, there is no way I’m bringing along a Native American medium to perform a ritual. Suffice it to say that some doors were meant to remained closed.