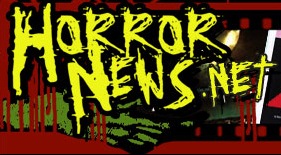 Welcome to our December HorrorNews Staff project, “Comedy Gone Horror” as myself and four other HNN writers explore some strange possibilities when we take your favorite comedy and family friendly movies and twist and distort them into something the horror genre would be proud of. What happens when these movies, Willy Wonka & the Chocolate Factory, Spinal Tap, Toy Story, Breakfast Club, and Home Alone, get a horror makeover? Read on and find out…

Willy Wonka & the Chocolate Factory would be an excellent film to turn into a horror movie. A group of kids and a guardian win the grand prize, a golden ticket which will grant the winning access into the secretive Wonka factory, only to be brutally killed by Wonka’s slave laborers, the Oompa Loompas. Wonka is unaware of the tension building inside the factory with his workers, and deaths seem to be tragic accidents brought on by greedy children and there need for more candy, much like the original film. The film continues on much like the original, till the end when just Wonka and Charlie remain. Trapped inside the factory and surrounded by the vicious hordes of Oompa Loopas. This is when the unlikely hero steps in. Sluggworth the rival candy maker, who for years has been warning Wonka of his horrible treatment of the Oompas. In this version of the film, Wonka would be played by Tony Todd, the leader of the Oompas would be Warwick Davis and the hero, sluggworth would be played by Tom Savini. It’s a bloodbath in candy land.

“This Was Spinal Tap” by Elizabeth Gibeon

The day before their big reunion show Derek Smalls, David St. Hubbins and Nigel Tufnel find themselves trapped inside the Gibson Amphitheater trying to escape a deranged groupie. When the band gets lost trying to return to their dressing room after a routine sound-check they run into Alice, their oldest and dearest fan. The band inevitably blows her off for the umpteenth time, however, Alice vows this will be the last time she is brushed aside. What will become of Derek, David and Nigel? Will the band find their way to the dressing room to phone for help? How many drummers will die along the way? Is there really none more black?

This Was Spinal Tap would be a well-balanced blend of horror and comedy. A nearly empty-arena with catwalks and underground passageways is an ideal location for a horror film. The groupie who feels pushed to the edge would provide for a very plausible storyline, and the band’s ineptitude would make them an easy target. I would keep the film with the original cast and crew with the only change being an addition to the writing staff. Given their experience with sophomoric humor, gore and musical numbers Matt Stone and Trey Parker would be the perfect balance to This Was Spinal Tap.

“Toy Story” by The Black Saint

The story of a group of battered, dirty & unloved toys that decide to revolt against the children who reveled in laughter as they tortured and then discarded the unwanted playthings. Together a clown with no hair, a third world barbie knockoff who’s right leg is shorter than her left, A 18″ long battery operated crocodile & A Rubik’s Cube with nearly all of the colors removed are gonna show those ungrateful kids & their cheap, ignorant parents that you ought to play with (& then put away) your toys carefully…or else.

You have a small group of bad students trapped inside a high school for detention on a Saturday morning with a disgruntle janitor and a deranged teacher. It’s a horror formula if I ever heard one. The movie starts out innocent enough, just like the John Hughes classic, but after the teacher (played by original Breakfast Club alumni, Judd Nelson) is found dead, the new cast of students look at each other as possible suspects. Tensions mount between students and things come to a boiling point, when they realize they’re not alone and they are locked in the school with the real killer, the janitor (played by another Breakfast Club alumni, Anthony Michael Hall). This is when the real massacre begins.

Kevin McCallister is an 8 year old boy who lives with his family in an affluent suburb near Chicago. As his family prepares for a Christmastime trip to Paris, they are visited by two police officers to discuss their home security system and an independent exterminator to take care of a mice problem. Like many young boys Kevin doesn’t always appreciate the company of his family, and after a fight with his older brother he wishes they would all just disappear. He wakes up the next morning to find out that his family has accidentally left him home in the flurry of leaving for Paris!

At first Kevin is excited by his newfound freedom, but he soon becomes concerned about the furnace in the basement that is most-likely haunted, the vagrant old man who lives in the area and who just might be a serial killer (played by a heavily made up, yet clearly recognizable present-day Macaulay Culkin), and the re-appearance of the two “police officers”, now revealed to be the Wet Bandits: a group of small time criminals who rob houses while their owners are away.

The clever and witty boy creates elaborate booby traps to keep the bandits from entering the family house. When they finally breach the house, they discover that they are not the only ones trying to enter the McCallister residence. The lights go out and the criminals are subjected to a far more brutal series of ruthless torture, including acid, barbed wire and bear traps. The killer wears a dark twisted mask, and it is clear he is not there to collect the riches of the house… only victims!

Kevin manages to hide from the killer, but there are several moments of suspense where his Sony Talkboy tape recorder accidentally goes off and reveals his location. While going through the McCallister’s garbage bins, the bum man hears Kevin’s cries as the madman moves in. He sneaks in and beats the killer to death with his shovel. Kevin’s family and the police arrive soon after. The hobo is thanked for saving Kevin’s life, and the killer is revealed to have been the exterminator from the beginning of the movie. It is clear that the horrors the young boy has witnessed will forever change him. The director’s cut features an alternate ending where Kevin enjoys a family Christmas at home after thanking the old man for saving his life. He looks out the window and into a nearby house, only to discover the bum man is murdering a helpless neighbor!

This is the right time for a dark comedy/horror movie like this to work. The nostalgia factor for Home Alone could draw in any horror fan who grew up with the franchise, and the home invasion horror subgenre is ripe for self-referential parody. Recent horror films like the new Piranha movies have been a home for genre stars of yesteryear who have struggled with finding meaningful new work to make surprising and silly cameos. If David Hasselhoff and Christopher Lloyd could pull off playful parts in these gore-infested films, Culkin could certainly finally find work as the jobless shovel-wielder. Also, this film could be the kind of vehicle to actually bring solid laughs and scares. Some great films, such as The Shining, The Goonies, Trick R’ Treat, Pan’s Labyrinth and The Exorcist, are successful largely due to the fact that they aren’t afraid to put kids in real danger. There’s something inherently horrifying about a child being forced into a situation that is life-threatening even to adults. If ever created, Home Alone Invasion could be the kind of dark comedy/horror film that scary movie fans could watch every holiday season!

Please let us know what you think or maybe comment on what movies YOU would like turned into horror classics? 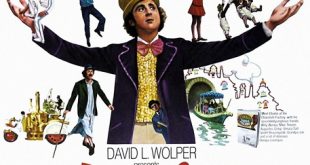 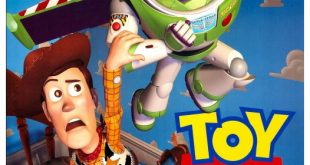 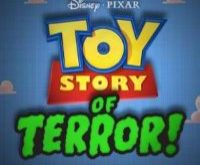 Nothing Can Prepare You For The Years Most Terrifying Trailer!! 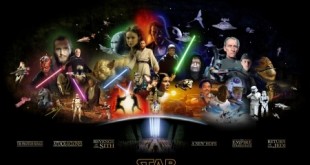 Anticipation Is Your Weakness; What Do We Want from A New Star Wars?