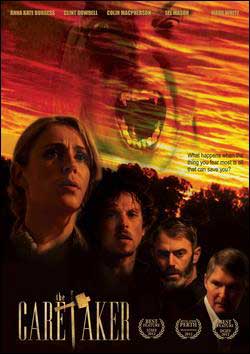 As a wave of vampirism sweeps the world, a small but discordant group hole up in a country mansion in Victoria, Australia. A vampire, who has also occupied the mansion, offers them a deal: if they protect him from humans during the day, he’ll protect them from other vampires at night. So begins an uneasy alliance which soon threatens to fall apart

First off I have to mention that this is the one hundredth film that I’ve reviewed here at Horrornews.net. There have been some great ones, some bad ones, some weird ones, and of course everything in between. Sometimes all in the same film! The one thing that remained a constant is that it has never been dull.

That aside, how does The Caretaker rank and what kind of film is it? Well, would a horror drama sound weird? When I was watching this there were times I thought that maybe a drama horror would be more accurate. The emphasis here is on the characters, their motivations, their actions. Kinda serious stuff. But wait, isn’t this is a vampire movie? Yes. So where is the blood, the gore, the non-stop action? Not to worry, it’s here, it just comes in small doses.

While not everyone will enjoy this movie (I do admit the pacing could have been a little better), the premise is a very good one. There are a group of people trapped in a large country house, trying to survive the nasty outbreak of a deadly virus that turns people into vampires. The twist here is that inside the house with them is a vampire. And he wants to make a simple arrangement. If they offer him protection during the day from normal people who want to hunt him down and kill him, he’ll protect them at night from the swarms of vampires dead set on getting inside the house. 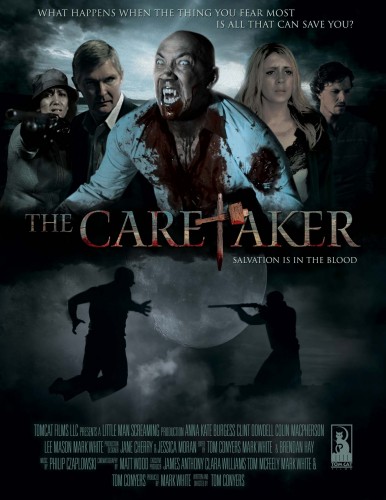 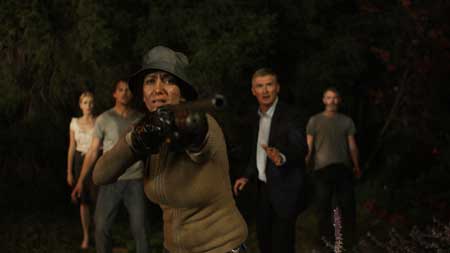 Sounds like a good arrangement. But we as horror fans know these kind of fragile alliances can’t last forever and it is only a matter of time before all hell breaks loose, that is if we’re lucky!

The Caretaker begins as we meet our cast of characters that in theory, because of their different backgrounds, should never have to be forced to hole up in a house together. But that’s how these things work. You have the good country doctor, the young couple trying to find the passion that is sorely lacking in their relationship, an activist for men’s rights (especially when it comes to all matters dealing with divorce) and the owner of the house, a middle-aged man who enjoys the company of young, college-aged women.

And if you are starting to see similarities to the original Night Of The Living Dead, then you aren’t far off the mark. Movies such as these, where a band of survivors from different walks of life must struggle to find common ground to defeat the monsters outside, have quite a bit in common. What was cool about this movie was that one of the people trapped inside is one of the monsters. 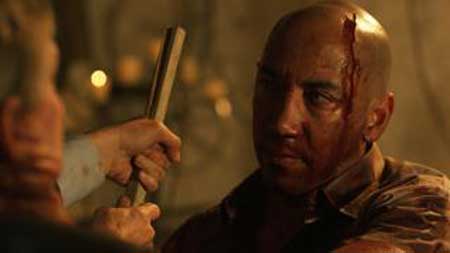 As mentioned above, the pacing can be slow at times, almost to a fault. Thankfully there is just enough tension to keep it all afloat. When the action scenes do come, and the vampires attack, there is a decent amount of blood. But don’t go expecting too much. A good deal of it takes place off screen.

No, the real action here, and main focal point, is the interaction of our characters. So to that point, if you don’t fall in line with the characters, you aren’t going to like this movie. Period. For me, it was mixed. 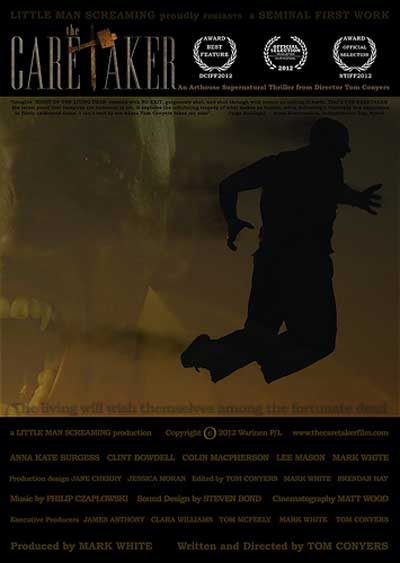 The actors do a good job, however, and that is one of the areas where the film excels. There are times when their motivations can be kind of hard to figure out, which of course can add a certain amount of tension.

In the end I would have to say check this one out but it’s best to know going in that it is really more of a drama than a horror. And I think it’s fair to mention that the ending might put off some viewers. One thing is for sure. Not everything will unfold like you think, which at the very least makes this a step above the usual fare. 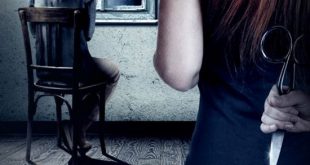 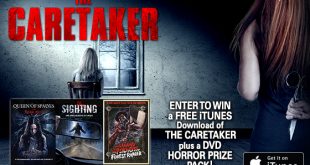