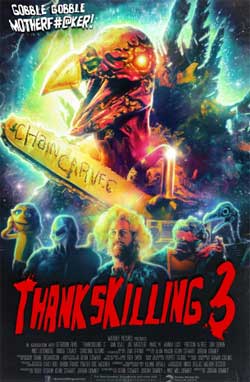 An evil Turkey referred to simply as Turkie slices and dices through an infomercial host, a rapping grandmother, a civil war enthusiast and a bi-sexual space worm along with his alien companion while on quest to retrieve every copy of the ill- fated ThanksKilling 2 on DVD..

I actually saw this film several weeks ago and have been rendered speechless about the topic ever since. There’s no arguing the cinematic experience will resonate with viewers long after the final credits. Quite often the resounding question will arise, ‘did that really just happen?’ The creative team of Downey, Downey and Stewart may very well be laughing all the way to the bank, cashing in on this holiday themed dark comedy chiller. 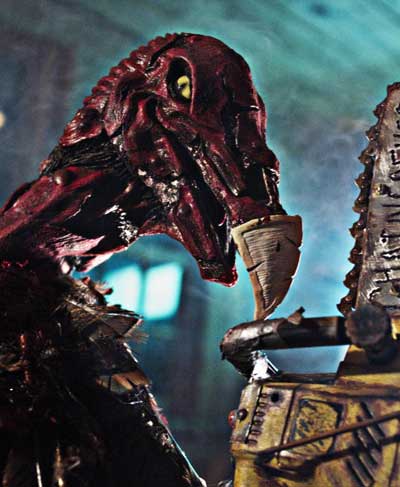 I will say this: the team of Downey, Downey and Stewart had a lot of fun making the film. The final product is reflective of having a vision and producing with unapologetic tenacity. Perhaps most ingenious is how the notion of a ThanksKilling 2 film in circulation that Turkie relentlessly scours the four corners of the earth to retrieve after receiving one bad press review after another. We’ve all been there right? It’s satire at its side splitting finest and as the viewer we find ourselves fixated before the screen engaged in guilty pleasure to see what unfolds next.

There is indeed an original ThanksKilling. The independent, low budget slasher had created somewhat of a buzz, borderline cult following. The original did show some potential, premise or at least grasp of understanding why the film was made. Clearly the writers were film students and a fan of the genre. A homicidal turkey seeks vengeance on a group of college students. Absurd? Sure. At least one can fathom why a script would be written in the first place and executed on a shoestring budget. This release will undoubtedly allure the diehard fans of the original. This time out a much more impressive budget was invested, mostly towards special effects and puppetry.

Yes you’d read correctly, puppetry. With a homicidal turkey, it’s naïve yet loyal offspring, a young girl that claims to be searching for her lost mind, a crass and offensive rapping grandmother and an oversexed space worm, you can imagine where the swashbuckling antics begin. The humour is without doubt on the lowbrow side and may offend some, but let’s face it, if one embarks upon a cinematic experience with a title such as ThanksKilling in hand there will be no preconceived notion that they possess an Academy award nominee within their clutches. Fans will know full well what they’re getting themselves into. 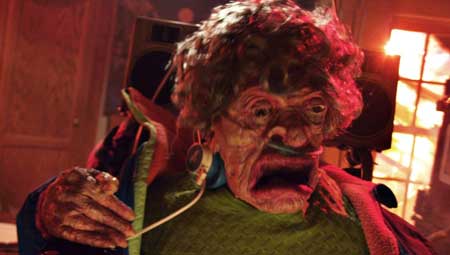 Some of the dialogue and antics are reminiscent of a Family Guy or South Park episode. Fans of this genre will enjoy the onslaught of ruthless humour. It’s intriguing to watch the interaction between live actors and puppets with minimal to no flaw. The sequel is best described as a buddy movie, something to enjoy over a few beers, laughs and perhaps most enjoyably with some medicinals. It’s definitely not for everyone but suffice to state the directional team found their niche, their market and had a great time doing so. 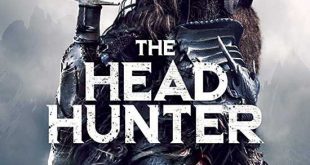 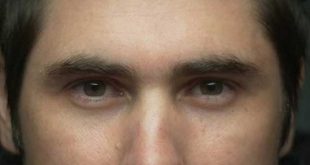 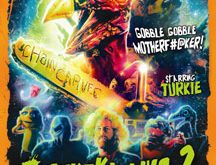 Feast Your Eyes and Gobble up ThanksKilling 3