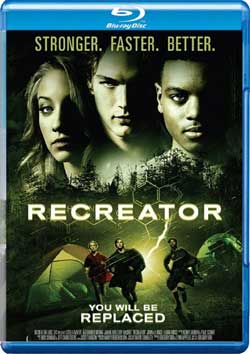 When estranged friends Craig, Tracy and Derek go on a remote camping trip they encounter another side of themselves they’d never imagined could be possible.

“You Will Be Replaced”

Recreator reminds me of a combination Twilight Zone, Outer Limits and Star Trek episode gone horribly awry. Imagine if you will if an ensemble of knock offs consisting of Ashton Kutcher, Brittney Murphy and Gary Coleman on steroids banded together for ninety minutes for surreal calamity to ensue. That’s the long and short of Recreator. I won’t tarnish any of the entertainment value. There is some genuinely bizarre, surreal and bona fide creep out moments in this film. 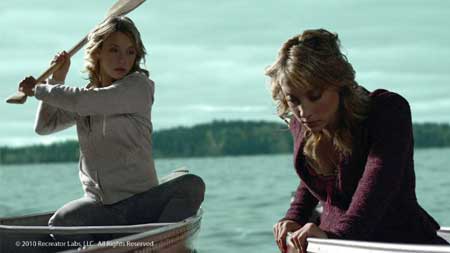 We’re blessed with some breath taking cinematography as the muted posse canoes across a vast lake in northern New York State. They arrive at their destination and some whimsical dialogue ensues, prompting Tracy (Stella Maeve) to search for a somewhat less than rustic laboratory. Her character is somewhat ditsy at first yet charming in others. Any red blooded male (and a few female) viewers will attest she is most easy on the eyes. Her resemblance to the late great Brittney Murphy is uncanny which makes one ponder if the actress at one point was considered for this role.

Craig, (Alexander Nifong) the ‘aw-shucks’, klutzy, awkward type is a carbon copy of Kutcher’s famed Kelso character from That 70’s show. He engages in some memorable chatter with Derek (J. Mallory-McCree), the over sized would be soldier stationed in Afghanistan setting the back drop for this Sci-Fi thriller. 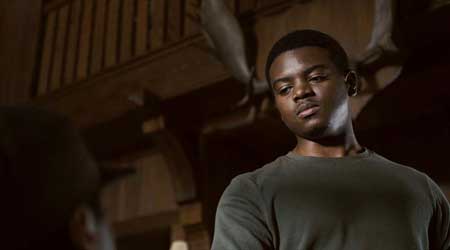 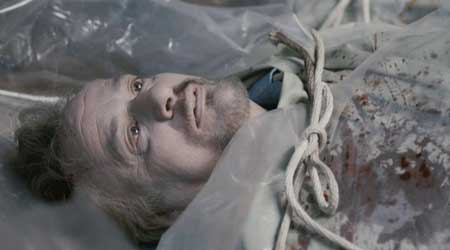 The haunting surrealism ignites as they realize their clones are superior in virtually every which, way and form imaginable. Over somewhat less than inviting conversation they even begin to force the friends to turn on each other divulging some of their deepest, darkest secrets unto one another.

The sound effects and musical score do a bang up job of creating some formidable suspense. An orchestra with brass section, string ensemble and bass drums truly electrify the senses. A harrowing sense of doom and despair is noted in the shadows as the friends attempt to flee from their superior counter parts. 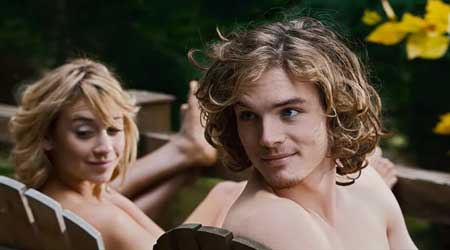 Just as the tension is aptly stirred and at the point of bubbling over, the audience is granted the gift of comedic interlude once again. Craig seems to fancy the cloned version of his girl friend Tracy as the two frolic naked in the lake. Refusing to be out done, original Tracy has a heated soiree with cloned Craig in the boathouse. Its bizarre viewing that is shades of a reprised version of The Twilight Zone but its just good fun. The plot takes a bit of a muddled u-turn with some exposition and exploration of the original owner of the cabin, his secret laboratory and experiments which I don’t really feel is entirely necessary. It doesn’t really hinder nor heighten the plot and simply renders the audience as restless and bored with the absurdity. The CGI and special effects are dazzling however being able to depict the same faces together so flawlessly. It’s hardly a new cinematic achievement yet the execution is impressive.

Inevitably there is a final confrontation between the mirror images which is undecided if it is more comical or suspenseful but worth the price of admission alone. Perhaps most outstanding about Orr’s cinematic endeavor is the final act in a twist we really don’t see coming. 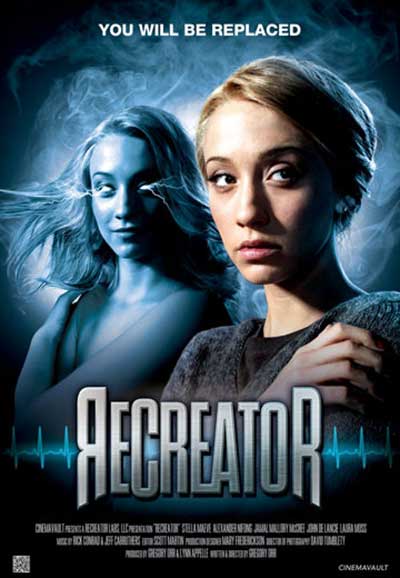 Gregory Orr originally broke into Hollywood by sweeping the floor of the special effects department on set of The Pillsbury Dough Boy commercials. I wonder if he stills here’s those haunting, giddy screams.

For fans of the odd, bizarre or unexplained it may be worth a look-see but for this fan I’d rather of seen Recreator un-created. 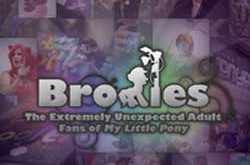