Tomas is a writer who becomes intent on revisiting his childhood home when a secret curse reveals itself and plagues his hometown.

Nothing beats watching a good monster movie. Unfortunately it has become rather difficult to find premium monster content in more contemporary films. Hollywood every couple of years will aim to rehash something like Godzilla or King Kong, and although I would not go as far as saying these films are terrible monster flicks, they rarely carry the nostalgia and camp-factor that was so appealing in classics like Frankenstein (1931) and The Mummy (1932). Luckily the answer comes from Spain as director Juan Martinez Moreno has found a killer solution to constructing a really exciting and believable monster movie with his flick, Game of Werewolves.

It is rather rare to see a truly great werewolf movie. Perhaps the most recent film to really make a mark on the half wolf half human subspecies was with Ginger Snaps in 2000. I love re-watching An American Werewolf in London (1981) or Teen Wolf (1985), but if you look at the subgenre in its entirety, there are few werewolf movies that really warrant multiple viewings. Game of Werewolves is on those rare breeds. In fact, it was almost shocking how enjoyable the movie is simply based on previous were-film experiences (and you know, that Twilight thing happened, but let’s just ignore that). What director Moreno has done is inject some life into the dwindling genre by both harkening back to the classics and knowing how to have fun with it. 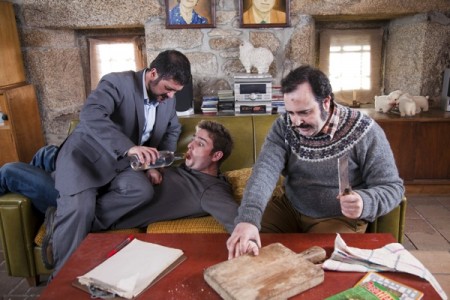 As the film opens, a beautifully animated pre-credit sequence relays the tale how a gypsy and aristocrat’s non-consensual encounter lead to the beginnings of the werewolf curse in the town of Arga. The film follows Tomas, a small-time writer with big aspirations, played by the dynamic Gorka Otxoa. He decides to take residency in his old family home in Arga in hopes that it will inspire his latest work. The idea to go is not his alone since his uncle Evaristo (Manuel Manquina) invited him as a local celebrity the town wanted to pay tribute to at an upcoming festival. Clearly Tomas is thrilled and with his adorable dog by his side he heads out while ignoring his grandmother’s warning. He is soon greeted by his old friend Calisto (Carlos Areces) who never left the village but is distanced from the rest of the town’s folk.

Almost immediately upon arrival, something seems amiss. Tomas’ sleazy agent shows up in Arga to join Tomas on his “vacation” and things quickly fall apart. Uncle Evaristo is at first happy to see Tomas, but that all goes to shit when he and the some of the villagers tie up the three pals and throw them into a pit. As the story of the myth declares, in order for the curse to be broken, the werewolf must eat Tomas. 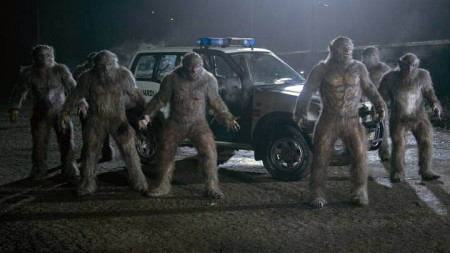 Nothing new is at present in Game of Werewolves, but the content is handled with a careful tongue-in-cheek attitude. The werewolf’s big reveal is a nod to werewolves of cinemas past—particularly An American Werewolf in London. Moreno as well made it no secret that all the effects were done without computer technology. You can tell that the director is a fan of monster movies because the film is packed with awesome werewolf action sequences. Once the curse is un-broken, everyone in the town turns into giant, super-strong, were-people. Their stunts are outstanding and the ammunition does not just relay on silver bullets. It is refreshing, to say the least, to see these monsters in punching brawls. 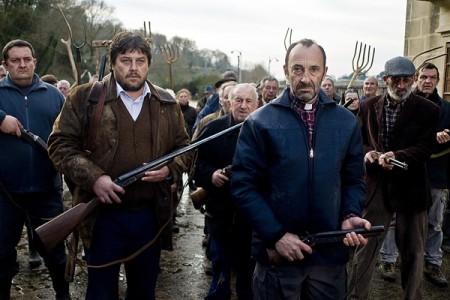 The humor of the film too could be seen as a gesture towards werewolves of the silver screen’s past. While the film retains serious moments of uneasiness and suspense, the heart of the film is meant for the viewer to have a good time. The ending of the movie also holds true to it’s roots with a nice twist. Ultimately, the movie is suitable for fans of the genre old and new alike; older fan boys get a chance to re-live some great monster moments, while newbies get a taste of what real monsters are made of. Everyone wins, and enjoys some great laughs along the way. 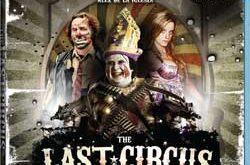