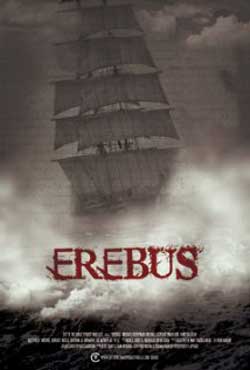 Erebus is an anthology horror film inspired by the well-documented history of supernatural phenomenon in Rhode Island. Using Block Island’s intimate setting as a backdrop.

I don’t know about you but I find anthologies to be a fascinating piece of the cinematic landscape. They are basically collections of short films brought together in a nice little package to make for easier viewing. Instead of having to seek out multiple twenty minute films, you get them in a feature length form. Many times, they even come with a bookend story that tries to tie them all together. The feature length helps to bring more awareness to the short films that may not have been seen otherwise, and the additional story tying the shorts together can help to justify having them together. 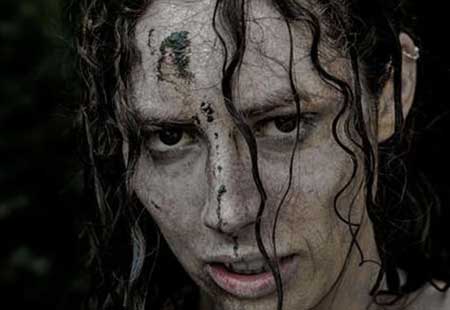 The 2014 anthology film Erebus is one of the many anthologies that uses the format outlined above. Though, in the case of Erebus, the stories are all related in some way. They all involve an old hotel in which many incidents of supernatural violence have taken place. Possessions, hauntings, and murders have happened in the hotel throughout its many years of existence. And we, as viewers, get to witness a few of these strange happenings.

I’m going to save the tying story until the end of this review because it concludes the movie. That means I will start with the possession story of the whole thing. The first of the three main stories is titled “Devil” and tells the story of Robert Neville (Michael A. LoCicero), the owner of The Gorham House in the 1950s. When a police officer arrives at the hotel, he discovers that Neville is keeping his wife locked up in the basement. Why? Because she is possessed by what Neville believes is the devil. The officer of course thinks this is crazy and lets her go. That’s about it. Nothing else really happens in this short.

Devil is a decently acted and good looking portion of Erebus. It manages to tell a captivating story with enough professionalism and skill as to make it an entertaining watch. The only issue with this segment is the ending, which doesn’t really go anywhere. There is no payoff to the story being told. If it had been fleshed out a little bit more, it could have been something great. But it wasn’t and it isn’t. It’s entertaining. That’s about it.

The second segment in Erebus was titled “Exposure.” This portion of the movie takes place in the 1970s and follows a photographer named Frank Morton (Marc Vos). He gets hired to take pictures of The Gorham House, and soon discovers that something is amiss. There are people and things showing up in his photographs that he cannot explain. Eventually, the people in the photographs become hostile.

Once again, the acting was fairly solid throughout the segment. However, this second segment improved upon the first by telling a whole story. There was a beginning, a middle, and an end to it. It ended up being a much more satisfying experience than Devil. Exposure was just as entertaining, but managed to be more fulfilling because of the story. Yet, it wasn’t as entertaining as the third entry in the saga of The Gorham House.

“Haxan” takes place in 2008. It tells the story of a group of paranormal investigators hoping to make a television episode or something like that out of their trip to The Gorham House. The six people stay the night in the hotel while filming it. Needless to say, things don’t go as they had planned. Spirits, ghosts… All of that fun stuff comes out to torment the crew. Death and stuff ends up happening like it tends to in this kind of tale. 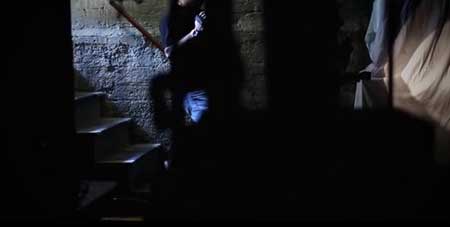 I know that I’ve repeated this for every segment of the film so far, but I have to say it again. The acting in this segment wasn’t bad at all. It wasn’t great, by any stretch of the imagination, but it was better than bad. And the story in this segment was the strongest. It tied together elements from the previous two segments and had some interesting horror moments that I wasn’t expecting. All around, it was best segment of the three, though the one that could least stand on its own.

Finally, we come to the story that surrounds the three segments. I don’t have a name for this part of the movie. It follows two people who want to visit The Gorham House for themselves to see if the paranormal activity is real. There isn’t much to their story outside of their travel to the location and setting up the other stories within the movie. When they finally get there, the movie sets up that something horrific is about to happen, then cuts to the credits. It’s not great storytelling, but it is fine for what it is.

Looking at Erebus as a whole, it ends up being a decent little horror movie. There’s nothing overly special about it, however. It is easy to watch, but it’s not going to be something to stick in your mind as a great movie. It won’t be a favourite of yours. It’s still not that bad. The stories are entertaining enough and nothing in it is terrible. It’s just an okay movie. And if being okay is the worst thing that the movie does, then it did something right.