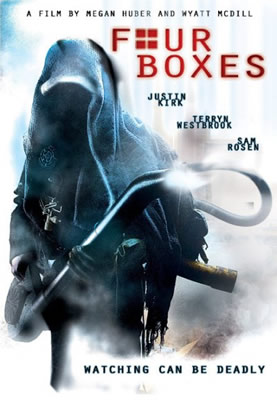 Partners in crime, Trevor (Justin Kirk) and Rob (Sam Rosen), begin work on their next job: liquidating the possessions of a recently deceased suburbanite. Things get complicated when Amber, Rob’s current girlfriend and Trevor’s ex, a young redhead named Amber (Terryn Westbrook), enters into the fray. The love triangle is further twisted when they become obsessed with an web-cam site called Fourboxes.tv where a disturbing individual named Havoc seems to be creating a weapons of mass destruction. The more they get drawn into the events of the web-cam site the more unraveled their world becomes until they become convinced that Havoc is preparing to detonate his bombs on a multi-city level. Once, they realize that Havoc is aware they are watching him, the trio begins to fear for their own safety.

Four Boxes is a tight little thriller that relies on the presence of its small cast, led by Justin (Weeds) Kirk, to relate the tension and terror found within. Writer/Director Wyatt McDill interweaves their emotional drama with the conspiracy filled thriller aspects of the web-cam Internet show the trio become obsessed with watching. The conflicts in the group drive the obsession and the obsession drives the increasing fear that they may become the next target of Havoc, the terrorist subject of the web-cam show. The tension rests on the shoulders of Kirk as Trevor who struggles with his love for his best friend’s fiancé and his realization that they may become the hunted. The film thrives on how his behavior infects and affects the cast and the story. Then, the twist (the first of many) occurs and the film becomes a different – and equally compelling – piece of work. The script is smart, the acting is superb and the direction is focused resulting in a fascinating but flawed examination of manipulation, fear and karma. 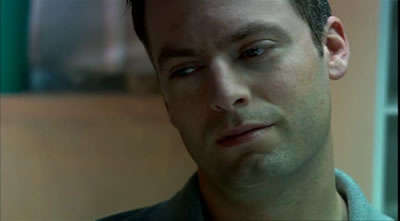 Justin Kirk, who is mostly known for his comedic but dramatic work in Weeds, is perfectly cast as Trevor, the main protagonist of the trio. He brings his light comedic tough here, but far more restrained than found in Weeds. Layered in is his angst and yearning for lost love typically found in Kirk’s work. Even as his character makes poor, self-destructive decisions, Kirk’s portrayal draws the audience into his emotions and head-space which enables the obsession with the web-cam show to marry with the human drama. Before long, it becomes difficult to tell the two stories apart, mostly due to Kirk. Later, his motivations and his true self re-envision his character as far more complex and rich. This makes his efforts throughout the film to reach out to Amber for affection heartbreaking yet disturbing. 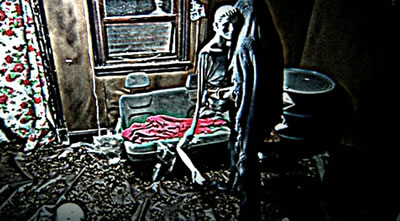 The loaded pistol in Four Boxes, the four framed web cam, is intriguing, especially the more Trevor colors the events being shown. As the stakes within the four boxes windows increase, the story and the character become increasingly unhinged and frantic. This helps the film impress more of the visuals than is actually being presented. The voyeuristic effect of the web cam plays out like a minimalistic modern take on Alfred Hitchcock’s Rear Window. The script ramps what little is displayed with the reactions of Trevor, Rob and Amber as they witness and decipher what they see. Ironically, very little actually happens in the four boxes, but the implications of their content is paramount. 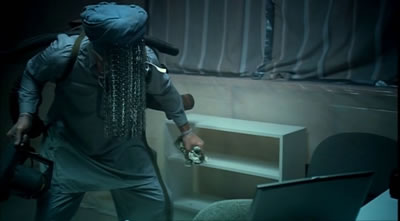 The film struggles, however, within its own confines. While Trevor very much becomes James Stewart trapped in the home with only his view of the outside events to guide him, the events seen on those screens are far from the dramatic weight given to them by Trevor. Their shock value is light and the visuals are distorted and difficult to decipher without the on-screen characters’ input. This keeps the viewer from becoming fully invested in those events weakening their payoff. The character of Havoc is also a bit mundane, making it all the more impressive they manage to make the character chilling at all. It is far too easy to cry bullshit on the story at any given moment. That is, until the twist. 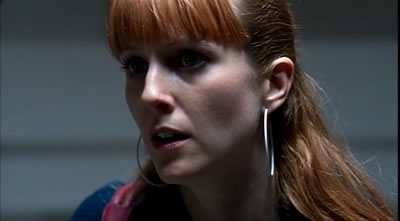 Now, without revealing what the twist (or twists) of Four Boxes is, all the flaws of the web cam and Havoc do get explained away making the later half of the film far more effective than the events leading up to the twist. The film is turned on its ear, exposing hidden motivations and relationships. It manages to make even the most unexciting events in the first half more interesting and tinged with a conspiracy level of manipulation – both by the characters and the script. The movie dupes its audience, but in a satisfying and rewarding manner. Then the film plays with aspects of karma with the characters in a Twilight Zone reap-what-you-sow ending that is far less inspired as the twist leading up to it. 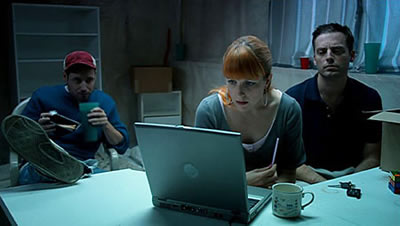 Four Boxes is a compelling thriller based on its ideas, its twist and its cast. The acting, especially from Justin Kirk, fuels the film. The twist is interesting providing a story that catches the audiences attention and draws them into the inevitable, and somewhat predictable, conclusion. Four Boxes is flawed but remains captivating, an interesting view of manipulation, desire and obsession. By focusing on the characters, the script manages to overcome the lack of visuals in the fourboxes,tv windows, instead allowing Trevor, Rob and Amber to color the events being presented – and for good reason, it turns out. For those who crave character driven thrillers, Four Boxes is well worth the look. 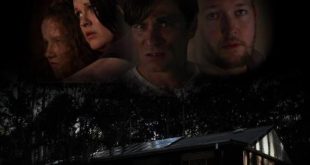