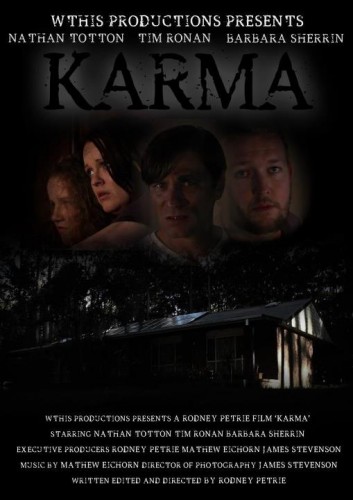 Rodney Petrie’s KARMA is about four people inside a house with someone or something out there wanting to get them. One of these people will make a decision that will affect the fate of everyone else.

This 10 minute short comes per way of director/writer Rodney Petrie. Short and to the point it follows 1 family who have secured themselves in, in fear of the zombie outbreak just outside the door. One man, (whom we assume is there just in hiding) offers another to the zombies as a diversion so he can escape on foot. It is only shortly after that he falls and is subjected himself to the zombies himself.

While I do appreciate the efforts that many have given to the zombie genre, I’ve gotten to the point where having zombies attack is just not enough to hold me over. The film title “Karma” obviously is a play on the outcome, but what Petrie fails to provide is a reason for anything that is happening. Creating a short film “just” to seeing another getting attacked doesn’t really constitute a film in my opinion. Rather it’s a scene that has no beginning or ending. Due to this, I’m gonna have to leave this one as not satisfactory on any level for viewing or for circuit showings. I’m hoping though that others will take note, on the concept of “concept” and not merely a few dead bodies walking around as a film. 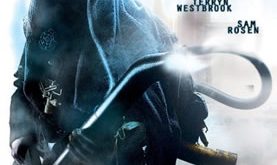