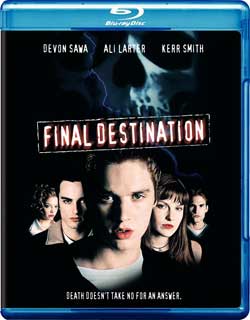 After a teenager has a terrifying vision of him and his friends dying in a plane crash, he prevents the accident only to have Death hunt them down, one by one.

From the initial scenes of thunder and lightning accompanied by the opening bars of the suspense driven soundtrack you know what to expect. The casual horror film viewer will tense in anticipation; the seasoned will suppress a knowing smile. Immediately you are on familiar ground…Final Destination promises thrills, jumps and cushion-cowering moments. But does it deliver them? 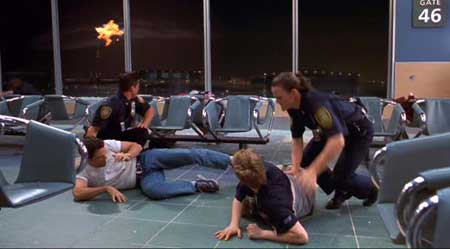 Following on from the success of Scream and I Know What You Did Last Summer, Final Destination is the next teen horror franchise to be launched. In the four years since Scream first hit our screens in 1996 there have been several films attempting to break this rejuvenated market from the disappointing Urban Legend to the uninspiring The Faculty. In fact only the Scream sequels and the interesting vampire flick Ginger Snaps seemed to fill the gap. Final Destination however offers a different slant in that there is no physical bad guy, no identifiable monster. This time it is death itself. 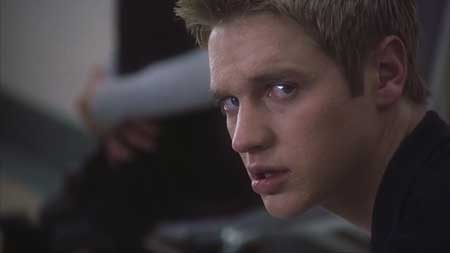 The basic premise is a simple one. There is a plane flight carrying a school field trip and their teachers to Paris. Shortly before take-off, and following a vision from the main protagonist, several are removed from the plane. The plane then explodes in a ball of flames leaving the survivors on death’s hitlist and being questioned by some ultimately unnecessary FBI characters. As the film progresses the remaining students, and one unfortunate teacher, are stalked and killed in inventive and macabre ways until only a few remain. Can you beat death when you have been targeted is the question asked. 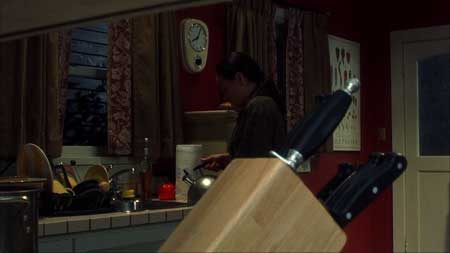 The film itself is born from strong parentage. The director and co-writer James Wong was a creative force behind The X Files and Final Destination itself began life as a potential episode in the form of Flight 180 before being discarded and rewritten into the finished film. With this in mind it is possible to see similarities between the two and this is no bad thing. The production designer John Willet set out with the intention of giving the audience a sense of discomfort and awkwardness through changing the colour palette at times and using unusual camera angles. The effects of this may not be immediately apparent but during certain scenes there is a palpable sense of unease. 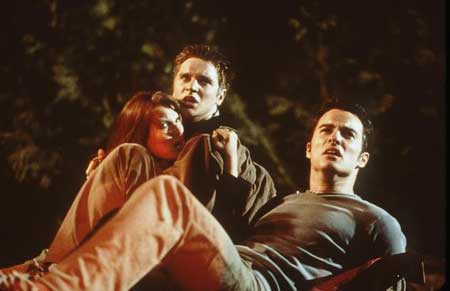 The resulting film carries enough suspense and thrills to keep even the most hardened horror fan interested and will appeal to the majority as a good Friday night movie. The deaths and “scary bits” are cringe worthy without being needlessly gory and are unexpected enough to keep the audience guessing, and at 98 minutes long there is never a pause in the action for very long. 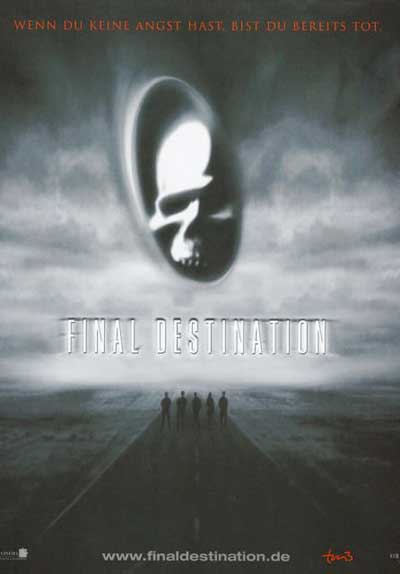 There are only two real criticisms that I have. Firstly the script appears laboured at times as if the writers couldn’t think of a better line so they stole one from elsewhere. Where Scream was very much tongue in cheek with its balance of comedy and horror traditionality Final Destination seems somewhat more awkward and the cast seem to struggle to deliver their lines convincingly. In fact it would be interesting to see if there was some corpsing in the outtakes following some of the delivered cheesiness. Which brings me to my second issue. The lead actors Devon Sawa and Ali Larter do a good job with the occasionally shaky script and are convincing as the troubled teen with visions and the only one who understands him but the supporting cast are somewhat weak. They deliver their lines a little uncomfortably and some of the characters appear irrelevant; I have already mentioned the FBI agents but the appearance of the mortician is a little bewildering at the time. 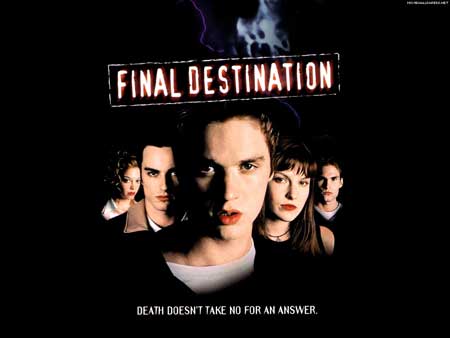 To conclude I would recommend this film. Despite being targeted unashamedly at the teen market Final Destination is an enjoyable horror romp. This is no Halloween or even Scream but is a worthy addition to the genre and no matter how many horror films you may have seen and twists you think you can see coming it will keep you guessing to the very end.