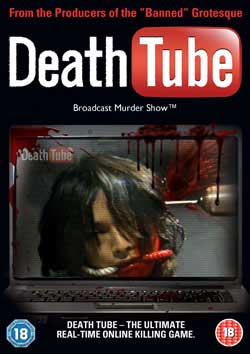 DVD release of thriller film “Satsujin Douga Site Death Tube” directed by Yohei Fukuda of “OneChanbara (Chambara Beauty).” One day, Satoshi Inoue visits a site named Death Tube, which delivering murder videos. At a later date, he is placed under confinement in a room appearing on Death Tube and meets a manager of the site Ponkichi. And then horrible murder game begins.

I wonder if You tube got wind of this one? Sporting a You tube logo with the changed words “Death tube” comes a new drama horror thriller by director Fukuda Youhei . There was no IMDB listing yet on this one so you know its fresh off the burner. Much like several Asian films this one also brings on the “game”” aspect. But of course you could compare it to SAW and several others but in this case its both lighter, has some heart and is  brutal horror film all rolled into one. The subtext of this film is “murder site” which I’m wondering if that was the original title? 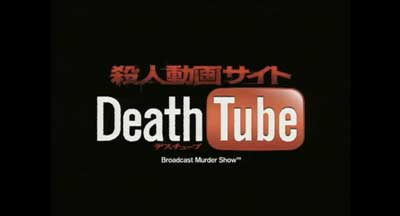 A new internet craze is launched per a web site that shows true deaths on TV….. or computer Internet for that matter. While several think it’s actors and faked, a few know that’s it’s the real deal. Even so, it appears that folks are drawn to it, when they shouldn’t. The worst thing would be to wake up and find that you’re one of the contestants on the show. Well that’s exactly what happens as a group of individuals who were recently exploring “death tube” wind up in rooms exactly like the ones they saw on their computer screens. It doesn’t take too long for them to find themselves as players in a mind game of wit, intuition and astuteness. Each game must be played by all players to determine who loses their life. In this case though, the host is a cuddly, um Pokemon looking type bear who introduces each session and reveals the rules of the challenge. Some come per the in room monitor and others are presented out from his in person costumed appearance. 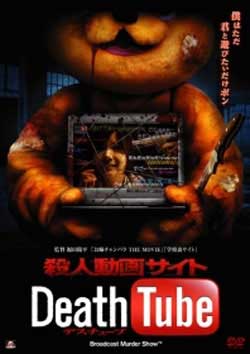 In any case, their is a weird interchange between children TV shows and dying. As the contestants move forward thru the challenges, they find that they most continue or be killed.The final player left will get freedom. The games are what is different in this film. No not industrial looking death machines or extreme gore truth or dare type stuff, but simple kids games and intellect puzzles. Building blocks, paying attention to instructions, typing the constitution, or spinning round in circles are a few of the games played. As each moves forward, they are under the watchful eye of millions of viewers who observe from the web cams installed in the rooms. To add to i,t words of moral and wisdom litter the sets also suggesting certain plays of character. While all this transpires, an emotional interplay carries forward that suggests human nature, trust, observation and teamwork. In fact without the deaths it would have been a whole different type of film.

But we signed up for horror and that’s what the director still manages to inflict upon us. Blood flies, folks choke, and 1 by one they all fall down to some type of murder or another. Behind it all, a masked children costumed bear spouts out words of hope and moves from one dead corpse to the other. 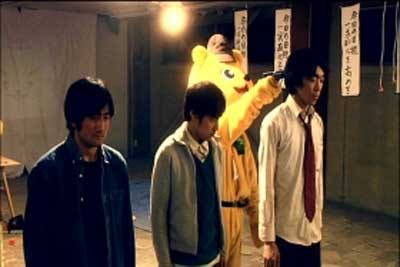 The film manages to rope you in and keep you glued to till the end. While the drama plays out in this lengthy film, there is quite a bit of clever resolves incorporated that keep it exacting. The Asian actors overact but not any more than most of these type films. The overacting can be  painful at time but you get used to it. In summary, this is a smart film with plenty of thrills that while somewhat derivitive is still its own little beast of a movie. What makes this one special is a careful plotline that interweaves some interesting notions about gameplay and that all is not what it seems. It also suggests plenty about our culture in the process and our need to ignore the obvious facts about our need to fufill our  dark desires over simply calling for help. Great stuff! 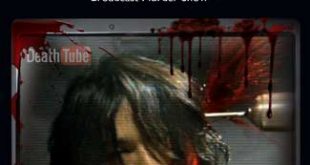 Are ya ready for ‘Death Tube’? – new stills!