Home | ‘The Killing Games’ Deemed Too Violent Gets Premiere – Loads of Stills!

‘The Killing Games’ Deemed Too Violent Gets Premiere – Loads of Stills!

BANNED IN EDMONTON, “THE KILLING GAMES” GETS WORLD PREMIERE AT THE CALGARY INTERNATIONAL FILM FEST.

The Calgary International Film Festival has said that THE KILLING GAMES will make it’s World Premiere on Saturday September 22nd as a part of the Late Show Series. “We are just ecstatic that Calgary has accepted the movie to Premiere at their festival,” States director Barry J. Gillis.

Bruce Fletcher who is a programmer with The Calgary International Film Festival told Gillis that he watched the movie twice, and found the movie to be very entertaining. Gillis continues, “We’re so happy that Bruce, Brenda Lieberman and The Calgary International Film Festival were brave enough to take a chance on THE KILLING GAMES, especially after the movie was turned down in Edmonton.”

In May, Gillis was told that his feature film THE KILLING GAMES was “too violent for The Edmonton International Film Festival.” Gillis was shocked by the decision, mainly because he resides in Edmonton. “Yes, I was shocked,” laments Gillis, “but that’s all in the past now. We’re heading South down to the great city of Calgary where Oscar-nominated Canadian director Deepa Mehta’s film MIDNIGHT’S CHILDREN,” is going to open the Calgary International Film Festival. Brandon Cronenberg’s movie ANTIVIRAL will also be playing in the Late Show Series, and we couldn’t dream of being apart of anything bigger and better than that.”

The Calgary International Film Festival is world renowned for their hospitality and theway that they treat filmmakers and film fans alike. “Calgary gets upwards of 50,000 fans attending their festival. Tourists, fans, great films, and the best parties… I mean, this ishuge for us Gillis says with a grin.

Calgary and Edmonton have been rival cities for many years. “Yes, the two cities have been at it for what seems like forever” says Gillis with a laugh, “however, Calgary is not just going to accept a movie because Edmonton turned it down. I mean, THE KILLING GAMES is entertaining as hell, just ask Jason Eisener who directed HOBO WITH A  SHOTGUN starring Rutger Hauer.

THE KILLING GAMES is a disturbing feature film about a man who’s wife is dying of a mysterious illness. The man contemplates taking the law into his own hands, after his daughter witnesses a double homicide and narrowly escapes the grasp of two serial killers.

THE KILLING GAMES was shot in Wabuman, Lac St. Anne, Alberta Beach and Edmonton, Alberta, Canada. It stars Donald A. Morin, leading actor of the acclaimed French Canadian feature film Windigo. It also stars Denmark’s Kim Sonderholm, who  has been involved in over 100 movies, including his latest outing entitled “LITTLE BIG BOY.” Calgary actor Ace Hanna also stars in the movie as the troubled Dr. Winters.

The Calgary International Film Festival is in it’s 13th great year. This years festival runs from August 20th to August 30th and is guaranteed to be the best film festival that the city of Calgary, and province of Alberta has ever witnessed. 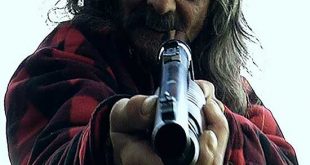