Home | News | Tears for Sale: a darkly fantastical comedy about sex and war

Tears for Sale: a darkly fantastical comedy about sex and war 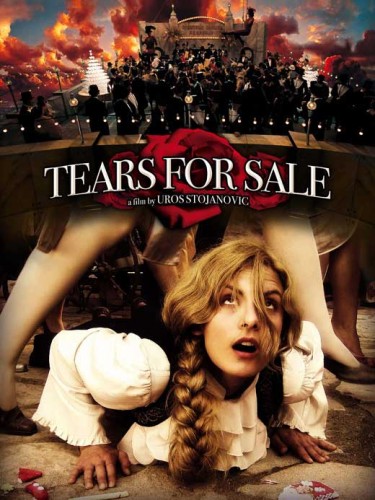 Fans of the works of filmmakers Terry Gilliam (The Imaginarium Of Doctor Parnassus; The Brothers Grimm), Jean-Pierre Jeunet (A Very Long Engagement; Amelie) and his former directing partner Marc Caro (The City Of Lost Children; Delicatessen) will undoubtedly find much to love and admire in the allegorical fantasy fable, Tears For Sale, the stunning debut feature from Serbian directorUros Stojanovic, coming to DVD in September 2010 courtesy of Icon Home Entertainment.

The winner of the Free Spirit Award at the Warsaw International Film Festival and a huge box office success in its domestic market (where it was the most watched movie in Serbian cinemas during the year of its release), this “post-modern, cheerful fairytale for adults” (Politika) with its “magical look that brings certain French blockbusters to mind” (B92) is “a remarkable film on a number of levels that manages what seems like an impossible task: balancing the tragic history of its home nation with a sense of legitimate magic and wonder” (Todd Brown, Twitch) and one that “succeeds in poking fun at various Serbian national myths and symbols with its strong, lusty, independent women, eager-to-fight men and sacrilegious shenanigans in a hearse and among tombstones” (Variety).

Here’s the trailer to get you in the magical mood:
[youtube]http://www.youtube.com/watch?v=HC3VyUDFgeU [/youtube]

It’s the 1920s in post-World War I Serbia and the remote village of Pokrp is facing a serious crisis. Many years of warfare have resulted in the decimation of the village’s male population, leaving the womenfolk love-starved and desperately craving a man’s touch, companionship and attentions. When beautiful, virginal, twenty-something sisters Ognjenka (Katarina Radivojevic) and Little Boginja’s (Sonja Kolacaric) attempts at experiencing the pleasures of the flesh result in the unfortunate accidental death of the village’s sole surviving male – the elderly and near catatonic Grandpa Bisa – they are condemned to death by the other women. The sisters manage to gain a temporary reprieve by promising to set out on a quest to find and bring back to the village within three days one virile man. At stake if they fail are not only their own lives, but also the very soul of their departed grandmother, which has been summoned from beyond the grave by the village witch as collateral to ensure their return. Their search sees them fortuitously crossing paths with two travellers, a slick dance-hall dandy known as the Charleston King (Stefan Kapicic) and a circus performer calling himself the Man of Steel (Nenad Jezdic). Naturally falling for the men, Ognjenka and Boginja decide they want them for themselves, but mindful of the threat to their grandmother’s soul they agree to fulfil their promise and deliver their newfound beaus to the women of Pokrp… 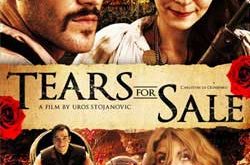