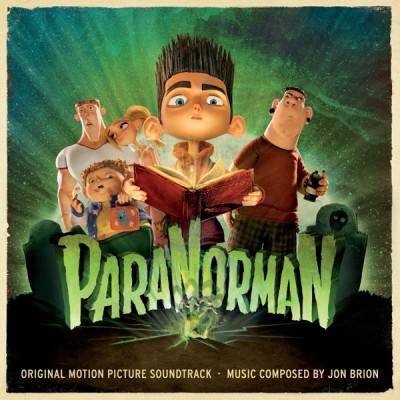 The soundtrack to ParaNorman by famed composer, record producer, and singer-songwriter Jon Brion is available today, August 14th from Relativity Music Group. The new stop-motion animated comedy thriller, will be released in theaters everywhere on Friday, August 17th. The soundtrack is streaming all week on AOL Music and MSN Music and is available for purchase on iTunes here: bit.ly/ParaNormanITUNES.

Full Album Streaming on AOL and MSN All Week!

When a small town comes under siege by zombies, who can it call? “Norman!” From Focus Features and LAIKA, the companies behind the Academy Award-nominated animated feature Coraline, comes the comedy thriller ParaNorman. Following Coraline, ParaNorman is the second stop-motion animated feature to be made at LAIKA in 3D, unifying the two stunning art forms to tell an all-new frightfully funny, magically emotional, and hilariously spooky story.

Mr. Brion has performed with, and produced records for, artists such as Fiona Apple (When the Pawn…); Aimee Mann (Whatever; I’m with Stupid); Brad Mehldau (Largo); Rhett Miller (The Instigator); Rufus Wainwright (Rufus Wainwright); Robyn Hitchcock (A Star for Bram and Jewels for Sophia); Kanye West (Late Registration); and Evan Dando (Baby I’m Bored), as well as his own Meaningless.

He has worked as a session musician on albums with Fiona Apple (Tidal); Badly Drawn Boy (the About a Boy soundtrack, Have You Fed the Fish?); Macy Gray (On How Life Is); Elliott Smith (XO, Figure 8); Sam Phillips (Omnipop); The Crystal Method (Vegas, Tweekend); Eels (Electro Shock Blues); Grant Lee Buffalo (Jubilee); Sean Watkins (26 Miles); and Old 97’s (Fight Songs). He has also conducted and arranged the orchestra for Tom Petty’s album The Last DJ, as well as for the latter’s Live at the Olympic concert (recorded for DVD).

Among the other movies that he has scored are Charlie Kaufman’s Synecdoche, New York; David O. Russell’s I Heart Huckabees; Peyton Reed’s The Break-Up; Adam McKay’s Step Brothers and The Other Guys; and Miranda July’s The Future. His upcoming releases include Judd Apatow’s This is 40 and Pixar’s Umbrella Shorts. Mr. Brion performs monthly sold-out shows at Café Largo.

The ParaNorman production had utilized Mr. Brion’s music from previous movies – including Eternal Sunshine of the Spotless Mind and Magnolia – as “temp tracks” for the early assemblages of ParaNorman.

Brion was most receptive to the prospect of scoring his first animated feature. “I’d been waiting for the right one for some time now,” reveals the composer.

The soundtrack reveals that it was worth the wait, for the composer and the ParaNorman moviemakers.

01- Zombie Attack In The Eighties

02- Norman at the piano/main title

10- The dead shall be raised