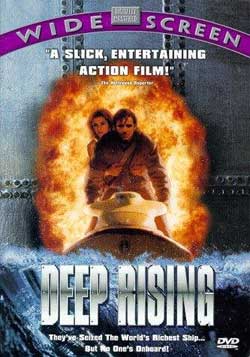 A group of heavily armed hijackers board a luxury ocean liner in the South Pacific Ocean to loot it, only to do battle with a series of large-sized, tentacled, man-eating sea creatures who have taken over the ship first.

There has always been a fascination with sea monsters, simply take a look at Jules Vern. However, unlike the giant squid of Vern lore, the monster of Deep Rising, similar in shape only, makes the Verne version seem tame, more like a tiny harmless pet. For this monster harbors spiny tentacles with gaping mouths at the ends that engulf their victims, much like the plant on Little Shop of Horrors did, and only drink their victim, dispelling the skeletal remains when finished. And this, let alone the exceptional explosions, rapid firing guns, a creditable fast paced plot, plenty of blood, guts and gore, makes for one exceptional fright flick. 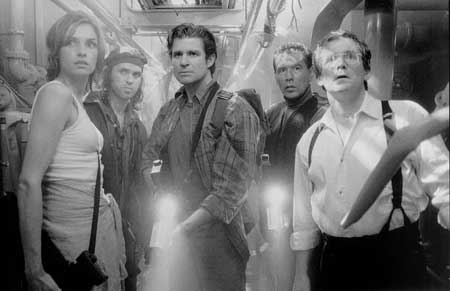 John Finnegan (Treat Williams), a boat captain who will take anyone anywhere if the price is right, never asking questions and maintaining a motto of “if the cash is there, we do not care,” along with his two person crew, deckhand Leila (Una Damon) and mechanic Joey Pantucci (Kevin J. O’Connor) are on a voyage that none could have anticipated. For, unbeknownst to them, they have been commissioned to take a band of ruthless hijackers bent on taking over the world’s most luxurious ocean liner The Argonautica. 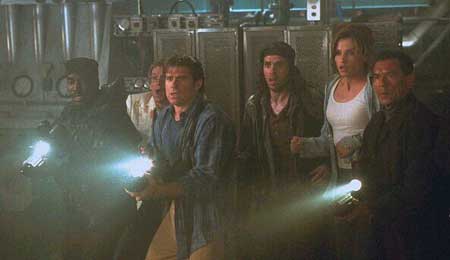 Pantucci quickly discovers the hijackers cargo, torpedoes (could it be that these will eventually come full circle and play a later intricate part?), and begins to question motives. However, Finnegan, while somewhat of a wisecracking bad ass, has a tendency to look away when money is involved, and does, but still ponders what the hijackers would need torpedoes for.

Simon Canton (Anthony Heald) seems like any other entrepreneur, happy, excited and hopeful. However, it soon becomes apparent that he is hiding a dark secret, building this ship has caused deep debt that regardless of the amount of paying passengers, he can never repay. Therefore, he has concocted the plan to both steal the passengers, as well as loot the ship’s vault. By frying all the ship’s hard drives, all systems to fail and the vessel, along with it’s hapless, abet rich, passengers, is now sailing blind in the South China Sea, right over an underwater mountain range with canyons deep enough to hide the Himalayas and deeper than any man or machine has ever explored. 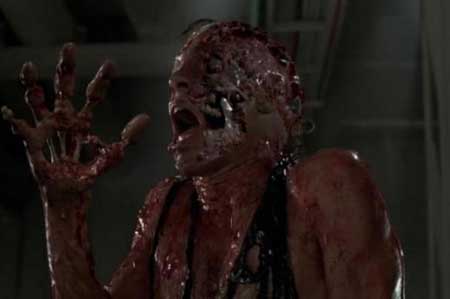 Trillian St. James (Famke Janssen) is a master thief, wanted in four countries, with a plan of her own, to also raid the ship’s vault. After pick pocketing the Captain’s wallet and obtaining the vault’s security card, she gets in easily enough, but is caught red-handed by Canton and locked in the ship’s crew kitchen storage unit where she takes solace in Dom Perignon and dainty tasty treats. 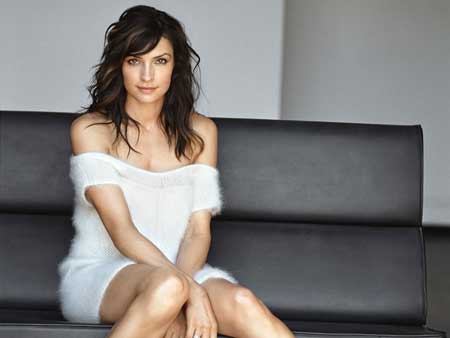 With the cruise ship out of commission and Finnegan’s boat motoring into the area, it’s inevitable that a collision is about to take place, and inadvertently does when Finnegan’s craft crashes into a silent unseen remnant having drifted away from the cruise liner, speedboat, rendering Finnegan’s boat nearly DOA. However, while dark and silent, it just so happens that the cruise ship floating nearby is spotted too and they approach and board, intending to use the ship’s machine shop to make needed repairs, unaware that the creature awaits.

Basically blind and only able to follow sounds, the creature, had it remained in the extreme pressurized depths, would only be about the size of a golf ball. However, since it rose to the shallows where pressure decreases dramatically, the creature has now grown to enormous lengths and, having already disposed of most of the ship’s passengers, it’s tentacles now snake through the ships bowels seeking more victims. Coincidently, in an original scene, the creature’s first victim, having locked herself alone inside a lavatory to escape the panicked crowd, is sucked down through the toilet, never to be seen again.

After boarding the ship, the hijacker’s plans become crystal clear as teams split up to do their parts. i.e. robbing the casino, vault, etc… But, with blood everywhere and no one around, perplexity sets in…and the creature begins to hunt them down, one by one.

And so begins the average CGI creature chase, unbelievable at times, in particularly that since having already proven unseen wits by disposing of most of the passengers, it appears (typical and consistent) to have selected smarts when the stars of the show are involved. None-the-less, the chase prevails, incorporating massive gunplay and a flooded inner ship bowel swim nearly reminiscent of the original Poseidon Adventure, the only addition, body parts floating aimlessly about. 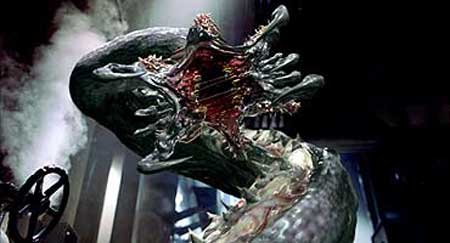 In an exciting climax, with the creature breaking through the hull causing the ship to begin sinking, an island is spotted on the horizon. And, to make matters short, lets just say that Ski Doo’s are no longer simply recreational items. But, will they make it? 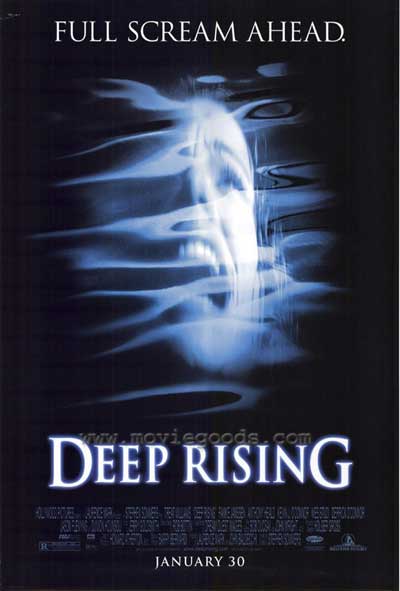 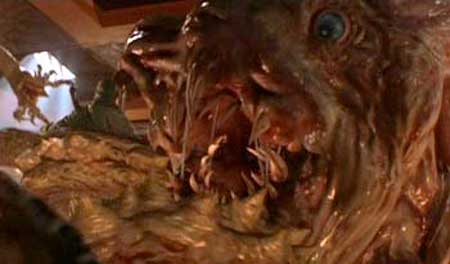 Director / writer Stephen Sommers has did well creating this intriguing and fast paced tale. From set decision to lighting, choreography, camera angles and especially dialogue (with the exception of a couple quick unobtrusive scenes) is well written and completely believable.

Therefore, this better than average film is one to consider when seeking a creature feature Saturday night.