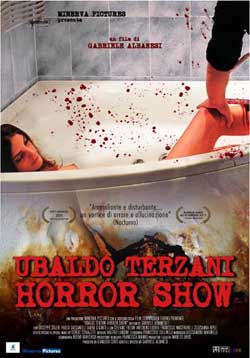 Alessio Rinaldi, a 25-year-old director, gets the charge from a producer to write the script of his first movie with Ubaldo Terzani, a well-known writer of horror novels. Alessio moves into Terzani’s house to start this collaboration, and a strange relationship of psychological dependence grows between them: Ubaldo Terzani unveils his dark side, and Alessio fall in a desperate depth of craziness and nightmares. There is a reason why Terzani’s bestsellers are so frightening … Alessio will discover that reality can be unexpectedly more terrifying than every brainchild, and he will have to fight hard to escape Ubaldo Terzani’s jaws.

Directed by Gabriele Albanesi, “Ubaldo Terzani Horror Show” is an Italian film that echoes a hint of Stephen King. You might have taken interest by the film’s character-named title. You might also find that it is a pretty decent horror show in itself. The film centers on Alessio Rinaldi (Giuseppe Soleri), a young 25 year old up and coming director, who is trying to get his first film made. His producer is behind him 100% if he can come up with a decent script that meets the studio’s needs. Up to now, Rinaldi has been turning in pretty violent themed scripts that lack substance. This seems to be fan-motivated by his interest in splatter films but lacking on the psychological end. His producer advises him to seek out the novels of author Ubaldo Terzani for guidance on how a horror film story “should” be written. He even takes it one step further by recommending him to Ubaldo Terzani of whom invites Rinaldi to come stay with him as they work on a script together. 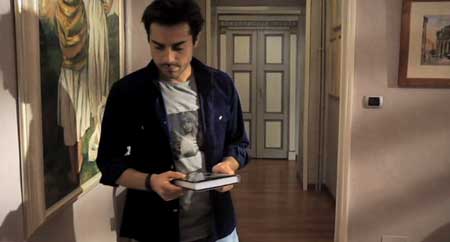 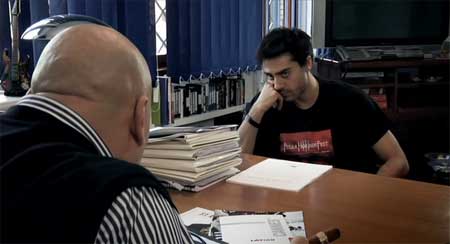 Ubaldo Terzani, a wealthy gentleman, opens up his home to Rinaldi acting as a mentor to him during the process of creating a script that will not only meet, but exceed the expectations of Rinaldi’s producer. He tells Rinaldi that he has been given complete creative control to help formulate a dynamic edgy script (with Rinaldi) that will deem itself a perfect eerie thriller. Rinaldi, who had studied Terzani’s writing before coming, recognizes him as a highly realistic writer (the top of his field in written horror). 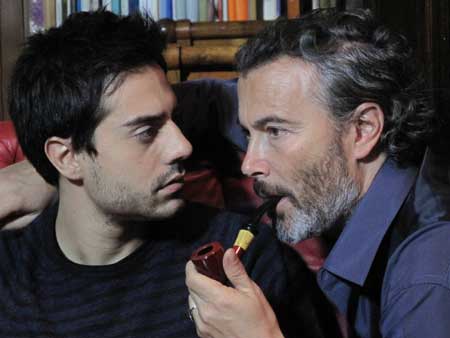 The 2 of them hit it off instantly which is prompted by Terzani ‘s warm demeanor, lust for life, and obvious knack for horror. The process begins well accompanied by Terzani’s occasional zest for “taking life by the reigns” and entertaining accommodations. As they attend an evening get-together with industry associates, Terzani pushes Rinaldi into getting drunk and taking on the thrills of the evening’s female companions. Meanwhile Rinaldi’s girlfriend Sara starts to become jealous at Rinaldi being away and within the company of partygoers. Rinaldi begins to suspect there is something “off” about Terzani. He can’t quite put his finger on it, but begins to suspect that Terzani is maybe “too” realistic in his story telling to the point of being outside the usual realm of horror writers. 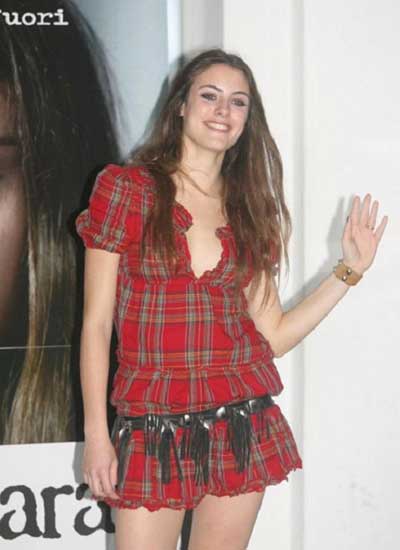 When Terzani invites Rinaldi ‘s girlfriend Sara to stay with them for the weekend so that they can all attend another gathering, things begin to take a twist into darker roads. Sara who has also been indulging into Terzani’s work is fascinated and charmed by the whole affair. It is soon clear why Terzani is so successful at what he does. 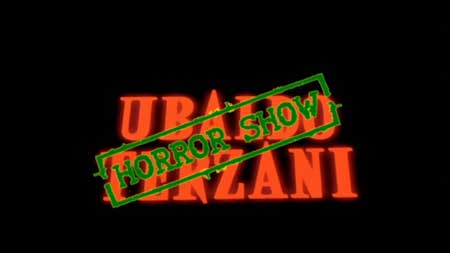 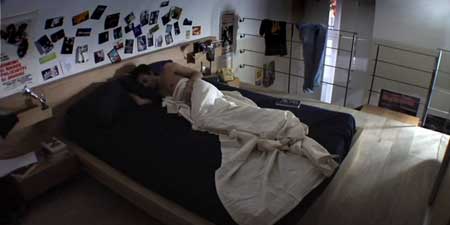 “Ubaldo Terzani Horror Show” is really quite a great thriller that ascends to many levels. There is a fair amount of gore and nasty body parts to the intensity of say a “Hostel” film. I originally anticipated a high amount of gore hound nastiness especially with its obvious gory cover art, however I think the film deserves more credit than a simple extreme knock off. In fact, with the exception of a few parts, it’s actually a higher quality film than it alludes to. 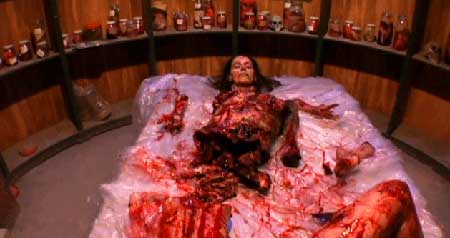 What really shines in this production is the character Ubaldo Terzani (or rather the actor Giuseppe Soleri who plays him). He reminded me a bit of that beer commercial actor (“the everything man…most interesting in the world”). His role combines a perfect marriage of charm, wisdom, and psychotic abandon actually creating a character much like who he writes about. As they say, experience is everything which in this case molds the writing from the deeds of its author. I’m sure a few Stephen King books have hinted at this if not more blatantly in more specific novels. I came to this film, a bit unsure if I would like it and walked away loving every bit of it. Director Gabriele Albanesi has combined a fine sense of modern horror with weavings of Bava-influenced directing. His previous feature was 2006’s “The Last House in the Woods” (of which I also heard great things on). If in doubt, fear not, as this a perfect thriller inclusion into 2010’s better releases. 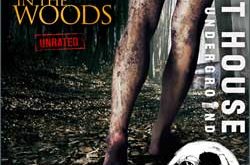