Home | Scooby-Doo (The Original Ghost Hunter) is back for a brand new season! 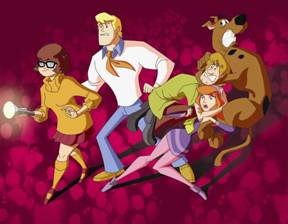 Scooby-Doo, the world’s favorite cowardly Great Dane returns with his four mystery-solving friends – Fred, Daphne, Velma & Shaggy – for further spooky adventures in the second season of Scooby-Doo! Mystery Incorporated from Warner Bros. Animation. Having gone their separate ways at the end of Season One, the Mystery Inc. gang will reunite once more to face their fears, unmask the bad guys, and get to the bottom of the secret curse and treasure of Crystal Cove. Along the way, they’ll face new mysteries and villains – like Hebediah Grimm, the Scarebear and a herd of mutated skull cattle – as well as its old foes:

Professor Pericles the calculating parrot mascot and the previous generation’s corrupt Mystery Incorporated, as they all scramble to find the final missing pieces of the Planispheric Disc. But once the disc is completed, will it unleash an even greater mystery? One that could destroy Crystal Cove and everyone in it?

Cartoon Network (CartoonNetwork.com)
is the #1 U.S. television network among boys 6-11. Currently seen in 99 million U.S. homes and 168 countries around the world, Cartoon Network is Turner Broadcasting System, Inc.’s ad-supported cable service now available in HD offering the best in original, acquired and classic entertainment for kids and families. In addition to Emmy®-winning original programming and industry-leading digital apps and online games, Cartoon Network embraces key social issues affecting families with solution-oriented initiatives such as Stop Bullying: Speak Up and the Move It Movement. Turner Broadcasting System, Inc., a Time Warner company, creates and programs branded news, entertainment, animation and young adult media environments on television and other platforms for consumers around the world.

Warner Bros. Animation (WBA) is one of the leading producers of animation in the entertainment industry, with an innovative and talent-rich roster boasting some of the most accomplished writers, producers and artists working today. The studio is on the cutting edge of animation technology and has both CG and traditionally animated projects in current production and development. For TV, WBA produces series such as Green Lantern: The Animated Series, The Looney Tunes Show, MAD, Scooby-Doo! Mystery Incorporated and Young Justice: Invasion, as well as the forthcoming Beware The Batman and Teen Titans Go! for Cartoon Network. WBA also produces series and additional original content — including animated shorts — for Cartoon Network’s multiplatform branded DC Nation programming block. In addition to TV programming, WBA produces theatrically released CG cartoon shorts featuring iconic Looney Tunes characters, rendered in stereoscopic 3D. WBA also creates the highly successful series of DC Universe Original Animated Movies for DVD. Producing for multiple platforms including TV, digital and home entertainment both domestically and internationally, WBA is highly respected for its creative and technical excellence, as well as for maintaining the Studio’s rich cartoon heritage. It is also the home of the iconic animated characters from the DC Comics, Hanna-Barbera, MGM and Looney Tunes libraries. One of the most-honored animation studios in history, WBA has been honored with six Academy Awards®, 35 Emmy® Awards, the George Foster Peabody Award, an Environmental Media Award, a Parents’ Choice Award, the HUMANITAS Prize, two Prism Awards and 20 Annie Awards (honoring excellence in animation). 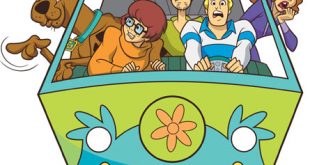