Today it was announced that J. Michael Straczynski will launch a new media company aptly named Studio JMS. Studio JMS will combine all of the mediums in which Straczynski has been successfully working for decades, encompassing comic books, web and television series, feature films and video games.

Straczynski has won multiple awards as writer and producer of hit television series including Babylon 5 and Jeremiah. His contributions to the comic book world include Amazing Spider-Man (with sales during his tenure averaging one million copies per year) and Superman: Earth One (which spent 37 weeks on the New York Times Bestseller List for Graphic Novels). His film credits include THOR, CHANGELING (for which he received a British Academy Award nomination), NINJA ASSASSIN and UNDERWORLD AWAKENING. Formerly a journalist for The Los Angeles Times and various major magazines, Straczynski has been writing and selling his work since the age of seventeen.

Also joining Studio JMS is Patricia Tallman. Tallman, best known for her acting roles in science fiction and horror films, met Straczynski when she was cast in his Hugo award-winning TV series Babylon 5. For over a decade, Tallman has been the creator and co-owner of the award winning business, Talent To Go.

Studio JMS already has a number of projects in various stages of development. The studio has signed on to produce a web series for MTV.com entitled THE ADVENTURES OF APOCOLYPSE AL and is self-financing a second web series, LIVING DEAD THE MUSICAL. Straczynski also has two television series in development: EPIDEMIC for Will Smith’s Overbrook Entertainment and VLAD DRACULA for Starz and Sam Raimi’s company. Studio JMS is also developing THE FLICKERING LIGHT, a feature film based on a true story set in World War II, in which Straczynski will make his directorial debut.

Under the studio, Straczynski has just partnered with Image Comics to revive his critically acclaimed imprint, Joe’s Comics, which previously published the best-selling graphic novels Midnight Nation and Rising Stars. The first four comics that will appear under the label beginning in Spring 2013 will be Falling Angel, Ten Grand, Guardians and Sidekick.

“For twenty years, I’ve had the remarkable good fortune to work successfully as a writer and producer in a wide variety of fields, from television to comics and movies. I’ve always dreamed of creating a mini-studio where I can put all of that work under one roof, telling stories that I want to tell and which can be spun up between various platforms: comics that can become TV shows, TV shows that can become movies, and movies that can become comics. With the tremendous recent success of films such as THE AVENGERS, THOR, and the BATMAN series of films, this feels like the best time to tackle that dream. Best of all, unlike many other startup ventures, I’m not looking to get into these areas, I’m already working in them; now it’s just a matter of taking the next logical step: consolidation.” 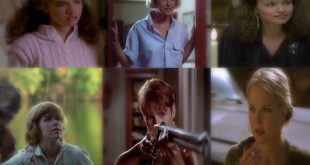 Horrors Final Girls Teaming Up For ‘The Survivors’