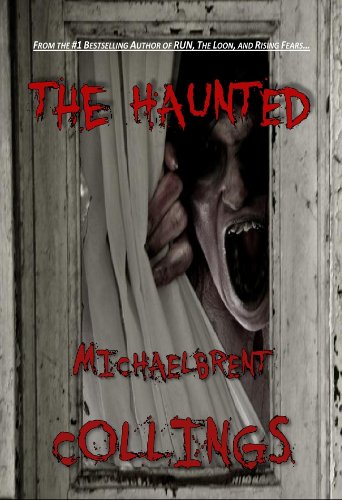 The Haunted
By: Michael Brent Collings

The lives of Sarah and Cap seem perfect. United in matrimonial bliss and devoted to their eternal love for one another they purchase a new house. As a starter home to raise their family, the expectant parents to be soon realize they’d gotten themselves into something for more than what they’d bargained for.

Collings’s supernatural tale is gritty, compelling and will leave you on the edge of your seat. A little exposition is offered from the get go about the history of the house married couple Cap and Sarah move into. I admire the fact the author doesn’t dwell upon unnecessary elements overwhelming the reader. Sometimes too much information can be the temptation of the hour for many writers. The Haunted is presented with curious aspects of the house’s beginning instigating a deep, embedded curiosity to delve deeper.

Some sound character development is deployed. We like the protagonists Sarah and Cap from the get go. They’re young, in love and hold the right combination of quirky interaction between one another that doesn’t appear over the top to the reader yet believable enough to hold our attention. In contemporary fiction many authors go a little overboard introducing characters that are larger than life and traits that really aren’t all that common. It works in some cases but irritating in most. I particularly like Collings’s conceptual grasp of unity and balance. Introduce characters that could be your sister, your brother-in law, co-workers or neighbors. They may appear to be plain Jane’s and average Joe’s to some but the technique enhances the plot as opposed to being a determent. We want Cap and Sarah to succeed and to flourish their promising family and it encourages the readers to explore further.

One formula that was first utilized in contemporary horror was in the Paranormal Activity film series. Each scene is time stamped with date and time. In our subconscious we somehow validate this tactic, filing it in mental capacity as more official, more true to life. Many authors grapple with trying to illustrate a gripping beginning, churn their rising tension from a simmer to a rolling boil and at the same time keep the reading audience invested into the story. Michael Brent executes this well like a musical conductor constantly rising the tempo of his orchestra. Throughout a three day time frame we witness the virtual meltdown of the couple’s intimate glue that hold them together as they plummet further and further down an abyss of questioning their own sanity.

Subtlety is the maneuver of the hour as things that go bump in the night begin to transpire beckoning husband and wife to question their own faculties. As the action progresses apparitions with malicious intent swiftly abandon all elusive presence. While Sarah unpacks in the kitchen and Cap is fussing about with the moving van each experiences their own mind numbing terror.

Many horror fans grow hostile in their argument about stereotypical happenstance in chiller tales of today. The curious onlooker that explores the dark abandoned house or the group of naïve teens that split up exploiting their vulnerability or the fornicating couple that is oblivious to all around them we know the scenes and perhaps even cringe at the sight of their witless ignorance. What we don’t realize is how realistic each of these circumstances is unto human behaviour. Sure as a third party bystander it’s easy to scream in frustration at the protagonist, “Don’t go in there! Run!” How could they be so stupid? In reality people seldom like change. Moreover people rarely like to be inconvenienced. It’s easy for us to say abandon the house you just bought. But really when you think about it, would you so easily abandon everything you ever worked for over a few seconds of unexplained paranormal activity?

Collings high lights these humanistic traits well, so much that each Cap and Sarah keep their tormented turmoil to each themselves throughout much of the introductory action. Neither one wants to admit defeat before getting started and neither one wants to hurt or disappoint the other. We’re preconditioned to do whatever it takes to make our partner happy even if it means suffering the consequences inside. These character flaws are displayed well, making the story that much more engaging unto the reader.

As the spirits become more prevalent in their hauntings the action intensifies rendering this read a bona fide page turner. Some of the visual descriptions of the ghosts are hair raising and bone chilling. You may want to refrain from pre-slumber reading on this one.

While the action does seem to broach the excessive side preying on our nerves relentlessly with few breaks to ease up on our subconscious, the final act is worth the price of admission alone. I’ll refrain from any serious plot spoilers here yet I will say this. The conclusion is so articulate and obscure it’s truly reminiscent of one M. Night Shymalan.

The Haunted is a tremendous read for fans of ghoulishly good terror. 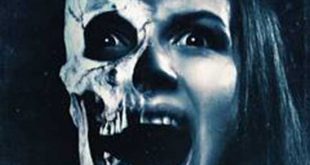 OPENING DAY ANNOUNCEMENT: THE HAUNTED – Available on VOD – May 22nd 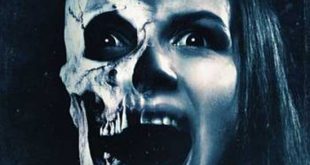 OFFICIAL TRAILER/POSTER: THE HAUNTED – Available on May 22nd 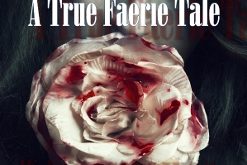