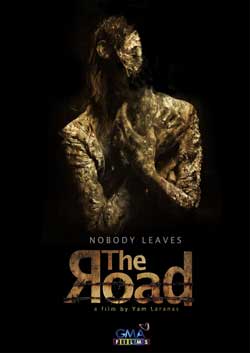 A 12 year old cold case is reopened when three teens are missing in an old abandoned road where a gruesome murder is left undiscovered for three decades.

The Road, (not the one starring Viggo Mortensen) is a Philippines-based horror film conceived from the mind of director Yam Laranas. Laranas is no newcomer to the horror genre with previous films “The Echo” and “Patient X” under his belt. While Laranas has stayed pretty steady within the genre lately, “The Road” comes as a bit of a surprise as a “one to see” despite it’s subtitled presentation. Bearing a curiously abstract and haunting cover, “The Road” has been on my radar for awhile.

“The Road” right off the bat is set up in a unique style that is split into 3 parts. Each is designed to prologue the previous one. so what we end up with is a starter horror piece that starts in the present referencing the events of the previous and so on. The horror of “The Road” seems to have an original structure which sets each setting years later from the next. As a viewer, you cant help but wonder “what” set the current session in motion and what events lead up to it. For the record, each is set 10 years apart all centering on the same road and same locations. (2008, 1998 and 1988) 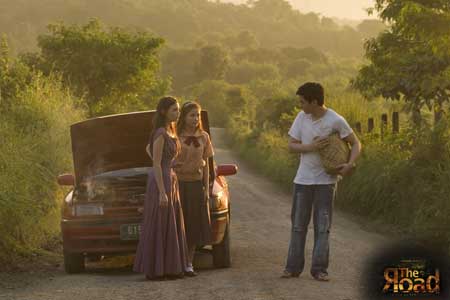 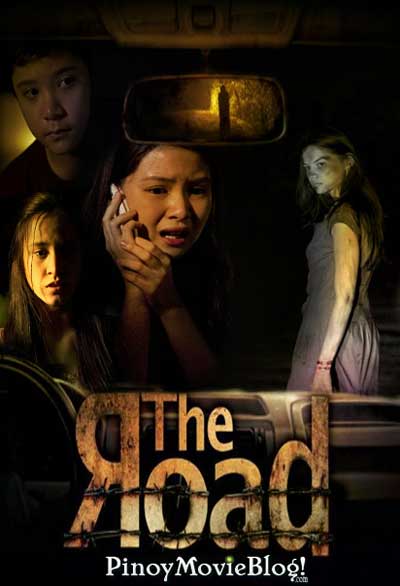 The film begins on a small young group of teens who have decided to head out for a small joyride with the excitement of being first-time drivers. The film announces the first act as a “part I – 2008” where we join 3 friends Ella, Brian and his girlfriend Janine. The 3 of them happen upon a closed-off road (despite the gate blocking it). As they head off down this long road in the middle of the night, they are soon terrorized by a phantom ghost car and a spirit ghoul intent on haunting the crap out of them. In a separate but related sub story we follow Luis Medina who has just been awarded a medal of honor and promotion. Him and his team are called to investigate the event when the kids go missing (they managed to phone while being traumatized)

From here we begin to make the connection to this road and the house that sits on it. Our 2nd act originates from 1998 as 2 sisters Laura and Joy encounter a young boy who doesn’t believe in playing nice. When their car overheats, they mistake his hospitality for the flawed individual he turns out to be. He puts the 2 sisters thru hell. 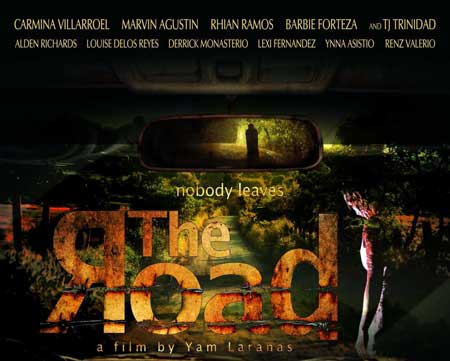 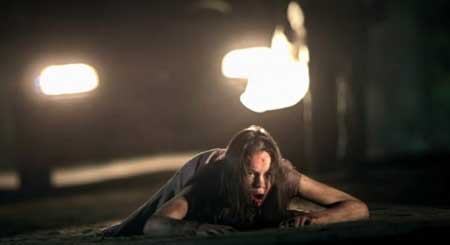 Our 3rd act really is the cornerstone act of the entire film as we encounter this same boy now 10 years earlier (1988). Living under the commands of an overbearing abusive mother, he must live with a set of rules that are far more influencing than he will ever suspect. Tragedy, despair, and even a bit of compassion all weave a heavy tapestry of purpose in this sorrowful tale. Really, this portion plants the base for the other 2 acts which all are found to be connected. 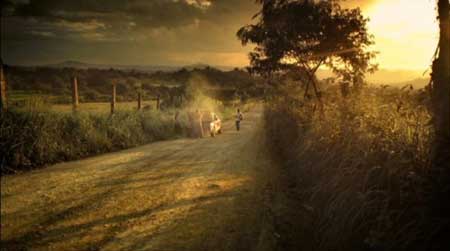 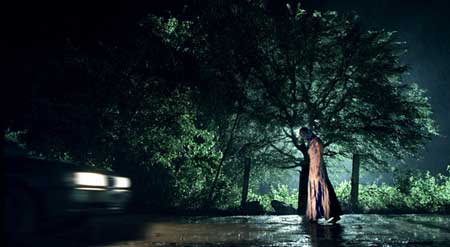 Yam Laranas achieves thru connected storytelling the slice of horror he set out to make. The story is indeed the glue that holds this piece together which in fact haunts the road more than “it” doing the haunting. You’ll have to take this trip alone and see what dark ambience you discover

So you might ask yourself..what is it about “The Road”? Well after completion, I will agree that it has its own eerie atmosphere. Scary? Not exactly…more-so in the vein of unsettling by the events that transpire. The beatings, burning and killing of young girls is no picnic. And when introduced in a context that is not for extreme sake only, it tends to ruffle a few feathers in execution. “The Road” pries into its viewers morality constantly swapping out a new set of rules to juggle between. Perhaps, horror is subjective and how it makes the viewers feel afterwards? You can rest assure that “The Road” has something to offer in this department. Coldly unforgiving, “the Road” in this case is one road you’ll want to take.