Unexplained Confidential: Crash, When UFO’s Fall from the Sky

Today, we are joined by Kevin Randle, the author of Crash – When UFO’s Fall from the Sky for our Unexplained chat. He gives some good incite into UFO’s and crashes. The next time any of us see something strange in the sky, we are likely the think twice before dismissing it. 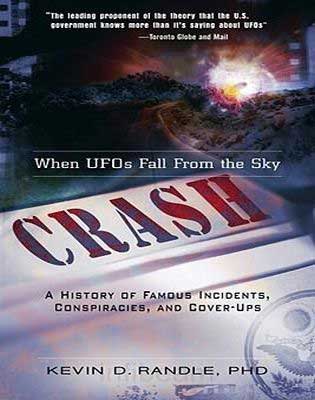 Mike Joy: How did you first become interested in UFO phenomenon?

Kevin Randle: I always blame my mother for that. She was interested in science fiction which are stories about alien life, alien civilizations, interstellar travel and alien visitation. It’s not a large step from science fiction into UFOs, but the UFOs are better because we’re dealing with reality. Aliens do visit Earth and that proves that interstellar travel is possible.

Mike Joy: How did you discover the “less-media-focused UFO sightings, as we are all very familiar, well at least somewhat familiar, with Roswell, Hangar 18, etc…

Kevin Randle: Surveying the UFO literature out there, looking at newspapers and magazine articles, interviewing people, and, of course the pioneering work of Len Stringfield. Once people learned of his interest in crash/retrievals, they began sending the material on to him. He passed some of it along to me for research. And I don’t want to forget the internet. There are lots of leads there. You just have to be sure you follow the string all the way to the end because sometimes there is a solution there.

Mike Joy: Are you trying to make the non-believers, believe? Is there a specific outcome you are looking for by writing this, some would say, controversial piece?

Kevin Randle: No, I’m trying to provide the best information about this subset of UFOs. I want to let people know that some of the information for which they search has been found… but just as importantly, I want to make sure that solutions, when they exist, are well publicized. We waste way too much time in going back over cases that should have been relegated to footnotes long ago. 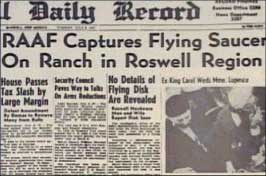 I have tried to find the most current information available, have talked to many of the investigators or witnesses as I worked on the book, and found a couple of solutions for cases that have haunted us from the very beginning. There are many cases that have no current solution, and I look at many of them as well. But when it is pretty clear that a case, like the Spitzbergen UFO crash is a hoax and yet we still talk about it, I think we need to get that information out as well.

Mike Joy: And, along with the previous question, do you feel this book could spark any controversy within in any sector or group?

Kevin Randle: It already has. There are those who have again investigated the Aztec UFO crash and who believe it to be authentic. I have been in email communication with the latest investigators, but they have not provided any new information to me. They ask I wait until their book is published and that seems like a fair request to me.

I’m sure that more controversy will develop around the Del Rio case. I believe the prime witness, in fact the only witness, has been less than candid with researchers. His military records do not match the claims that he has made. The two researchers tell me that he has additional records, a claim he has been making for a year but nothing new has appeared. Besides, I found the original story he told in 1968 and it does not match what he is claiming today. There are major changes to his story and that suggests that it is not real.

Mike Joy: Did you have any difficulty collecting this data, well mainly, the not-so-talked-about sightings? I couldn’t believe there were so many unspoken of?

Kevin Randle: Not so much difficulty as time consuming. A couple of the crash cases came from the Project Blue Book files and I sort of stumbled across them as I was looking for other information. Some I heard about and either contacted investigators or found information from newspapers and new broadcasts on the internet.

I heard something about a crash in Ottawa in July 2009 and emailed Chris Rutkowski about it. He provided some good insight into what happened… but I also was able to access newspaper stories about it so I had a range of information from the first few hours when there was great confusion to later stories and what Chris learned that helped provide solid information.

Mike Joy: What do you think is the reason for ONLY a select few incidences to be made public? Why are there not stories about the multitudes of others? Which brings me to why do they feel the need to
cover so many up?

Kevin Randle: This is a complex question. A major part of the reason that so few crash cases have reached the public is Frank Scully’s Behind the Flying Saucers, which told of crashes in New Mexico and Arizona in 1948… the most famous of these being the Aztec crash. In 1952, a reporter for True magazine investigated and then wrote an article about Scully’s book and the information about UFO crashes in it and thoroughly destroyed the credibility of the book. From that point on most, if not nearly all, UFO researchers discounted UFO crash stories out of hand. They just wouldn’t look at them.

Len Stringfield began to collect the stories and in 1978, at the MUFON Symposium presented a paper suggesting that we might want to look a little deeper into these tales. He sort of launched us all into the crash/retrieval research.

But the other problem was that there were so few witnesses to most of the cases. Unlike Roswell where there were dozens, most of these tales involve a single witness and little or no corroborative information. Without more to work with, most people just ignore them. I hope that the book will inspire some others to look at these cases and maybe find the corroboration that has eluded us until now.

Mike Joy: Do you personally have any non-believers within your immediate circle such as colleagues,
friends, family, if you don’t mind me asking?

Kevin Randle: Certainly. If you look at my blog you’ll find a number of skeptics who regularly post there. I have communicated with some of them on a personal level. I knew Phil Klass quite well. We sparred frequently about UFOs, especially Roswell. You’ll also notice that in the book I have information provided by skeptics such as Tim Printy.

I believe that we need to examine all points of view. The skeptics sometimes get it right and we’d be foolish to reject their information because it is in conflict with what we believe to be the truth. Sure, they often get it wrong, but we do need their opinions. I often thought that Phil Klass made us work all that much harder because we were anticipating the questions he’d ask and we’d want to have answers.

Mike Joy: And you did a superb job listing all of the lesser-known accounts. Again, so many, it’s mind-boggling! However, why did you not go more deeply into each sighting’s account? 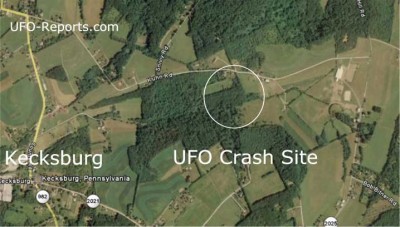 Kevin Randle: Probably for a number of reasons. I tried to publish all the information that I had on a case. Some simply didn’t warrant additional space because it was clear that a mundane explanation was available. I’d seen them listed in other work and thought I needed to provide the information. But, in the end, it came down to what I had available about the case and sometimes that was all that was available. My thinking was that someone might have better information and let me know. I think of the 1947 crash report from San Diego. Originally, in the mid-1990s, I have about one paragraph of data. But I learned from many different sources what I needed so that I could fix the original errors and provide new and better information about the incident.

Mike Joy: I’m curious as to how long it took to compile all of the information regarding references, incidences, testimonies, cover-ups/hoaxes, witnesses, etc…? It must have taken a tremendous amount of research & time!!!!

Kevin Randle: You might say that this was the culmination of two decades of research, if you allow me to date it from the very first work I did on a UFO crash in 1988. I have been gathering this information for years and years and trying to keep it organized in some useful fashion. You might say that this book was my way of organizing all that research into a single place… which is not to say that the work is done.

Mike Joy: And do you have any books you are currently working on or will be in the future? If so, about when would they be released?

Kevin Randle: I have been working on a book called Confessions of a Ufologist, which covers the very beginnings of my interest when I was a member of the Denver UFO Society, to investigations I did while in the Army, but not as a part of any Army assignment. I talked to Carroll Wayne Watts about his contact/abduction not long after all that erupted in 1967 and am carrying it through my latest work. I’m hung up right now on the Roswell stuff simply because there is so much of it, but also because much of it has been published in the past. I’m not sure when I’ll get this done.

Thank you Kevin for joining us at Horrornews.net to talk aliens and cover-ups.