Home | Get your Dose of ‘Poetic’ Violence in New Cowboy Thriller

Get your Dose of ‘Poetic’ Violence in New Cowboy Thriller

On Saturday, June 30, 2012, at the Tebala Shrine Auditorium,
Matthew Cichella will present his first feature film release for an intimate WORLD PREMIERE screening in his hometown of Rockford, IL. Two short films – Travis Legge’s “Taxidermy” and Myke Wilson’s Event “Invitation” – will be shown prior to the screening of “Poetic”.

Tickets are $10 and can be purchased either at the door or in advance at www.poeticmovie.com

Advance Tickets are also available at Disc Replay in Rockford.

About the writer/director:
After writing screenplays for several years, and not wanting to sell off his original ideas, Matthew Cichella finally stepped behind the camera in 2006, directing his first production, “Obsession.”

After many months of diligent work, Matthew plans to unleash his newest feature film, “Poetic”. This is his first full length film and the culmination of a dream come true for the writer/director.

He still resides in Rockford, Illinois. While he loves the glamorous life that Hollywood can bring, he remains faithful to his hometown roots and doesn’t see a change of location any time in the near future.

Poetic is an intense, sexy, character driven psychological thriller that centers on a world full of deceit, passion, and revenge. One couple finds themselves caught in the middle of this when they are kidnapped by “Cowboy”, a mysterious and merciless renegade killer who takes karma in to his own hands. Now prisoners in their own home, the couple is turned against one another and forced to relive their dirty little secrets. Their domestic quarrel turns in to a nightmare they might never awaken from.

The Soundtrack Musicians:
The original soundtrack for this film was created by Rockford’s own talent. We have Holland Zander of the “Sensations” and “Steve Lindsay & Whiskey Train”, Tom & Crystal Parrott from “Nikovtyme” & the “Hall Of Fame Trophy Gang”

There will be alcoholic beverages available in the Tebala Shrine Pyramid Club and they will be featuring Hayes beer products (including Miller Lite, Killians, Coors Light, etc.) Must be 21 w/ Valid photo ID.

DISCLAIMER: POETIC is UNRATED: It contains adult language, graphic violence, strong sexual violence, and simulated rape. It is NOT suitable for anyone under the age of 18. All attendees must present photo ID at the time of admission. 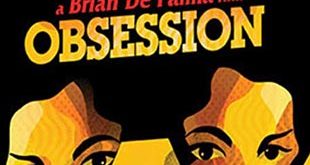