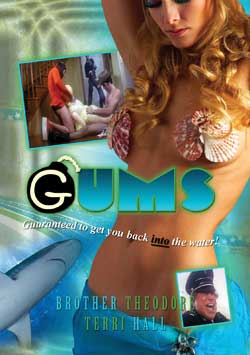 A killer nympho mermaid with an oral fixation prowls the ocean waters, devouring – up to a point – any man unlucky enough to be swimming naked.

So in 1975 Steven Spielberg directs one of the greatest horror films ever made “Jaws” starring Roy Schneider, Richard Shaw, and a then unknown Richard Dreyfuss. This is one of the first well-known summer blockbusters and really the film that launched Steven Spielberg’s career. Of course after a mega success of this nature the only thing that the p*rn industry can do is make its parody. Case in point “Gums.”

“Gums” is a very bizarre almost art film that parodies “Jaws.” “Gums” stars a cast of virtually unknowns the biggest name is brother Theodore whom you might remember as one of the evil neighbors from the film “The Burbs.” Who plays in a Nazi named Captain Carl Clitoris I’m glad to say does not get naked – play the Robert Shaw shark Hunter roll. The rest are all a bunch of weird unknowns. 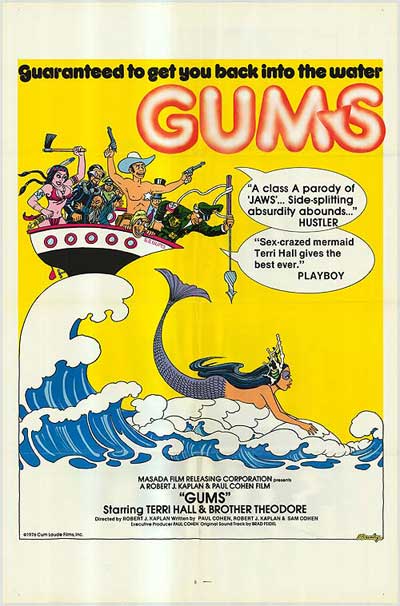 This film is so much like Jaws, well thematically as well as in the opening and closing, that if it were not for the mermaid kills men by sucking on their dirty no no spot and the giant dildo found washed ashore I’m sure that Mr. Spielberg’s lawyers would be at the throats of the producers of “Gums.” If you’ve been living on a planet other than Earth let me go ahead and describe the plot of “Jaws” and or the plot of “Gums.” A small seaside town is terrorized by a giant shark/mermaid after the town’s officials refuse to accept that their quaint summer town is being terrorized by said giant shark/mermaid they are then humiliated into having to hire a fisherman who specializes in going after giant sharks/mermaids. The shark killer is an Ahab type who teams up with the local law enforcement and a Marine biologist to go out to the open ocean and hunt the killer shark/mermaid.

“Gums” is not a piece of 70s hard core it’s very soft with lots of nudity, and enough beaver shots for a Canadian fur trapper and a bunch of weird things happen along the lines of underwater fart eating and a three-way with a rubber doll. The film is entertaining yet only clocks in at 106 minutes and at the same time feels like a mix of Bob Creese plus something a tad more unwholesome… Like a mermaid, who doesn’t have a tail (just legs, is that really mermaid?) coming up through a toilet to orally entertain… yet with a censor bar…

There is a lot of awkward intercutting with Adam West styled “Batman” blurbs, making out with puppets and a score done by Brad Fiedel who would latter go onto scoring “The Terminator,” “True Lies,” “Johnny Mnemonic” and other films that spent in day on catering what was greater than the total of the “Gums” budget. But it’s not the size of the budget… Most of the time. 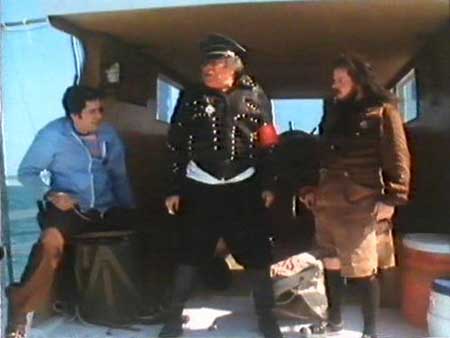 Also included on the DVD are 3 real 1960’s maybe 70’s stag films. Just good old fashion movies of women who were desperate for money and took their clothes off –in front of a camera, like professionals. If you’re a fan of Betty Page’s work with Irving Claw you’ll probably dig this strange side track in a lost piece of smut history, all three films are in black and white and silent. Lots of garters… if you’re into that kind of thing.

My only complaint about “Gums” and the 3 shorts is the transfer quality is very poor, so not only is the film scratched, as it should be, but it looks very digitized –as it shouldn’t be. 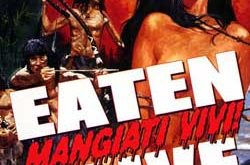 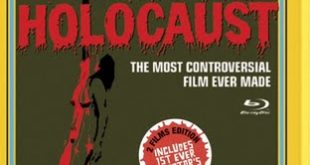