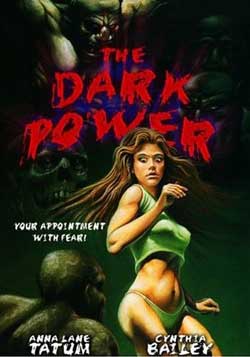 A group of college students move into a house, unaware that it sits atop the burial ground of an ancient tribe known as the Toltecs. Of course they end up pissing off the spirits of the people buried there and before you know it there are Native American zombies running amok killing everyone in sight. Thankfully for them though, a badass ranger named Girard (who is very skilled in using a whip) comes to their rescue and the only thing on his mind is kicking some zombie ass.

What do you get when you combine horrible acting, cheesy characters, Lash La Rue (and his always present whip), some hokey-looking Native American zombies and a goofy dialogue? One hell of a good time. I had never even heard of The Dark Power before I watched it recently, so I wasn’t sure what to expect when I popped it in my DVD player. After watching just a few minutes of it I knew that I was going to like it just because it was so cheesy. I am pretty sure that the filmmakers intended for it to be a legit horror film, but there are so many instances of unintentional humor that it is very hard to take it seriously. While I am pretty confident that it will never be considered a horror classic I had a great time watching it and wouldn’t say that it was a bad movie (believe me, I have seen a lot worse). The best way to describe it is that it is just a fun, corny movie that you can’t help but like. 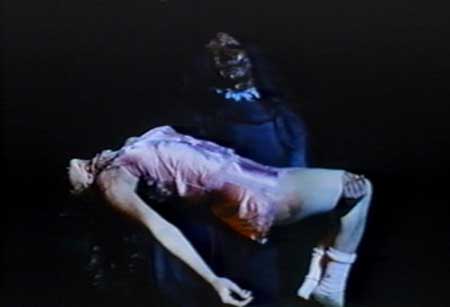 Yes, this movie serves up a heaping helping of cheese, but I think that is why I liked it so much. How can you not like a movie that starts out with La Rue saving a helpless little boy from a pack of “vicious” dogs (who all look like sweet, lovable house pets) using only a whip? I know that this scene has nothing whatsoever to do with anything that takes place in the movie and was only shot to show off La Rue’s prowess with a whip, but I liked it due to the pure cheesiness of it. The plot of the movie is cheesy, the characters are cheesy (more on them in a moment), the zombies look cheesy, the death scenes are cheesy, and the “action” scenes that take place where La Rue bravely battles the zombies are -you guessed it- cheesy. I love cheesy movies though, so I had a blast watching The Dark Power. I mean come on, how could you not love a movie that has the line “Feel my whip, you son of a bitch!” in it? 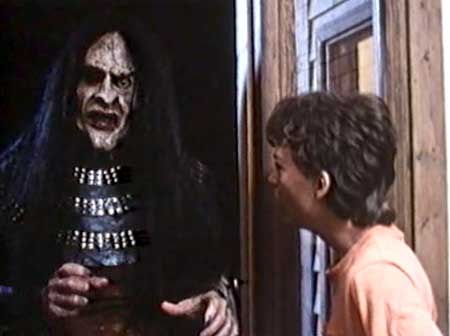 The characters also help make this movie a wacky little cheese fest. We have an assorted group of college students who decide to move in together even though in real life these people would probably never even associate, much less live together. These characters are made up of your usual suspects including the asshole, the asshole’s friends, the racist chick, the black chick (wow, do you think she will get along with the racist?), the “hot” chick who is obsessed with working out (she wears spandex tights and a headband to let us know that she is serious about fitness), and of course, the plain Jane chick that we know right off the bat will be the “final girl.” Of course we also have Ranger Girard (and his faithful whip) that enjoys kicking ass and taking names when he needs to do so. My personal favorites though, have got to be Uncle Earl and his nephew Cletus. Earl enjoys sharing pearls of wisdom such as “It smells like a fart!” with others when he isn’t busy passing gas as loud as humanly possible all over nine-year-old Cletus. Cletus is cool too because at one point he takes off in Earl’s truck (and drives like he’s been doing it for years) much to his uncle’s dismay. None of these characters may be very realistic (except maybe for Earl as I really have known people like this), but that didn’t keep me from liking them. Well, most of them anyway (that racist chick is very annoying and her voice could shatter glass). 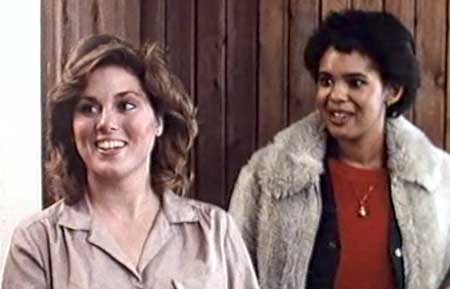 While I was doing a little research on the movie before I watched it I saw a lot of people making fun of the way that the zombies looked. I’ll admit that they aren’t the best looking zombies to ever hit the screen, but I wouldn’t say that they looked terrible. A couple of them are actually pretty tough looking (the one with the bow looks pretty damn awesome if you ask me) so I am not sure what all the bitching is about. I also saw a lot of people complaining about the poor gore effects and lack of cool death scenes, and once again I have to disagree. I was actually surprised by how many people were killed in the movie, and as for the special effects I thought they looked fine considering that the movie is pretty low budget (the scene where the guy has his face pulled apart rocked if you ask me). 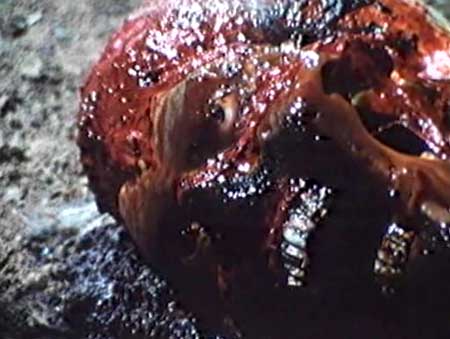 The Dark Power reminded me a lot of Killer Klowns from Outer Space as it is silly, campy, and just a lot of fun. I liked it a lot more than I thought that I would, and I think that if you don’t take it seriously you will enjoy it as well. Check it out if you run across a copy of it, I would recommend watching it with a group of friends to enhance your enjoyment of it. 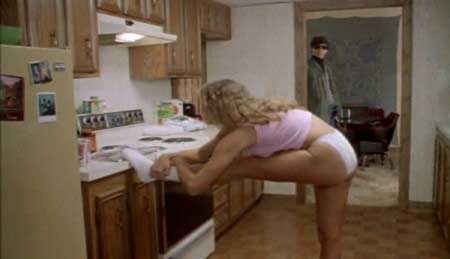 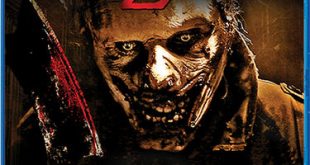