Four friends embark on a trip in an RV, but soon find themselves running for their lives.

Who doesn’t love Debbie Rochon? She is one of the original scream queens and a legend in the genre. She’s a sweetheart in person and an all-around great talent. That isn’t to say that everything she does is golden. More often than not, while she shines, the film just stinks. “Stopped Dead” isn’t awful, it kind of gives off a bitter scent that at times may smell sweet for a moment then mostly just smells of ass. There are a few things to enjoy in the film, the acting is solid, some of the off-handed dialogue is pretty funny, but the story was rather predictable and nothing much really happens to make the film exciting or even much fun. So, is “Stopped Dead” even worth your time? Read on and find out.

The film follows two middle-aged couples, Bob (Joel Wynkoop) & Margaret (Debbie Rochon), and Dante (Kevin White) & Minerva (Karen White), as they are embarking on an RV trip to go camping. Dante owns a trucking company and has loads of money while Bob is an old friend and one of Dante’s drivers. There is a bit of jealousy and pride coming from Bob. He keeps having nightmares about Margaret having an affair with Dante. Aside from Bob being a bit on edge, the trip starts off great. When Bob becomes too tired to drive, they pull over for the night in what they think to be an abandoned area. Bob goes outside to use the bathroom and witnesses a murder. The murderers are quickly on their tail and they have to find help before it is too late.

I really wanted to like “Stopped Dead”, but truth be told, it was mediocre at best. Now I know that Debbie Rochon has a large legion of fans that will watch anything that she is in. So this film is for you. It really doesn’t offer much else. The cast was all solid and each brought something unique to their respective roles. One thing I do have to praise director Jason Liquori for was for fashioning this tale for a middle aged group of folks as opposed to the ever so present teenagers. It’s what sets the film apart from being a complete waste of time.

This was without question a do it yourself affair and it shows. Much of the camera work is very shaky and a bit dizzying. The editing was passable but a bit choppy. And the pacing was set a bit too slow and could have benefited from a few more trims to tighten the proceedings a bit. Though I liked the music in the film, it still felt horribly out of place. 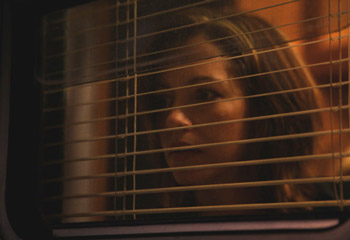 When I first started watching “Stopped Dead”, the first thing that came to mind were the films of Tim Ritter, director of the cult classic “Truth or Dare”. Maybe because of Wynkoop, but mostly because of the shot on video look to it or lack of production value. As far as the story goes, I appreciated the characters the most. They were well drawn out and the actors did a terrific job at bringing them to life. Each were unique personalities within their respective relationships with very real problems. Some of their decisions baffled me a bit. I can’t for the life of me understand why they would go through this whole ordeal (murders, chases, etc.) then at the tail end of it say, “Hey, I have a gun.” Why wait?

If “Stopped Dead” would have been played more for laughs then maybe I could have found myself rooting a bit more for the film. Kevin White has a few laugh worthy moments and would have enjoyed more of that playfulness within it. Instead, we are left with solid characters with solid actors and a horribly flawed and predictable story. If you’re a hardcore fan of those involved then by all means check it out. For me, it was O.K. That’s about the highest compliment I can give it. ** (out of 5) 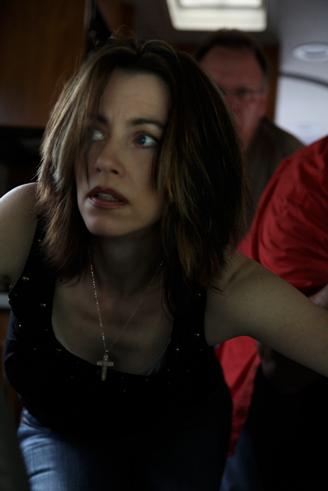