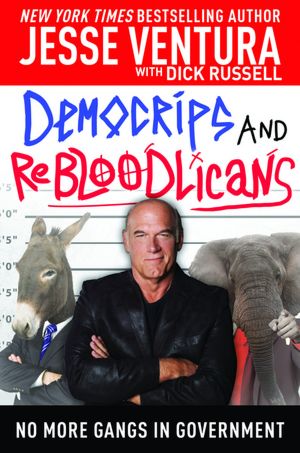 “It shall be unlawful for any national bank, or any corporation organized by the authority of any laws of Congress, to make a money contribution in connection with any election to any political office.” —Teddy Roosevelt, The Tillman Act, 1907

“[Political parties]…become potent engines, by which cunning, ambitious, and unprincipled men will be enabled to subvert the power of the people and to usurp for themselves the reins of government.” —George Washington, 1796

It doesn’t seem to matter which political party wins the 2012 presidential candidacy: “The welfare of the American people is the third priority to any president,” states Governor Jesse Ventura. “First there’s the promises to the corporations which paid millions of dollars to fund his campaign, next his allegiance to his political party, third on the list is what would be best for the nation.”

In his new book, DemoCRIPS and ReBLOODlicans: No More Gangs in Government, New York Times bestselling author and former Minnesota governor Jesse Ventura exposes how the two major parties have allowed corporations, lobbyists, wealthy individuals, and Super PACs to manipulate elections, bribe elected officials, and silence the average American voter. Through analyzing historical documents such as the Bill of Rights, the Constitution, and letters of forewarning from the Founding Fathers, Ventura uncovers the development of the two-party system and unravels the ineptitude and gang-like mentality of both parties to reveal:

Government Salaries, Healthcare, & Retirement Benefits: “The average representative makes $174K a year, while the average American household makes $50K. In 2009, 261 of the 535 members of Congress were millionaires. In short, our federal lawmakers are nine times richer than the average American. They vote on their own raises, healthcare, and pension plans, and we are left with the bill. If government-run healthcare is good enough for Congress, it should be good enough for the rest of us.”

The Postal Service: “At age 236, the U.S. Postal Service is older than the Constitution. Congress used this financially sound institution as a slush fund by borrowing the retirement and Social Security benefits of the employees. Couple that with the Postal Accountability Enhancement Act and it’s obvious that UPS and FedEX have nothing to do with USPS branches closing around the country.”

Iraq & Afghanistan: Our First Contract Wars: “The government hired corporations to do the jobs of our troops. Pay scale ranged as high as $1,500 a day for contract workers, far beyond what our troops will ever be paid for serving our country. Now the government runs its wars without the involvement of citizens, without a draft, without mass protests. The Pentagon itself acknowledged that $8.2 billion of taxpayer money flowed through contracts into Iraq, but there wasn’t enough recordkeeping or oversight to determine what this money actually funded.”

Insider Trading in Congress: “On average, members of Congress beat the market by 12% a year. This is way beyond luck or just being smart. Not even Warren Buffett does that well. No wonder they gave Goldman Sachs a $30 billion taxpayer-funded loan at .01% interest. In return, our interest rates for late credit card payments rose over 25%. When it comes to campaign funding, Goldman has contributed over $400K to ‘Twitt’ Romney, Representative of the 1%.”

The Rigging of Electronic Voting Machines: “The corporations that invent electronic voting machines are legally allowed to commit voter fraud. The ES&S touch screen voting system flipped votes in 2010 against Governor Rick Perry. ES&S denied any unbiased, independent verification from outside of the corporation to recount the votes, stating they can withhold the votes due to copyright and material ownership of technology. Our votes no longer belong to us; they are the property of the corporations. The only way to counteract voting fraud is to go back to a system where there is a paper trail.”

Super PACs, Religion, & Lobbyists: “The Tea Party is funded by Koch Industries, or Big Oil. The Koch brothers gave over $55 million in bribes to scientists to say global warming is a hoax. They are a vast political network, sponsoring Christian conservative rallies and funding political ad campaigns nationwide. They are instrumental in busting unions and they pushed for the Citizens United/ ‘corporations are people’ law.”

The Media: “Otherwise known as slaves to their advertisers, the media cares more about ratings than covering the important issues. They have no incentive to report reliable, unbiased news when their corporate sponsors advocate the idea that there are only two sides to politics.”

Much like the Occupy Wall Street movement, governor Ventura believes that our government has lost touch with what our Founding Fathers had in mind: “They wanted us to vote for individuals and what each individual stood for, not the political agenda of a particular group.” He now calls for the abolishment of the party system. “It is my hope that this book is a step toward winning back our country,” he says. “I can’t be an advocate for third party politics anymore because parties don’t run on ideas, they run on funding from sources interested in only amassing more power.” As the 2012 election season approaches, DemoCRIPS and ReBLOODlicans will most certainly be a cornerstone for reforming our electoral system.

About the Author
JESSE VENTURA is the former Independent governor of Minnesota. He is also a former U.S. Navy SEAL, professional wrestler, movie actor, a visiting fellow at Harvard Kennedy School of Government, and a New York Times bestselling author. He is currently the host and executive producer of TruTV’s Conspiracy Theory with Jesse Ventura. He has a reputation as the ultimate non-partisan truth-seeker and he has no qualms about questioning authority. His official website is: weaintgottimetobleed.com/ 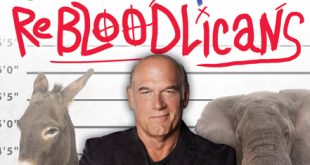 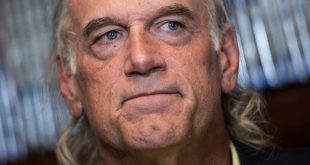 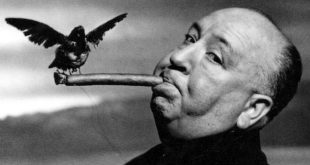