Michael Biehn Headed to ‘The Farm’ 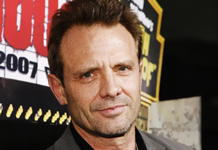 Genre mainstay Michael Biehn seems to have found himself a nice little niche with a little resurrection of the grindhouse genre. It all kind of started when he starred in the film GRINDHOUSE and his last couple films have all been in that down and dirty 70’s style.

He’s decided to team up with director Xavier Gens with whom he worked on THE DIVIDE for a handful of projects the first one being THE FARM.

THE FARM will tell the tale of Johnny Dickens (Biehn) who went to hell and back fighting for his country, only to return to Texas a broken man, both inside and out. Now Johnny must fight his inner demons in order to save his farm not merely from a greedy corporation but also an inhuman horror which threatens to devour the American heartland.

Laced with dark humor and pulse- pounding action harkening back to the glory days of John Carpenter as well as Grindhouse Films, Xavier Genâ€™s THE FARM features an impressive genre cast including scream queen Danielle Harris (Hatchet, Halloween), Jennifer Blanc (The Divide, â€œParty of Fiveâ€) as well as other alumni from The Divide including Michael Eklund (Hunt to Kill), Ivan Gonzalez (Rich Kids) and Courtney B. Vance (Extraordinary Measures).

Shooting is slated for early next year. A duo of other films are on the slate after that. Always good to hear about a new Biehn project! 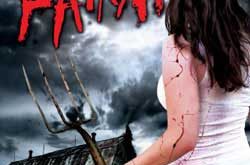 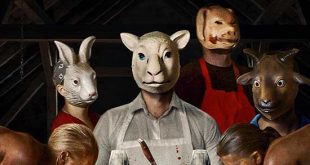