Home | ‘The Grey’ Brings the Wolves Home May 22

‘The Grey’ Brings the Wolves Home May 22 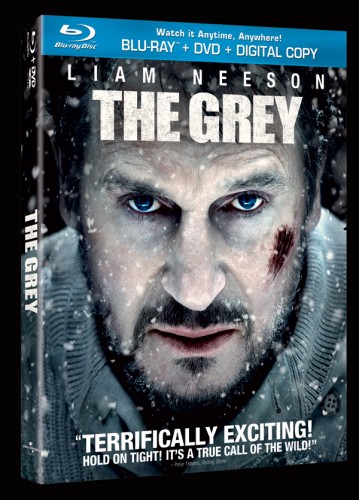 UNIVERSAL CITY, Calif., March 20, 2012 /PRNewswire/ — When a plane crashes in the remote Alaskan wilderness, the survivors must battle extreme weather conditions, devastating injuries and a pack of rogue wolves in order to stay alive in the riveting action adventure The Grey, coming to Blu-ray™ Combo Pack with UltraViolet™, as well as DVD, Digital Download and On Demand on May 22, 2012, from Universal Studios Home Entertainment. Starring Academy Award®-nominee Liam Neeson (Schindler’s List, Taken), The Grey pits man against nature in a non-stop, life-or-death battle that Jake Hamilton of FOX-TV calls “mesmerizing, electrifying and terrifying,” adding, “The Grey is a viciously unnerving epic adventure that will hunt you with excitement, bury you in panic and outright scare the hell out of you.”

The Grey Blu-ray™ Combo Pack delivers the film in perfect hi-def picture and perfect hi-def sound and features bonus content including deleted scenes and feature commentary by co-writer and director Joe Carnahan and editors Roger Barton (Transformers: Dark of the Moon) and Jason Hellmann (G-Force). The Blu-ray™ Combo Pack also includes UltraViolet™, a DVD, and a Digital Copy of the film – so consumers can truly enjoy the movie anytime, anywhere, on the device of their choice! UltraViolet™ is the revolutionary new way for consumers to collect movies and TV shows and put them in the cloud. From there, they can download and stream instantly to computers, tablets and smartphones. In addition, consumers can redeem a Digital Copy of the film from a variety of retail partners, who offer many viewing options including iTunes®, iPad®, iPhone®, iPod™ touch, Android, connected televisions, Blu-ray player apps, and more!

BONUS FEATURES EXCLUSIVELY ON BLU-RAY™:
UltraViolet™: The revolutionary new way for consumers to collect movies and TV shows, store them in the cloud, and download and stream instantly to computers, tablets and smartphones. Currently available in the United States only.
Digital Copy: Viewers can redeem a digital version of the full-length movie from a choice of retail partners to watch on an array of electronic and portable devices.
U-Control: Picture-in-Picture: Featuring pre-visualization and storyboard comparisons of some the film’s most exciting scenes.

pocket BLU™ App: The popular free pocket BLU™ app for smartphones is now even better with newly updated versions for iPad®, Android™ tablets, PC and Macintosh computers, with features made especially to take advantage of the devices’ larger screens and high resolution displays. Advanced Remote Control: A sleek, elegant new way to operate your Blu-ray™ player. Users can navigate through menus, playback and BD-Live™ functions with ease.
Video Timeline: Users can easily bring up the video timeline, allowing them to instantly access any point in the film.
Mobile-To-Go: Users can unlock a selection of bonus content with their Blu-ray™ discs to save to their device or to stream from anywhere there is a Wi-Fi network, enabling them to enjoy content on the go, anytime, anywhere.
Browse Titles: Users will have access to a complete list of pocket BLU™-enabled titles available and coming to Blu-ray™. They can view free previews and see what additional content is available to unlock on their device.
Keyboard: Entering data is fast and easy with your device’s intuitive keyboard.

Liam Neeson stars as John Ottway, a sharpshooting wolf hunter who becomes an unlikely hero, leading a group of oilrig roughnecks on a death-defying backwoods trek through the Alaskan wilderness. When a plane transporting them to Anchorage crashes on a remote mountaintop, eight survivors must find their way back to civilization or perish in a frozen wasteland. With Ottway as their guide, the ravaged group faces hostile terrain with limited supplies. Most terrifyingly, they are stalked by a pack of fierce and cunning wolves. In order to survive, they will have to turn the tables on the ferocious predators in an unparalleled wilderness adventure. 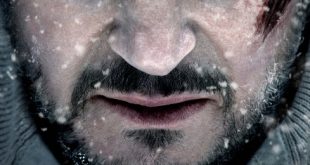