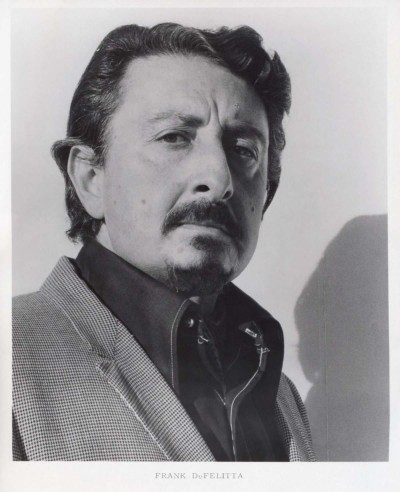 Why do you think “Dark Night of the Scarecrow” has become such a classic among horror fans?

Because the story was a classic. When I was first offered the opportunity to direct it, I turned it down without even reading it. When I finally did read it, I found it to be a brilliant work, a veritable masterpiece of occult art, so I immediately contacted the author, J.D. Feigelson, and arranged a meeting. My concern was budget
and schedule. Having made a number of TV movies, I knew from experience that low budgets and tight shooting schedules are hazards I must avoid. But the material I had was extraordinary.

But could I do justice to this fine work, considering all the limitations? I made the decision to do it, not an easy job, but one accomplished by a great team of actors, and a crew that gave their all to its doing. Basically, it was an outdoor shoot in sweltering summer heat. The picture came in on budget and schedule, and opened at the WGA theater to good attendance and good applause at its conclusion. For ten years or so, nothing was heard about it. And then, slowly, it began to be seen on a few replay stations, and then, at last, it had a big shot on Halloween, first on a local station, then on a national station, where it played every Halloween for about ten years. From this vantage point, it was seen and loved by a large bunch of horror fans, who found their own copies in the DVD marketplaces all over the country. And the rest is history.

Do you recall any interesting stories that happened while making “Dark Night of the Scarecrow”?

I recall one interesting thing that happened during the halfway mark of the filming. We discovered that we didn’t have a scarecrow, and the schedule called for its appearance the next day. The art director tried to create one, but it was too Disney-like, not at all scary. Finally, it took the writer, J.D. Feigelson to bend to the task. And he created a wonderful scarecrow that audiences can now see and enjoy.

What was the biggest challenge you had making “The Entity”?

The script of The Entity was adapted by me from the novel I wrote, which is still in print. It all began with a documentary I wrote, called The Stately Ghosts of England, which boasted three mansions replete with ghosts, both seen and heard by a great number of witnesses. Two young men, teaching assistants of Thelma Moss, head of the Parapsychology Department at UCLA, came to see me. They told me of a case
they were following of a woman who claimed to being raped almost nightly by a huge ghost. When I stopped laughing, they invited me to meet her, claiming she was the real thing, and they, as serious parapsychologists, believed in her.

When I met her, she seemed to be serious, but the tale she told was, to me, beyond belief, whereupon I left. A week later they cornered me again, and invited me to a seance in her home that very evening where they were sure they would make a believer of me. It was hard to resist. Along with a friend of mine, I attended the seance, expecting nothing but a misspent evening. Arriving, I was shocked to find her small bedroom crowded with people, some parapsychologists from other universities, and a group of English scientists, including the head of their department, Thelma Moss.

It was up to Doris to produce her seducer, in some form. There was a long period of hearing her strong, unceasing exhortations to her wraith, whose serious and punishing attacks she sorely hoped to be rid of. “Reveal yourself!” she shouted. “Show yourself to my army, if you have the guts!” This was followed by Thelma Moss’ strident command: “If you truly exist, and seek validation, make yourself known!! Show yourself!” And then, it happened. To everyone’s shock, a series of fireballs shot around the room, like a roman candle, some striking people, who fell to the floor, in an attempt to evade their scorching power. Doris screamed, “We don’t want your lights! WE WANT YOU!! SHOW YOURSELF!!” A moment of silence followed. And then, in the dark room, a fuzzy, cloudy form began to manifest itself to the further horror of all assembled, the form vacillated between visages sometimes beautiful, sometimes bestial, folding one into another in rapid motion, finally extinguishing itself with a loud POP. A tumult of screams filled the small room.

Several women fainted, while one man sat on the floor, holding his head in disbelief. My friend and I, beyond words, aimed for the door, and left. Outside, I attempted to analyze what I had seen, and whether or not it was real, and not a deception. An hour later, a semblance of calm having returned, people got in their cars and left. Some in a daze, some laughing, some shaking their heads in doubt and disbelief. No one left unaffected.

Later, everyone who had attended the seance expressed a total belief in what they had seen and experienced. I was one of them. Totally convinced, I quickly sought the help of Doris Doner, and together, after a year of meetings and taping sessions, I retired to my home and wrote the book, “The Entity.” The film followed starring Barbara Hershey. Both book and film were entirely successful.

What is the key to writing a great suspense and horror stories?

Seek the truth in all corners of life, and when you find a story in real life that challenges you, study it, develop it, work it out, and if you truly believe in what you write – totally believe in it – it must surely be communicated to the entire world.

Tags Dark Night of the Scarecrow Frank DeFelitta The Entity 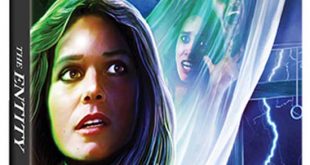 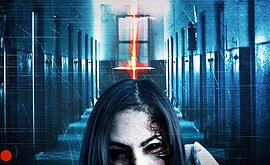