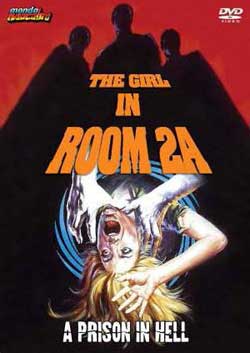 A sadistic killer cult kidnaps and sacrifices beautiful women. A young girl, just paroled from prison, moves into a strange house and appears to be the cult’s next victim.

“The Girl in Room 2A” seems to know exactly what it is, and to cater to it’s audience. It achieves a formulaic deliverance, while staying fun, enjoyable, and ultimately entertaining. This piece is the last to come from smut-pedlar William Rose (“50,000 B.C. (Before Clothes) (1963), “Rent-a-Girl” (1965)), whose work behind the camera seems to have translated into a fun genre piece, that has earned a small cult following, even if it hasn’t reached the heights of other similar pieces, e.g., “Deep Red” (1975), “Cannibal Holocaust” (1980), or even “The Beyond.” 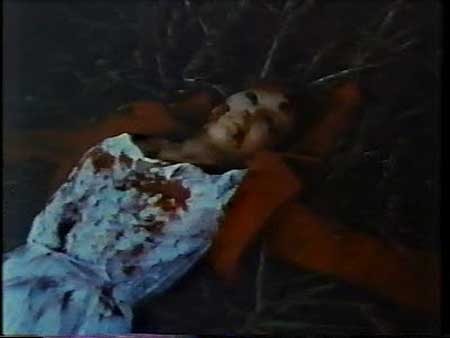 A piece of the ever popular 1970’s Italian mold, this one starts off right away with a graphic kill scene, nudity, and a mysterious killer. The viewer is then introduced to Margaret, played by the beautiful Daniela Giordano (“Four Times that Night” (1972), “Have a Good Funeral, My Friend… Sartana Will Pay” (1970)). After moving into a boarding house, Margaret faces numerous strange occurrences. The first of which is that she was mistakenly put into jail before her move, she meets a handsome man, Frank, who has an affinity for mannequins, and she meets another young man who’s sister occupied her own room previously. Jack, who’s sister Edie, was 2A’s previous occupant, reveals that his sister had some mistaken trouble with the law as well, before her alleged suicide. 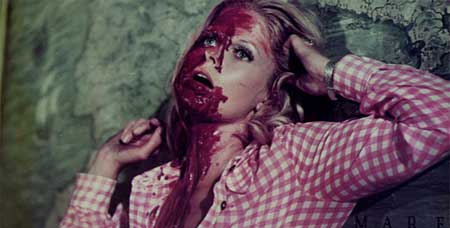 During the reveals of these different major plot points, the movie slows down. It shows Margaret trying hard to live a normal life, to an extent in which she even ignores some of the oddities around her. She stays in touch with her jail contact, Alicia, and gets things in order to move to a different place. Her semi-dates with these men, lead to a sexual and romantic relationship with Jack, of which Frank finds out.

While much of this time is spent developing a soap-opera like story, it is broken up by strange night time visions from Margaret, featuring a man in a red mask, harassing her in her room. She wakes up only to find the blood stain that has been on her floor since moving in, to be a brighter red than when she went to sleep. The same masked man is seen later, during a sort of ritualistic sacrifice and torture of a man, perhaps connected to the mafia. Things are left open to the viewer’s interpretation, mostly. 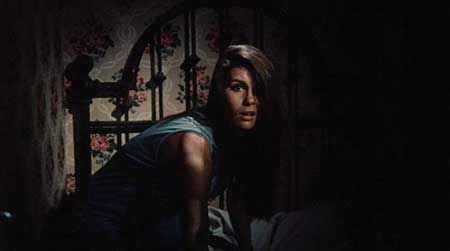 Classic Italian horror tropes are present throughout Rose’s piece. Crash zooms abound, with plenty of canted angles and static shots to boot. A great super-imposition of the blood stain and steps is used, to great effect, in the second act of the film. Of course, the English dubbing is bad, and in some DVD copies, the English language track is even lost at different points throughout the film. Lighting is mostly flat, and many of the cutaways, and alternate angles do not match previously set continuity. The soapy dialogue, mixed with these fan-loved clichés only add to the experience. 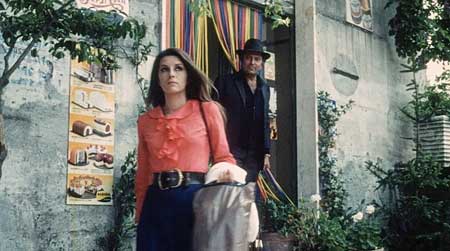 A tasty, and sexy third act revelation shows the motivations of the mysterious hooded figure. While visiting a surviving former tenant of room 2A, Margaret realizes that he strange dreams from the previous nights have been real, and that the man in the red mask is after her. At the risk of giving away too much, and spoiling half the fun, that’s about as far is this writer dares to go. 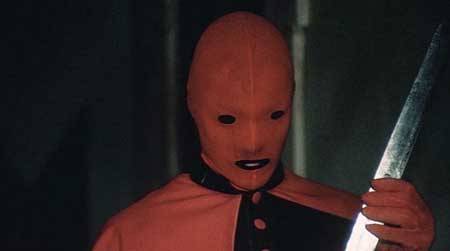 This movie does not reinvent, as much as it enjoys the stereotypes already present. The gore is bright and campy by today’s standards, and is slightly reminiscent of the Hammer films of the same time (“Dracula Has Risen from the Grave” (1968), “The Horror of Frankenstein” (1970), and “Frankenstein and the Monster from Hell (1974), among others). What is seen today as hokey, was at the time, exactly what the audience was begging for. It is still a worthwhile treat to watch for fans of this type of film, and is an enjoyable way to spend an hour and a half. 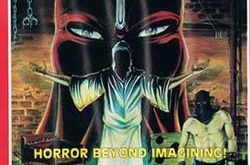 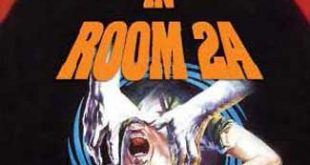 ‘The Girl in Room 2A’ Wants to Visit You!