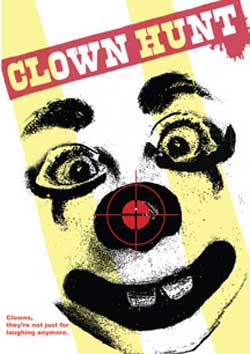 Not too long ago I read a blog  about Topher Grace’s eighty-five minute edit of episode one, two and three of Star Wars and as much as I’d like to see this it was, alas, a private screening for friends. However, the description was one of a concise and fast moving story that forgoes the luxury of subplots; no trade federation, no Jar Jar Binks, no pod racing. Without so many extraneous scenes weighing down the pace it seems to me that the immediacy of the story would come shining through and it’s a poignant lesson that other should take to heart. In the case of Barry Tubb’s “Clown Hunt” the lesson could have turned a hilarious film into something a bit more sublime. 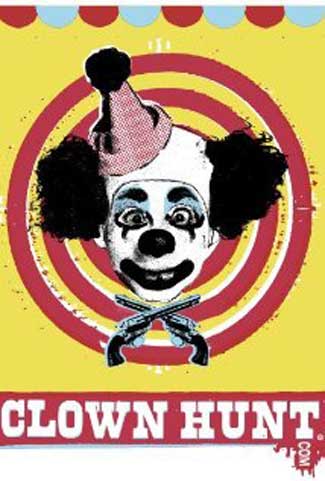 We follow a group of hunters as they prepare for the opening day of clown hunting season. This particular group isn’t all that different from other hunters, they have lots of fire power, some of the newest in clown hunting technology and plenty of beer. Being opening day they can only hunt happy clowns as sad clowns aren’t in season yet but there’s still more than enough to go around. As they prepare for the following day there’s added excitement around the camp as Albino Willie, an elusive and prized white haired clown, has been spotted roaming the area and would be a legendary kill. The hunters find that he may not be that easy to catch and that clowns aren’t as harmless as they seem.

For those with coulrophobia this movie may be a dream come true for not only are clowns hunted down but they’re not played up to capitalize on those fears. Instead these are real clowns, funny clowns, that desire little more than to entertain children and their families and perhaps make a balloon animal or two. Herein lies the genius as it turns those that fear clowns into the monsters and with great ingenuity turns the whole concept on its head. The idea behind Tubb’s script is inventive, funny and occasionally brash as he makes great use of different types and styles of clowns and their respective forms of entertainment. Whether it’s no hunting sad clowns (they’re not in season) or killing the exotics (who knew that close proximity to mimes will cause you to speak French) this is a clever and witty movie that even when it succumbs to baser humor it can still maintain its composure. 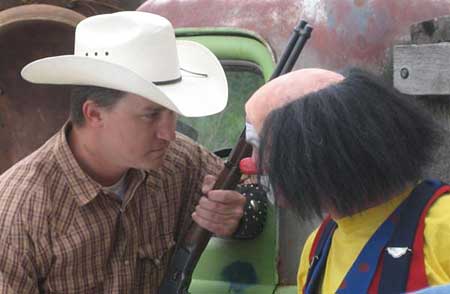 There are only two things holding “Clown Hunt” back from being anything more than a fringe cult hit that only more than a handful will watch. While there are many great ideas within this movie and numerous indelible characters and stories introduced none of them are ever fully realized. What starts out interesting and, in certain cases, compelling peter out into undeveloped scenes where there may be some humor but means very little. There’s a love story, kind of. There’s political intrigue, vaguely. There’s a lot of funny clowning, for the most part. There’s a clever protagonist, in a way. There’s even an overriding plot in all the greasepaint and neon bright colors, sort of. While good this problem begs the question, was this a case of not enough movie to go around or great material stretched too far?

All of this leads us to the second albatross around its neck, the pacing. This sense of being underdeveloped made much of the movie drag through sections where very little happens before coming around again. As is the case with Grace’s Star Wars edit, “Clown Hunt” might have been better served as a short movie where with this level of brilliance, depth may not be necessary. Conversely with more development of the story and characters, even at its short ninety minute runtime, the best parts would have shined all the brighter for it. 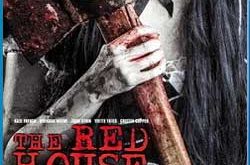 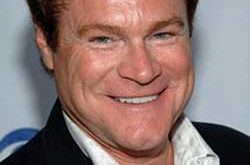