Buffalo, New York – The Buffalo Screams Horror Film Festival is calling for film and screenplay submissions for its 2012 edition. The festival, now in its third year, moves to the Market Arcade Film and Arts Centre, 3500 Main Street in downtown Buffalo, and expands to six days of programming, October 17th – 22nd. The move centralizes the festival in the heart of the city, offering a greater variety of restaurants, bars, and hotels to visitors. 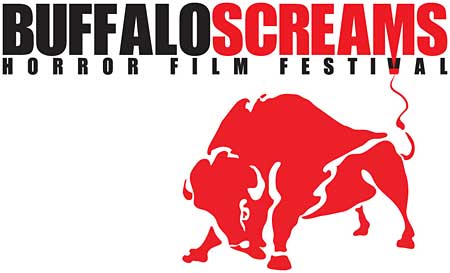 Emil J. Novak, who co-founded the event with fellow festival directors Greg Lamberson and Chris Scioli, serves as this year’s Chairperson. According to Novak, “The move downtown provides us with greater lobby space for guests and vendors, and also allows us to showcase the city better than if we held the event in the suburbs. Last year we booked twenty eight rooms for out of town visitors.”

In 2011, Buffalo Screams screened sixty-six films and handed out over thirty awards. Competition categories included Best Short, Medium Length, and Feature Horror Films; International Horror Films; and “More Than Horror” films (science fiction, action, thriller, western, etc.). This year, the festival announces two new competitions in addition to those categories. First up is the Faux Grindhouse Trailer Competition, sponsored by Ted Haynes of Stellar Productions. Filmmakers will submit a faux grindhouse trailer which runs one to three minutes in length, and the creator of the winning selection will receive a $500 monetary prize. The competition is open to filmmakers around the world, but the trailers must be in English and must be new.

Next, all short, medium, and feature length genre films produced in Western New York which are selected for screening will compete for the Best WNY Genre Film Award, with creators competing for the title of Best WNY Genre Filmmaker.

“We have a burgeoning film community here in Western New York,” explains Novak, “and we hope to inspire all of our local filmmakers to produce the best films they can, regardless of length. For this category, we’ll accept entries that are horror, science fiction, fantasy, or any other cool genre, but we want to see the best work that people can create.”

Past winners at the festival which have gone on to receive domestic DVD distribution deals include Absentia, El Monstro Del Mar!, The Mutilation Man, and The Defiled. The festival’s new logo is the “Blood Bison.” For submission details, visit www.buffaloscreams.com.