It’s Giant shark Week! – Nope but it is ‘Mega Shark vs. Mecha Shark’

LOS ANGELES, CA (March 23, 2012) – After fan-favorite Mega Shark battled a giant octopus and a ferocious “crocosaurus”, fans of the franchise have demanded more action from the enormous Mega Shark who can leap thousands of feet in the air and destroy half the Golden Gate Bridge. The Asylum, the motion picture production and distribution company behind films such as Syfy’s “Zombie Apocalypse” and “Battle of Los Angeles,” has met those demands by giving Mega Shark her most dangerous enemy yet, her mechanical doppelgänger – Mecha Shark! 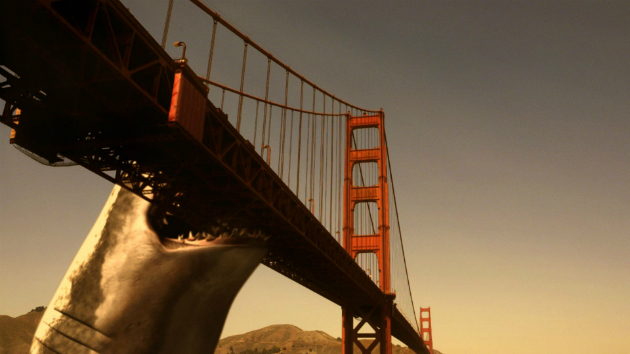 The Asylum has officially greenlit production on MEGA SHARK VS. MECHA SHARK, a much anticipated third installment in the “Mega Shark” franchise, following Mega Shark vs. Giant Octopus in 2009 and Mega Shark vs. Crocosaurus in 2010. When Mega Shark returns in this all-new feature film, the government releases the top-secret Mecha Shark to defeat the franchise’s popular monster in a fierce battle that threatens the planet.

“The fan response to the Mega Shark franchise has been rabid,” said The Asylum partner Paul Bales. “In addition to a very persuasive online petition, we found that Mega Shark has taken on a life of her own. We’ve received photos of Mega Shark cakes, toys and games on a near-daily basis, and we thought it was high time she did battle with an iconic Mecha monster.”

But one question remains – who will be Mega Shark’s next victim? The Asylum will begin casting later this year. 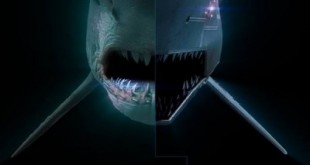