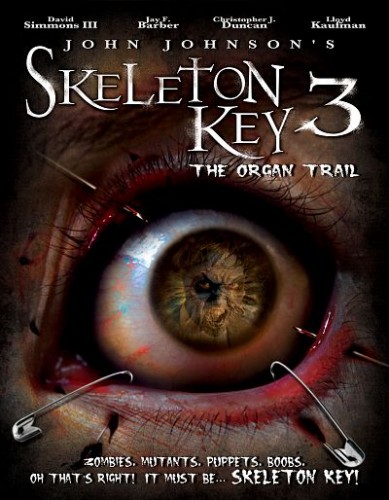 So once again, Nilbog calls to you! It calls you back… Do you hear it? Howard does. And once again he and his band of merry men venture through that covered bridge and back into the world of monsters! With Cornelius still trapped in the town and on the run from zombies, Howard and crew try to seek him out for a glorious rescue and at the same time cure Howard’s all new zombie bite which has the poison in him! Can you handle the Key times 3? Can you handle naked bodies bouncing through every scene? Can YOU! HANDLE! A French puppet? Gore, chills, and thrills await you over that bridge. So take a journey into the crazed and disturbed. For they are waiting… For you.

I like Uwe Bowl…. Well, rather I like some of his films… “Rampage,” “Postal,” “Blubberella,” are all films I have enjoy, “House of the Dead,” is whatever, and “Blood Rayne” and “In the Name of King” are f#ck all. But there are people out there, film critics, people of my mind set who think that he is a terrible film maker and on top of that he is a terrible person.

I defend Uwe for 2 reasons, first his track record spells it out, he makes movies out of video games to make money, and then he turns around with that money and makes some pretty decent stuff –and makes fun of himself while he does it too.

I also respect him. Film critics have just gone too far on craping on his work and crossed over to craping on him and how does he respond to them? He beats the sh*t out of them. He challenged 4 film critics to a boxing match and he beat one of them so hard the guy wound up throwing up…

As a film critic I now can I feel the way Bowl does about his critics because John Johson’s “Skeleton Key 3” was such an insult to me as a person, –my intelligence, my sense of humor and my respect for the word “horror”.

But why feel this way about film maker? Well for starters in my opinion the guys a thief. Not an outright thief, but here is how his bullsh*t works… In 2005 a film starting Kate Hudson is made called “The Skeleton Key” now due to loop holes in the copy write law you CAN have 2 films with exact same film title… SO in 2006 John Johnson decides to cash in… The same way Asylum films do … but even worse so, John Johnson releases him film entitled “Skeleton Key” and his movie has nothing to do with the film other than the cash in on a name factor.

Now, I understand that people believe there is something called “intentionally bad movies” sorry folks but Tommy Wiseau didn’t mean for “The Room” to be “funny” everything he says about it is spin and if Ed Wood were alive today I’m sure he’d be singing the same tune. John Johnson who, wrote directed stared and produced –with his name spelled wrong in the production credit, MEANT for this film to be funny but it just isn’t. I mean if I was about 10 years of age and dropping acid I might find the fact that the pirate in the film is gay –thus he’s a butt pirate butt (ha, get it that’s funny cause it’s a slur against homosexuals, I hope the sarcasm on my end isn’t missed here) the delivery of the joke is so f*cking piss poor it’s flatter than Kira Knightly. Actually this applies to all the jokes in the film.

And speaking of Ed Wood & John Johnson, Johnson has been working on his own personal “Plan 9 From Outer Space” it’s entitled “Plan 9” –I’m not f*cking joking. “Plan 9 from Outer Space” infamously known as “the worst film ever made” is being remade… I will say by probably the only guy qualified to actually do it “incorrectly.” After all if you ARE trying to be Ed Wood that means you have to match his level of incompetence. Which is hard for Johnson because he doesn’t even use a boom mic to have it dip into every other frame or use lights for that matter. But someone did show him how to make explosions in After Effects and that is about the only special effect you’ll see…

The costuming looks like sh*t that was in the K-Mart close out bin after Halloween, guy even f*cks up when shooting nudity by cutting away to some douche screaming about the plot of the film.

Typically when you write a review of a film you throw in a bit about the plot, I have NO F&CKING CLUE what or why anything happens in this film. I mean stuff happens but it’s either recycled gags from other movies (there is a big fan boy hard on creeping around this film) or it just makes no f*cking sense under the guise of being “funny.” Because when people yell for no reason it’s supposed to be funny right? I have a 3 week old son who does in fact comically time his farts better than anything in this film. That’s right I laugh at babies farting… Farts are YES funny to me… Somehow or another “Skeleton Key 3” is 2 hours (no sh*t it’s 2 hours long) of fart jokes that just aren’t funny. I don’t know how it’s done; it’s some kind of black f*cking magic to ruin a fart joke and poop and menstruation humor.

The film I guess to increase its marketability has cameo appearances by Lloyd Kaufman & Monique Gata Dupree, however Monique is so poorly lit you can’t really see her nor her amazing talents. Seriously, the production values where such sh*t it would have been nice if some just yelled “hey, can we get a flash light for Ms. Dupree’s ba-zooms.” Before they shot the damn scene.

I guess having Lloyd in the film is Johnson’s way of nodding to entertainment value of “bad films,” but Torma film’s could go to the academy awards in comparison to this film. And I’m talking titles like “Toxic Avenger 2” or “Teenaged Cat Girls in Heat.”

The kind of weak stomached Tim Anderson had this to say about “A Serbian Film” …”If what I have written here is enough to turn your feelings of wonder into a burning desire to watch this monstrosity, then perhaps I haven’t been clear enough.”

That quote I feel truly captures my feelings about “Skeleton 3” however “A Serbian Film” is certainly worth watching. 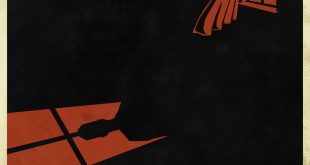 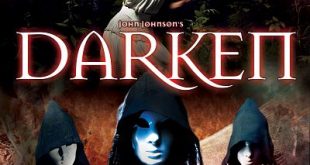