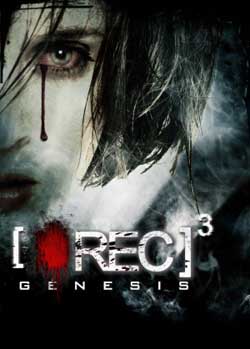 The action now takes place miles away from the original location and partly in broad daylight, giving the film an entirely fresh yet disturbing new reality. The infection has left the building. In a clever twist that draws together the plots of the first two movies, this third part of the saga also works as a decoder to uncover information hidden in the first two films and leaves the door open for the final installment, the future ‘[REC] 4 Apocalypse.

“[REC]3: Genesis” is the newest in the “[REC]” franchise, directed by Paco Plaza, one half of the team that helmed the original two found footage classics. Both “[REC]” (2007) and “[REC]2” 2009 brought a tired genre to its knees, by infusing fast paced action with top-notch scares. The second installment drew on the mythology of the first, and continued the story with some tight-knit ideas. This new venture adds nothing new to the mythos, but offers something different to the fans. Whether that is good or bad has already been polarizing, and left this writer wanting something else entirely.

This third installment starts out as found footage, just like its predecessors (both of which take place in an apartment building overtaken by a zombie-like infection). This story takes place at a wedding some miles away, during the same day. During the reception for Clara (Leticia Dolera) and Koldo (Diego Martin), poor Uncle Victor (Emilio Mencheta) falls down dead from a dog bite he received before the beginning of the film. He immediately rises up and starts spreading his deadly infection by biting and eating the wedding guests. At this point, the bride and groom are separated, and the found footage aspect is lost. A classic, narrative, style of camera is taken as both cameramen at the wedding turn off their equipment. What a way to differentiate this from the earlier installments. No longer part of a sub-genre, Plaza takes his film to new places as a zombie horror story. 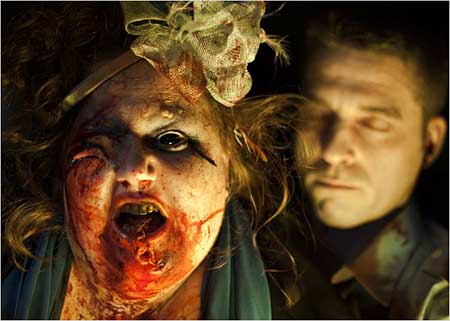 As a fan of the original duo of films, this change in structure has been hard to take. The director gave the audience a completely different feel, even though this is a sequel to an established series. The change in aesthetic does help to justify the film’s foray into comedy, though. 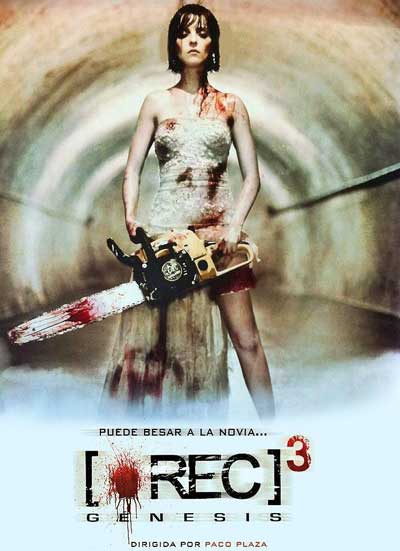 As Koldo searches for his bride, he dons armor, and wields a sword. He uses this instrument to chop a few zombies, but this writer wishes he would have used it more. The sword does play a useful tool in the third act, though to avoid spoilers it will not be mentioned here. 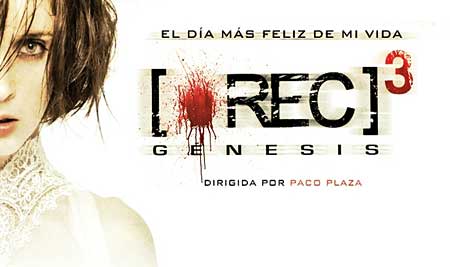 Martin and Dolera do a great job of keeping the audience entranced in their romance. Otherwise the camp route this film takes may have been too much for viewers to believe. Before Clara is able to re-unite with her lover, she dons a chainsaw and, with said chainsaw, trims her wedding dress to show some leg to the viewers. She knows her way around the tool, and rivals Ash from “The Evil Dead” (1981) franchise. It seems that both the bride and groom are going for horror icon status. Only time will tell if either succeeded. 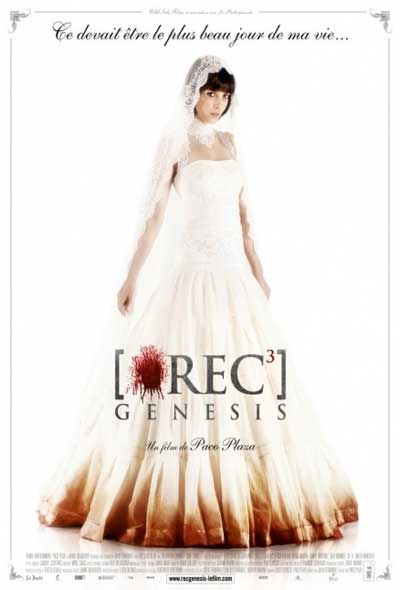 As a sequel or prequel, it is called “Genesis” after all, this fails to offer anything new to the established mythology of the series. Nothing is given to the viewer as far as an origin, as the dog that bit poor Uncle Victor is mentioned in the original film. The film ends at dawn the next day, which perhaps gives the audience more, as the previous story line seemed to have ended just before the Sun rose. It still gives no new information. 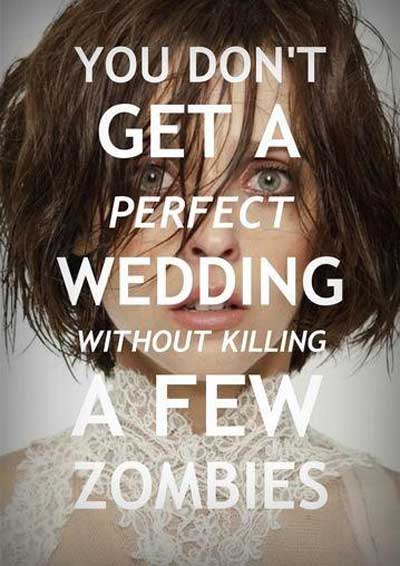 As the credits roll, fans will have to decide what they think of this piece. It does not fit the feel or aesthetic of the original films, but does its separation give it license to be something completely new and different? Should this have simply been a stand-alone effort? Is there any hope for the rumored fourth film? This is a movie that will almost exclusively appeal to previous fans. It is not a wast of time, and if the first two are held close to a viewer’s heart, this might offer a fun hour and a half. For die-hard fans though, it may be hard to digest. It offers very little to those not familiar with the mythos, or to those who aren’t interested in zombie fare (this is not “Dawn of the Dead” (1978) or “28 Days Later” (2002)). Give it a try perhaps, just to see what side of the fence you land on.