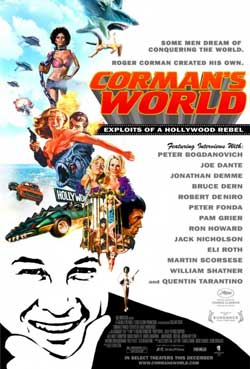 A documentary on DIY producer/director Roger Corman and his alternative approach to making movies in Hollywood.

If your a fan of cinema, horror, and quirky B-grade films, then the name “Roger Corman” should be plenty familiar. His credits deem quite impressive with 100’s of films to his directing name. You would think that life is one continual production and film set for the man who’s cost effective prolific nature seems without end. The is Bluray/ DVd release pays homage to the man, his work, and his films. It also features plenty of interviews, clips, retrospective narrations and commentaries from Roger himself. Whether its giant sharks, crazy sea-human creatures or just insane bloody showcases of violence, Corman is usually waiting in the wings with his directorial influence fueling it on. 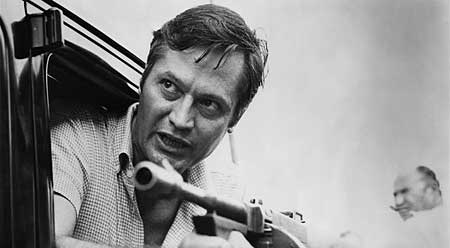 What make this release so enjoyable is that there are buckets of films to ponder over thru the years. Equally satisfying is that the tribute and historical overview is littered with top A and B list actors across the board giving us thoughts, experience, and impression into Corman’s work. Many don’t realize that super actor Jack Nicholson was given his first gig and “gigs” (for that matter) under Corman’s productions. Roger is equally respected by directors from the likes of Scorsese, Tarantino, and Ron Howard to name a few. The edition is filled with commentaries by highly regarded directors who tell their tales of The Corman years. 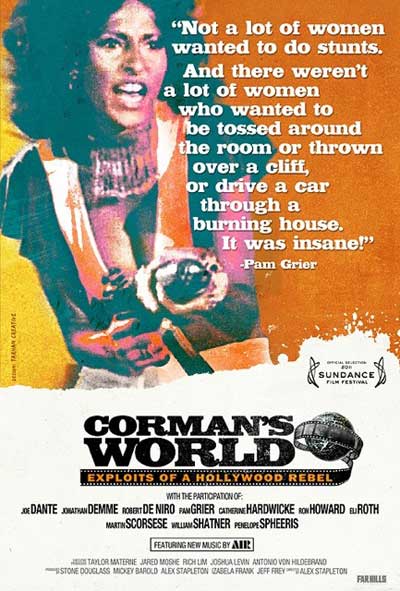 Noted as being a low cost solution guru, Corman is revealed thru the eyes of his colleagues who demonstrate “how” a Corman film was usually made. The stories of guerilla tactics, fly-by footage and cheap gags that simply fulfills Corman’s single desire of capturing whatever he can in the camera eye. One take, rushed schedules, and oodles of products that either succeeded or failed…this is the Corman way, and its quite unique. 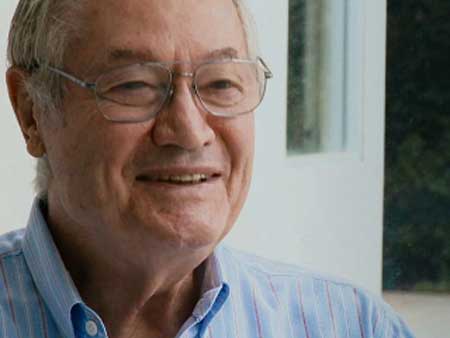 I personally loved much of the behind the scenes shots that while might look vicious on screen are quite hilarious to see in practice. In one segment, they are filming the opening sequence to DinoShark of which a puppet Dino head is gnawing on its latest victim. Other new additions to the campy B-grade modern wave include “Sharktopus”, “Dinocroc vs. Supergator”, “Camel Spiders”, and “Piranhaconda”. In fact, you might say that the 21st century has opened up a new motivation for Corman to do what he does best.

Upon this review, I was perusing thru the credits to the man’s name of which is quite exhausting. The list literally scrolls from year to year with “so many” titles that many will never have time to watch let alone direct, produce and package. “Corman’s World looks back into some of his trend setting years. One instance includes the Vincent Price films and Edgar Allen Poe” productions (some of my personal favs as well). Other segments talk about his western era and those early giant monster films that worked so well in day and age. “The Little Shop of Horrors” certainly made its mark with a genuine humor driven talking plant. While some of Corman’s achievement are noted, others are tucked away into obscurity. This was the MO was his work…hit or miss. 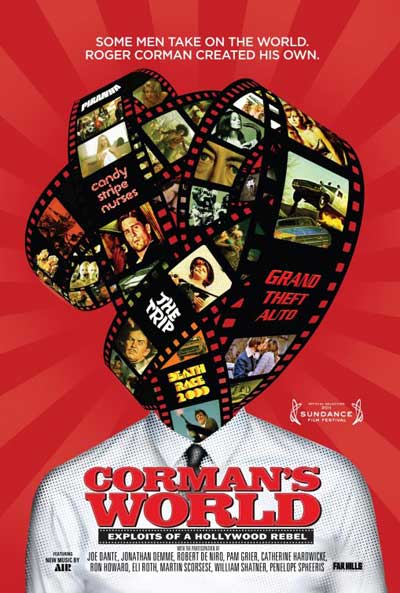 From the early black and white era of the 50’s to the more extreme visions of the 2000’s, Corman has been around to cater to our need for products and low cost experience. In one early segment we are exposed to the 1956 creature from “It Conquered the World”. The image has been around in sci-fi books up till this day staring back at us with its bizarre but somewhat effective cheesy looking vegetable-with-teeth-alien-head…this is the stuff of legend. 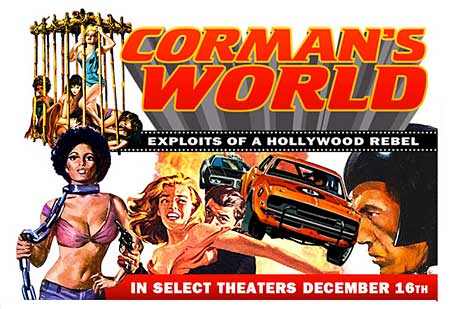 “Corman’s World: Exploits of a Hollywood Rebel” is chock full of cheesy b grade screens and scenes of productions that otherwise might be harder to locate. As in my earlier statement, this collective look might just give you the overview you need to grasp the magnitude of work churned out. The edition is directed by Alex Stapleton who does a remarkable achievement of getting Hollywood’s top talent to contribute on screen often in the comfort of their own homes.

Corman’s World: Exploits of a Hollywood Rebel is now available on Bluray per Anchor Bay