Over the course of the last 10 days or so the horror news sites have been abuzz with all kinds of gossip, rumors and downright guesses as to what is going on over at FOX with the casting for the second season of the hit AMERICAN HORROR STORY.

We’ve gone from no one is returning to assumptions over which ones may. Today I’ve finally got the word for you.

Some are returning but most are not.

They really are turning the show on its ear and heading in a completely different direction for their freshman season but I’m thinking that’s a great thing. Gonna keep it fresh and keep us fans guessing as to what the hell is going on. I like that a lot.

When addressing just who may or may not be around show runner Ryan Murphy states: “Anybody could pop up at any time. Everybody will be playing the opposite of what they played.”

Now we know that Jessica Lange is returning as is Zachary Quinto. Also confirmed is Evan Peters (Tate), Sarah Paulson (the psychic) and Lily Rabe (Nora) will all be involved in the fun. No one will be the characters they were in season one.

Murphy also let loose with the info that this time the horror will be taking place on the east coast in some type of an institution and that ghosts will not necessarily have a huge role in the the terror.

According to Murphy: “A supernatural element will always be a part of the show. But we’re trying to do something more historically accurate. Our only rule is no werewolves, and no vampires.”

Very cool! AMERICAN HORROR STORY will assault TV screens again this fall, I would assume close to the haunt season. Keep it here and I’ll make sure you’ve got all the latest updates. 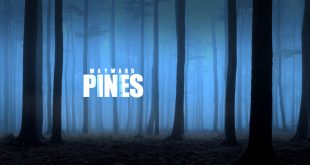 Our First Look At WAYWARD PINES – Check Out The Teaser Trailer