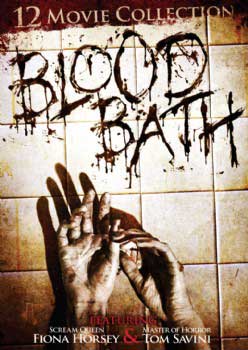 Mill Creek churns out the creepy box sets with loads of horror to fill any weekend. This latest set called BloodBath contaisn some pretty worthy titles, that were previously more expensive just as single releases.  The below is the offical synopsis tally for these films which have my interest peaked. Some of the more stronger titles that at least I have seen or are on my list to be seen include: “Demonic”, “Angst”, “Hallowed”. Several of these titles were exclusive to Blockbuster release upon first unveilings.

“The Haunting of Rebecca Verlaine” is one title which I purchased just under 2 months ago. Though now I wish I would have waited.

Take a Dip With 12 Terrifying Films!

Get ready to face your biggest fears with 12 uniquely terrifying films, packaged together in one sublimely horrific movie collection. This shocking showcase unleashes edgy new horror classics to hungry audiences with a thirst for independent horror. The body count rises and nightmares become reality in these gruesome tales of terror.

Angst
Starring Paul Conway, Fiona Horsey, Phil Hayden
(2003) Color R
A young woman with a unique appetite for men becomes a prostitute in order to fulfill her thirst for blood. As the victims pile up, the woman becomes insatiable in her quest for more of what she needs to survive. A truly gruesome tale of murder, madness and intimacy!
Rated R for strong aberrant sexuality, graphic nudity, language, and violence including a scene of rape.

A Brush With Death
Starring Seanna McDonald, Missy Sturges, Nicholls Melancon
(2006) Color Not Rated
A group of cheerleaders take a trip to an old farmhouse for a weekend stay in the country. After hearing tales of a family being slaughtered at the home by the son thirty years ago, the five young women learn a terrible secret about the killings. It appears the son has now grown up and his depravity has grown, too!
Rated R for violence and some language.

The Chambermaid
Starring Fiona Horsey, Paul Conway, William Rowsey
(2004) Color R
A young woman who works as a room maid in a hotel finds her life becoming complicated when the hotel manager becomes attracted to her and her boyfriend gets in trouble with some drug dealers. This romantic triangle gets even darker when the hotel manager takes things too far.
Rated R for strong sexual content, nudity, some violence including rape, language and drug use.

Death on Demand
Starring Jerry Broome, Elisabeth Jamison, Suzannah Lawson Matalon
(2008) Color R
A Webcast contest involving three couples staying in a haunted house takes a deadly turn after a s�ance by the contestants resurrects the spirit of a murderer. The killer spirit begins to stalk the contestants one by one all while they have no idea as to what they’ve unleashed. After time, it becomes apparent to the remaining contestants there is much more at stake than just the grand prize!
Rated R for strong violence/gore, sexual content and language.

Demonic
Starring Richard Cambridge, Nicole Petty, Tom Savini
(2006) Color R
Five teens take a wrong turn in a remote English forest and find their lives in danger. It appears the forest is the home of some beautiful but terrifying creatures with a thirst for their victim’s blood. As the teens are stalked one by one through the woods, the legend of the forest dwelling monsters is revealed.
Rated R for horror violence, nudity, language and some sexuality.

Hallowed
Starring Corey Foxx, Rosslyn Roberson, Andrew Martin
(2005) Color R
Witnessing the murder of his mother at the hands of his father causes 10 year-old Gabriel to lose his sanity and be institutionalized. Twenty years later, the now-grown boy leaves the clinic and sets out on what he believes is his sacred duty in life. Seeking out those around him who he feels is in need of spiritual help; Gabriel alleviates their woes through murder.
Rated R for violence and language.

Harvest of Fear
Starring Ryan Deal, Justin Ament, Carrie Finklea
(2004) Color R
The annual Harvest Festival in the town of Devil’s Lake is the setting for a string of murders that mimic those from 20 years earlier. The college students who have arrived in Devil’s Lake for the celebration find themselves involved in the investigation. With the killer’s body count rising, our college students race to find the killer before he finds them!
Rated R for violence, language, some sexuality/nudity and brief drug use.

Haunting of Rebecca Verlaine, The
Starring Natacza Boon, James Matthews, Daryl Jackson
(2003) Color Not Rated
The sole survivor of a commune massacre is taken in by her aunt and uncle after she recovers from her injuries and coma. Having no memory of the horrors she suffered, the young woman grows up living a normal life. Ten years after that terrible event, the young woman begins suffering strange visions tied to her family and friends at the commune.

Red Riding Hood
Starring Roberto Purvis, Kathleen Archebald, Susan Satta
(2003) Color R
Jenny is a precocious 12 year-old girl residing in Rome who tries to deal with her father’s murder and her mother’s abandonment by becoming a vigilante. Jenny and her mysterious companion torture and kill their victims to punish them for their crimes, real or imagined. When her grandmother arrives to take her to New York City, Jenny must find a way to stay in Rome by keeping her grandmother incapacitated.
Rated R for strong violence and sexuality/nudity.

Shadows of the Dead
Starring Jonathan Flanigan, Beverly Hynds, Nick Schirmer
(2003) Color R
A couple looking for a romantic weekend getaway finds instead a horrific nightmare when they arrive at their woodland retreat. Their discovery of a body is the start down a path leading to terror and death. A mysterious virus infects the couple and ravages their bodies and tortures their minds, forcing them to make a fateful decision.
Rated R for some language and violence.

The Twisted Sisters
Starring Fiona Horsey, Andrew Southern, Paul Conway
(2006) Color 91 Minutes Rated R
Twin sisters find themselves living completely different lives with one having everything she wants and the other living on nothing at all. When the deprived sister decides to turn the tables on her sibling, she decides to not let anything stand between her and the life she’s always wanted, even her own sister!
Rated R for strong violence and gore, sexuality/nudity and language.

Uninvited
Starring Christopher Boyer, Bari Buckner, Jack Elam
(1993) Color R
A gold mine on a remote mountaintop draws together eight strangers all with different backgrounds and reasons for being there. The lure of gold is the only common item between this eclectic group of eight individuals. What they don’t know is the mine was the sight of an Indian massacre years earlier and the spirits of the deceased warriors still haunt the site.
Rated R for sexuality and violence. 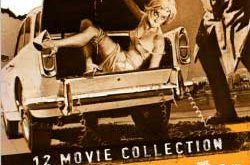 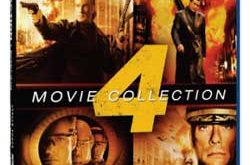