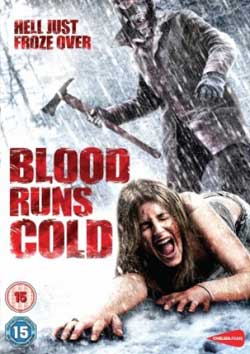 Winona, a successful artist looking to get away from her stressful life. Her manager rents her a house in her home town where she runs in to an old boyfriend. They go back to the house, only to find out it is not as empty as they assumed.

In this Swedish-made but American-spoke ultra-low basement-budgeted icy slasher flick, young and nubile Winona is a stressed out chick just looking for a little rest and relaxation to recharge her creative batteries. So her manager rents an old house for her to lie low in for a bit, which also happens to be in her hometown. After hearing unsettling noises coming from inside the house, she decides to head for the local watering hole to suck down some beer and work up a little more courage. Lo and behold, she runs into an ex-boyfriend and winds up inviting him and other friends back to the house for some boring catching up followed by boring sex before we finally learn that YAY, there’s a masked superhuman axe-murderer living in the house and…you know the drill – running, screaming, and chopping ensue…

Ya know, for a beach boy stuck in Kansas who really hates cold weather as a general rule cept for when it’s time to take the kids down the water tower hill to sled our asses off, I loves me some good old snow massacres. I’m not talking Yeti-style creature flicks like SNOW BEAST and the like (although they’re major guilty pleasures), I mean some good old fashioned chopped up carnage. EYE SEE YOU (or DETOX, depending on where you live) was my last true favorite. It was a ginormous-budgeted Hollyweird flick that got no release at all and virtually no love from anyone but me but dammit, they got the stalk & slash whodunit done perfectly to me.

BLOOD RUNS COLD though, is not a whodunit, nor does it pretend to be. It’s a frostbitten slasher, sure, but it’s also…too many other things that it’s trying to be for my tastes. Like, for example…the killer. Is he supernatural? Is he superhuman? Supercenter? Supercooled? Superfluous? For me…Super-Meh. No explanation or background or even motivation for said masked killer, fine, but interesting would be nice. Even a tiny bit stylish I could’ve lived with. Same goes for the story…tried to be 80s in a way (but so did the HATCHET flicks, and I could go on for days about what’s wrong with them) but from a boring character/victims setup to boring sex to boring stalk & slash, I can only derive so much joy from bloody snow before I either doze off or throw my rum-soaked nachos at the TV. This flick’s main claim to fame from what little research I actually did is that it supposedly cost a mere $5000 in US currency to make. In this economy, that’s impressive for getting a movie made no matter how drunkenly I look at it. Sadly though like I said, it doesn’t always make for an impressive movie. 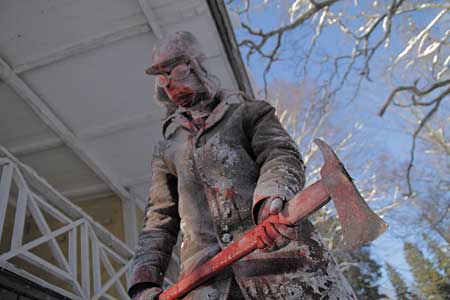 Years ago when I was first starting out reviewing, I was sent a screener from some guys up in Nebraska who made a very impressive feature about a group of friends hiding out in an abandoned theater while a zombie apocalypse was going on outside and found the hard way that sometimes what’s waiting for you in cold dark buildings can be far worse than what’s waiting for you out there. It was called THE GRAND HORROR, and it was made for $300. That’s right, I said Three Hundred Dollars!!! So see, kiddies? With the right amount of gumption and friends working cheaply or for free and all the stars aligning perfectly with Testicles, the Greek God of Good Fortune, all your hopes and dreams can indeed come true with movie making. 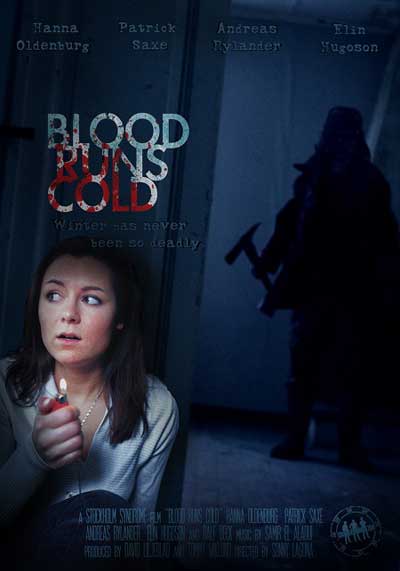 Contrary to how it may have sounded, I did not hate this movie. I’m very impressed with how it looked for having so little money to throw at it, this much is true and that much good I can indeed say about it so I won’t break out too much harsh sarcasm and trash it to death. But for me, it made the cardinal sin of almost consistently boring me with its story, characters, and lack of imagination leading to the BAM abrupt ending. It’s worth watching once, and a good study for wannabe & first-time filmmakers though – you guys are the ones I think could really benefit from it most. Me? Back to reveling in cheesy Yeti flicks for now, I spose… 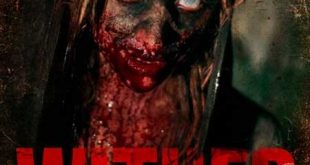 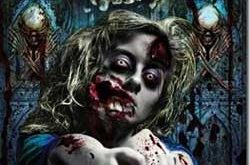 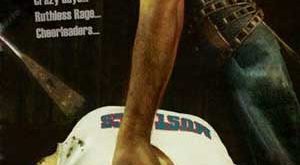