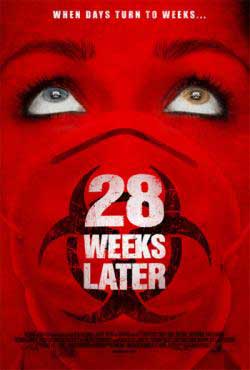 Six months after the rage virus was inflicted on the population of Great Britain, the US Army helps to secure a small area of London for the survivors to repopulate and start again. But not everything goes to plan.

With it’s debut feature “28 Days Later” setting such a high mark AND being directed by top notcher Danny Boyle, fans were wondering if its sequel could deliver the same dose of excitement. This time around, the production is helmed by director Juan Carlos Fresnadillo, sort of a new comer to the game. Bonus points on this one for enlisting the action talents of Robert Carlyle, a personal favorite of mine. 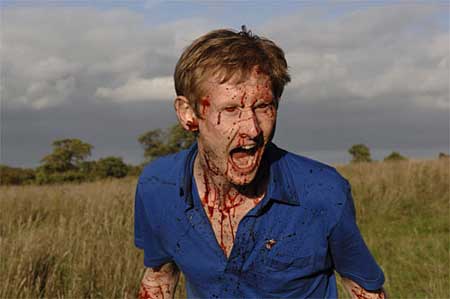 And so the epic continues, not a mere days later but weeks gone past. After the viral outbreak of “Rage” has runs its toll on the general population, it is decided to turn Great Britain into a local of sanctuary for the un effected to start anew.

Great Britain is protected by armed guards and a river that separates the area from infected zones. Each entry into Great Britain is heavily screened for virus and signs of infection. In fact, its become sort of a combo zone combining the likes of “Soylent Green” and “Escape from New York” into its own form of population separation. The rage virus still runs rampant throughout the land killing everything in sight. We are told that the infected have begun to die off due to starvation. 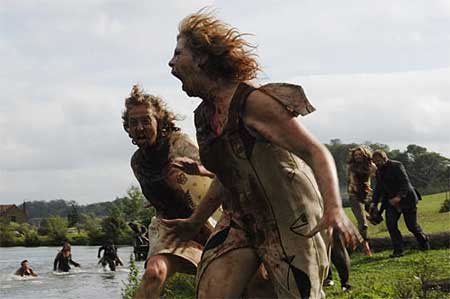 Robert Carlyle plays Don Harris whom we are introduced just as a pack of infected come storming down the walls to his house. He is faced with a tough choice, one that he’ll regret. Escape and seek out his children leaving his wife Alice behind who is beyond hope under the rampage of ragers. Barely escaping he eventually makes his way to the newly renovated civilian containment area known as sector 1. This area provides much of what the former way of life entailed. The guards stand watch 24 hours with snipers and marksmen mounted for instructions on quarantine breaks.

Don is joined by his 2 children Tammy and Andy as they make due with their new living quarters.

Major Scarlet Ross (Rose Byrne), one of the district’s chief medical officers examines all new entrees as they are assimilated into the district safe zone. The sector 1 is commanded by Brigadier General Stone (Idris Elba). As Tammy and Andy explore their former residence in London out side of the safe zone, they make the startling discovery that Alice, their mother is in fact still alive. She is pulled in by the authorities and while infected is not showing the usual signs associated with the virus. Her natural immunity is determined to be asymptomatic, meaning she is still a carrier. 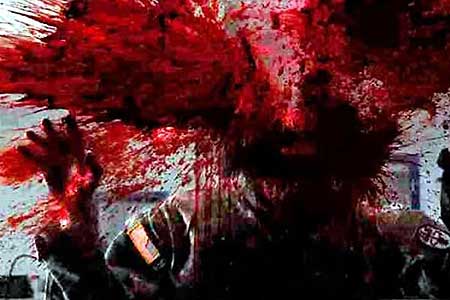 Payback is a bitch when Don is allowed to visit Alice under medical lock down. In a moment of passion, Alice repays the favor by infecting him back. This begins a massive outbreak and a state of emergency called “code red”. The rules of the operation are simple.. 1) Kill the infected, 2) containment and 3) extermination of all. 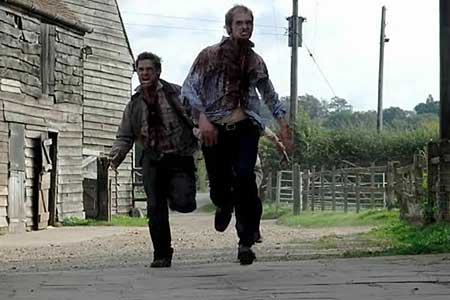 As the chaos grows in numbers the 2 children and Scarlet are aided by Doyle, who aids them in escaping the mess after abandoning his post. Scarlet aware of the precious blood the 2 are holding helps them as well in clearing the city and heading thru a nearby tunnel. As Doyle continues to disobey orders they encounter more of the infected including a flame thrower operator who incinerates Doyle. 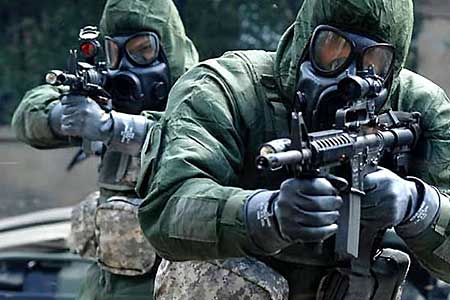 They are instructed to head for the London Underground for pickup, but is it too late for all?

“28 Weeks Later” is a worthy follow up that continues the circumstances in sequel format. The gritty feel and camera techniques are re-employed making this film feel like we never left the first one. The use of time to distinguish sequels is a rather clever approach suggesting that their will be a “28 Months Later” to follow. And then if the powers are feeling inventive…28 Years?? 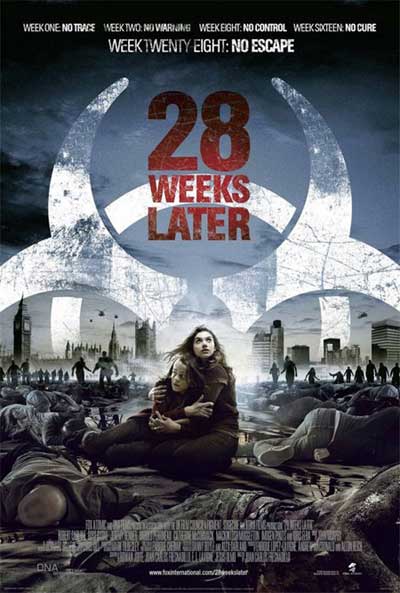 “28 Weeks Later” is solid and violent always making sure to let the humanity of the situation shine thru. Much like its previous entry it also uses sound dynamics to move from one story tone into the next elevating the action with an increase in score, rhythm and pacing. The film takes a few bold moves in staying clear of safe endings and outcomes by catering to the chaotic environment that has been laid out for the franchise. A powerfully disturbing picture adding terror to its growing legacy.