While “the App Killer” was intended to go underway last November, the horror feature has been postponed indefinitely. “The intention is to start shooting by the end of the summer of 2012” says the director.  The film is still looking for investors.

The story will take place in the city of Barcelona, Spain. “The App Killer” tells the story of a group of interns and students abroad, who start disappearing after a psycho killer has started to attract victims though dating cellphone apps. Written and directed by Paul C. Mason and David Szymanski. 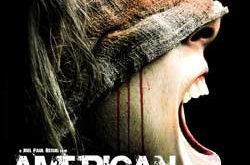