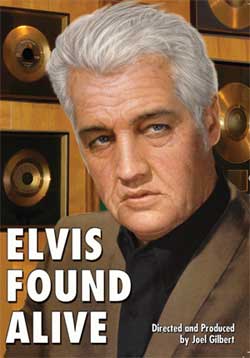 ELVIS has been FOUND, ALIVE! After visiting Graceland, Director Joel Gilbert made a Freedom of Information Act request for US government files on Elvis Presley. Incredibly, documents arrived from the FBI revealing an address for Federal Agent Jon Burrows, Elvis’ 1970 s alias, in Simi Valley, California.

By the title of this film, I’m willing to bet your curiosity is already peaked. The subject of Elvis still being alive falls right into that same ballpark as McCartney being dead…though low and behold, it’s another release by the same film making company Highway 61 Entertainment responsible for both. Now since I reviewed the McCartney release it was only appropriate I take a look here as well.

First off, the film is very well edited and contains alot of Elvis footage and fact checking. Of course all this is leading up to the inevitable case of Elvis being alive all these years. Highway 61 Entertainment begins the film by contacting the FBI, of whom quite easily couriers them over ALL the documentation on Elvis. This cardboard box filled to the top with Elvis confidential files have been recently “inked” to blot out the area’s that they didn’t want them to see. With the ink still being wet, they race to wipe and clean up the documents so that the truth can be told! 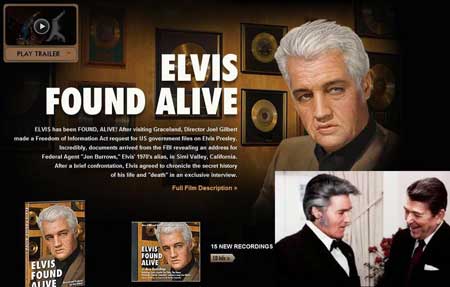 This leads to a personal visit of one Federal Agent Jon Burrows, who is in fact the witness protected “Elvis” alive and well. The whole approach is very “rehearsed and suspicious of course,AND the hideaway Elvis agrees to do an on camera interview. Wow, that’s all it takes…where was Oprah with this lead? I was of course laughing at the little details such as Jon Burrows car being full of old Elvis 8-tracks. It reminded me of an SNL skit in progress.

As they film Jon Burrows (aka Elvis), he begins his journey thru life detailing how he came to be and where he ended up. In fact if the film didn’t package itself with a conspiracy cover up, it still stands as a remarkable retelling of Elvis’s past. The narration (interview) is performed by Elvis himself while he sits within a dark light telling his life story. His face is covered per shadowing and blurring.

“Elvis Found Alive” runs thru Elvis’s entire life, from his roots to his death which is noted as being faked. We learn of mafia and FBI ties connected with Elvis’s basic need to support his country and deal with his celebrity status. Everything thru history that has happened to himself, his wife and their daughter seems to be covered more or less. What viewers will find of most interest is the constant comparisons to Captain Marvel Jr. 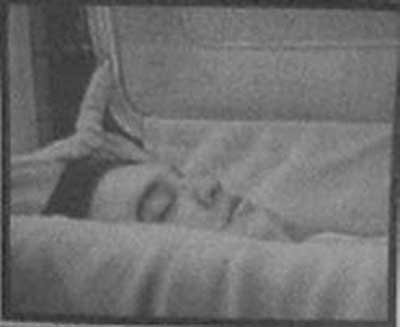 The film “”Elvis Found Alive” while basically a dupe, does spark a few thoughts on the whole deal. The disqualifying metric on this whole she-bang lies mainly on the fact that the effort was not investigated by a notable, qualified news team. If the tape was delivered directly from CNN, Dateline or other public organization, I may have bought into the whole deal. But c’mon….. Highway 61 is the only source of uncovering this public conspiracy? I think not. You have to hand it to them, for the effort and the clever storytelling. I especially love when fake Elvis breaks into a believable bar or 2 of some of his old songs.

Now the DVD is not without its research. I did a Internet search on the whole Jon Burrows issue and found a number of books and sites that discuss the alleged cover up. So in theory the film is based on alot of this hearsay. Is there some truth to it all, who’s to say? If it’s just left to obscure DVD’s then the truth will always stay a paraphernalia item. If Elvis is still indeed alive and kicking then maybe its time he step it up to the ones who can really verify his.

The filmmakers have covered all their bases which leads up to now and even a conspiracy involving Obama himself. Bill Ayers, the author of Obama’s book is mentioned plenty of times and his involvement with the legendary “Weathermen” who caused alot of political unrest in their time.

After watching the entire production, I know how the film will be perceived. But regardless of its controversial nature it really is a great Elvis documentary. Footage, clips, news clippings, and recordings make up this fine ode to the kind of rock and roll. There is alot of history covered that even without the Elvis element will intrigue viewers. Certainly the details on the mafia and the political nature of things is enough to make you think. The picture on the cover of the DVD is the only one allowed during the session. I cant really buy into it, but I do highly recommend this film for its coverage and historical value. In any case, the filmmakers have done alot of work here that deserves a look.