Just sent over- new box art on the gruesome title – The Human Centipede 2 (Full Sequence) – check it out!

THE SEQUEL TO 2010’S MOST HAILED AND REVILED SHOCKER HAS 4 TIMES THE VICTIMS, 4 TIMES THE DISGUST AND 4 TIMES THE FEAR – THE HUMAN CENTIPEDE 2 (FULL SEQUENCE)

A Mentally Ill Loner Just Wants to Make a Human Connection – and Tries to Outdo the Horror of the First Film in This Banned Followup, Coming to Blu-ray and DVD on February 14, 2012

The Human Centipede (First Sequence) was the most talked about indie horror film of 2010, and now filmmaker Tom Six has outdone himself in a sequel so disturbing it was banned in the U.K. But now, THE HUMAN CENTIPEDE 2 (FULL SEQUENCE) will be available to all when it comes to Blu-ray and DVD on February 14, 2012, via IFC Midnight and MPI Media Group, with an SRP, respectively, of $29.98 and $24.98.

The wait is over for the most controversial movie of the year, Tom Six’s sequel to his original cult horror smash. The opening-night selection of Fantastic Fest 2011, THE HUMAN CENTIPEDE 2 (FULL SEQUENCE) ups the ante with a brute force unparalleled in motion pictures today.

The first film’s evil Dr. Heiter has inspired a real-life protege, the sickly, disturbed security guard Martin (Laurence R. Harvey), who repeatedly watches (and even gets a sexual thrill from) Six’s movie. Martin decides to re-create the sick feat of the original film – in which Heiter sewed three kidnap victims together to form one long, continuous digestive tract. Martin plans to up the ante for his piece de resistance: a 12-person human centipede of his own. Ashlynn Yennie, star of The Human Centipede (First Sequence), returns as herself, an actress lured into this no-holds-barred assault on the senses that pushes the limits of taste and gastrointestinal endurance.

THE HUMAN CENTIPEDE (FULL SEQUENCE) was banned in the U.K. due to its “revolting” content, but audiences will not be denied the thrill of one of the most entertainingly demented movies of our time. Entertainment Weekly’s Owen Gleiberman said, “THE HUMAN CENTIPEDE 2 (FULL SEQUENCE) could be the sickest B movie ever made. But that’s why you may feel gripped by the horror of what you’re seeing and the terror of what’s coming.” “The film is reprehensible, dismaying, ugly, artless and an affront to any notion, however remote, of human decency,” wrote Roger Ebert in the Chicago Sun-Times – words that only serve multiply the movie’s must-see factor.

The Human Centipede (First Sequence) was widely considered the top independent horror film 2010, gaining wide mainstream awareness as a YouTube sensation and inspiring a South Park episode; it has sold more than 250,000 DVD copies. THE HUMAN CENTIPEDE 2 (FULL SEQUENCE) gives fans what they’ve waited for and is set to make horror history of its own. 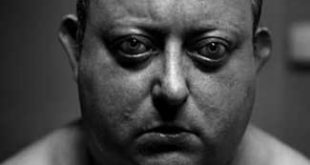