How did doing homage posters for your movie, “The Eve” come to be?

The homage posters grew out of the style and nods we make in “The Eve” towards past, classic films. “The Eve” is very much a psychological thriller at times, in a very Hitchcockian build, and we wanted to include that nod in our poster campaign. We also filmed on location in Martha’s Vineyard and had the pleasure of filming, at one point, in the same harbor and on the same dock that “Jaws” filmed. Additionally, throughout the film there are other subtle nods to other classic films in the genre, and we thought that it would be a lot of fun to include that in the image of the film before it is released, and to give our audience something different to look at.

How is this movie a throwback to other classic thrillers?

A discussed, there are subtle nods throughout the film, be it in the choice of the perspective of a shot in a certain moment, the location a scene is filmed, or even in the sequence of shots in a given scene. It is something that will either permeate an audience’s subconscious or something people will notice and smile at as we show our respects.

What was your proudest moment during the making of “The Eve”?

I was proudest on set having the ability to work with such an amazing cast and crew. Everyone came together, and we had a lot of ups and downs, as any indie film goes, and the group we had was all-around what kept the film together and got us an awesome product in the end. I remember looking outside, when we were filming indoors one day, and it was freezing, and possibly sleeting outside, and the G&E guys were standing stalwart by the HMI’s and I just gained so much respect for them in that moment. That was our crew.

What was your greatest obstacle while filming “The Eve”?

Hehehehe, we ran into a number of bumps as filming on location on an island in the middle of nowhere in the dead of winter can do to you. The weather was an obstacle that we soon won’t forget.

The weather on the Vineyard in the winter changes from regular freezing cold to full out blizzard to rain storm to nice all in a matter of a day, which made keep continuity an insanely fun job, emphasis on “insane.” We were hit with a few blizzards and one day had a crew, headed by one of our PA’s, Ryan, shoveling an entire parking lot of a liquor store that we filmed in because there wasn’t supposed to be snow in that particular shot but we had gotten a snow storm the night before. 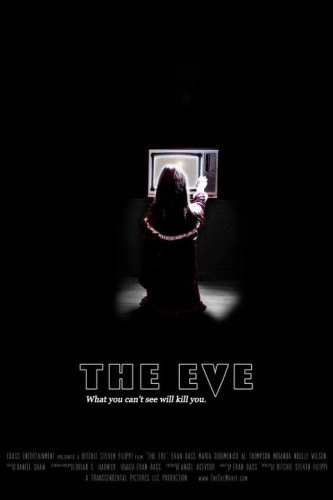 Where did you film this movie?

We filmed 95% of the film on location in Martha’s Vineyard. Most of the film takes place in one secluded area, but we also filmed in a number of select locations throughout the Vineyard.

Did you film scenes in order our out of sequence, and how is that determined?

Scenes were filmed out of order, it depended on location, lighting needs, and efficiency. We shot out one character first and focused on exterior shots, as weather was a factor so getting inside first made the most sense.

How long was the filming process?

All in all, we had a schedule of approximately 20 days, not all of them filming. We ran on a very tight timeframe.

How do you film an effective trailer without giving too much away?

You will have to wait and see. That said, I am definitely NOT a fan of trailers that show half the movie in order to boost the action level. It makes no sense. The trailer is an enticement not a screening.

What can you tell Horrornews.net about “The Eve” that you haven’t old
anyone else?

Though Martha’s Vineyard is cold and harsh in the winter, it pertains only to the weather. The people on-island were extremely nice to us every time we ran into them. An MV twitter account (@MVtweets) sent out a tweet for people to wish for a sunny day for us during one exterior shooting day we really needed and the owner of a local eatery (Sharky’s Cantina) found us through our Web site and invited our entire cast and crew over for a meal amidst our filming. We are incredibly grateful for the people on the island and their generosity. 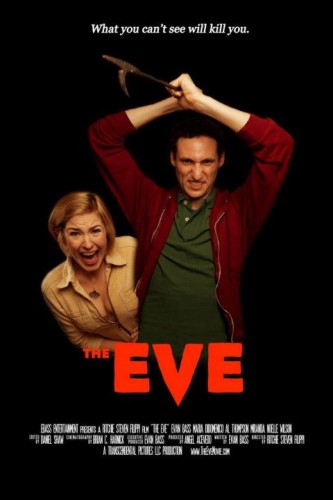 What else can we look for from Evan Bass?

eBass Entertainment is working on a couple of Web series at the moment. In addition, hopefully down the line another feature film will get under way. But first, and foremost, our goal is to produce a high-quality, gripping film in “The Eve.” 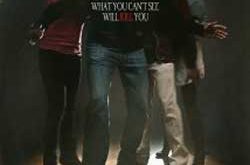 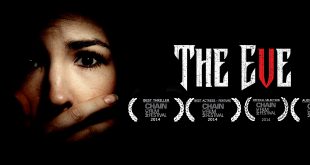