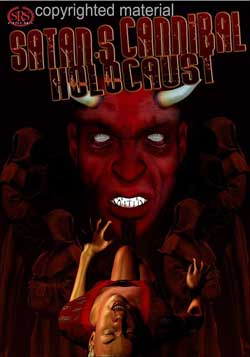 Kelly, a young journalist, is working on her next big article about her father, the local mayor. It is a seemingly innocent piece on the wonderful things being done for the community. Little does she know that the deeper she digs, the closer she comes to a secret which lurks beneath the streets of her peaceful city…a secret many will kill to protect. Soon, the violence erupts in the subterranean catacombs. Shrieks of terror echo through the tunnels as the gore gushes forth. Innocent victims are held captive and brutalized. Naked bodies are torn open and eaten. Here, beneath the city, an evil is growing…and Kelly will witness firsthand the horror of SATAN’S CANNIBAL HOLOCAUST.

One of the offspring from the SRS Cinema film projects. Under the rather intriguing title of “Satan’s Cannibal Holocaust” we have much of the Wicked Pixel Cinema team lending a hand on a weaker story-than-usual horror film. Eric Stanze is credited as producer with one of his long time favorites Emily Haack only contributing to a short intro into the film. but let’s get down to the heart if it. 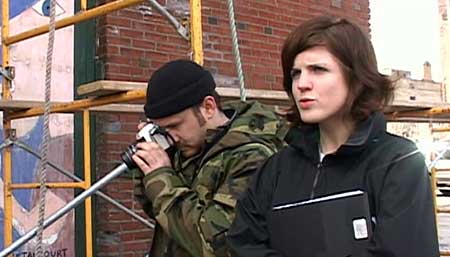 “Satan’s Cannibal Holocaust” is a story of a reporter named Meg who was on the brink of discovering a secret underground Satanic cult call “The Divine Light”. The cult is thought to be responsible for the disappearance of several homeless residents. As we are introduced to a research project in process, it is clear that the sect doesn’t want any witnesses or reporters nosing around in their business. The ones who are involved take their religion serious and mean to stay covert. Their basis centers around performing occasional rituals involving the killing of innocents as sacrifices so that they can feast on their flesh. The order demands that to join, one must capture a victim, kill them and then have sex within the bloody remains of the victims. The sect declares that to do so will introduce the intake of ultimate power and a homage to their dark lord Satan.

Ya, we’ve heard this kind of stuff before…..essentially a sect grows in power and kills off the homeless in the process. The practice might continue as status quo but when others start noticing the disappearances the same old investigations begin again. Kelly Cauldwell (Sheila Thiele) happens to be one of those reporters who has decided to write an article on her father “Mayor Cauldwell” who she believes is really helping the community by cleaning up the slums and providing better options for the homeless. Meanwhile as this new instance of the story begins, Kayla, one of the sect is off and running doing the dirty work for “the Divine”. She seems to love her actions a bit too much and begins to kill in the name of the sect to her own satisfaction which seems to literally be the enjoyment of killing. 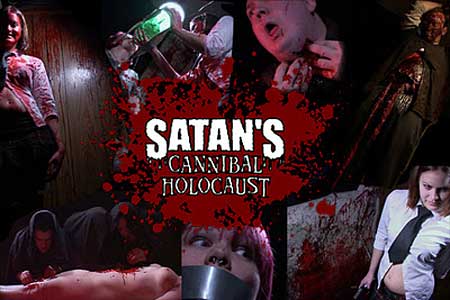 Now, here is where things get dirty as we are indulged with a few torture and kill scenes. If you follow the work of the team, then you know that the kills are pretty low budget and not up to par of others I’ve seen this team perform. The film is shot of course in micro budget but still has a bit of talent behind the camera to at least keep the shots and composition somewhat effective. 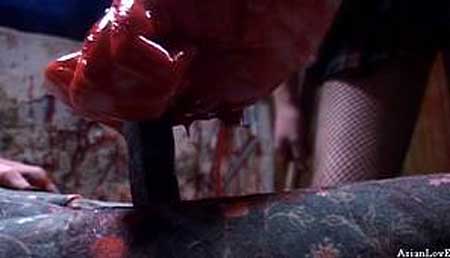 My take was the effects used were simply too simple taking a bit of the believability away from what was intended. In one scene, a captured Kelly is asked to eat the flesh of another who just so happens to be a vegetarian. This concept is actually borrowed from a better film by the name of “Dread“. 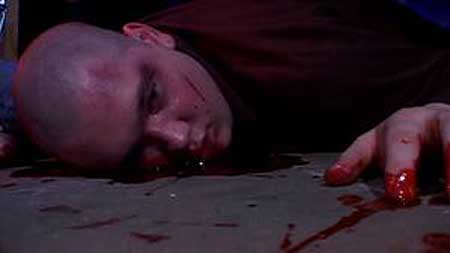 The movie is directed by Jim Wayer which seems to be the “only” title he directed. As far as response goes, “the lack of” is pretty typical with these kind of films. I think the movie offers more from a production standpoint of creating titles fast than actually contributing to the genre that much. I don’t think viewers will get much from this in the way of new product or even gore for that matter. The premise is too simple to ever grow beyond the basics and the outcome is pretty typical to really engage. There is a “surprise” within the film that I think could have been predicted for astute watchers. On the whole “Satan’s Cannibal Holocaust” is somewhat boring, does grant us a few nude scenes but beyond that is nothing worth investing time into.