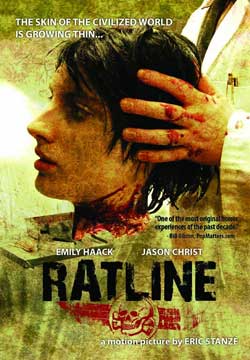 In a flash of blood-drenched violence, Crystal Brewer’s life has taken an unexpected turn. On the run from the law for her part in a gruesome drug-money heist gone wrong, she has become seduced into a seedy underworld of death and betrayal. Escaping into the night with her half-sister Kim, Crystal seeks refuge in a small Midwestern town to make sense of her life-threatening ordeal. However, any plans for solace are soon derailed when she crosses paths with Frank Logan, a mysterious stranger with a bloody history of his own. Crystal’s initial intrigue with Logan’s sinister allure soon gives way to sheer terror as his vile intentions for her are revealed. As a new wave of violence threatens to destroy those close to her, Crystal is forced to make a terrifying decision. Will she stop Logan before more innocent blood is spilled? Or will she join him in resurrecting an evil that could consume the world?

With a cover sporting a decapitated head, you know your gonna get plenty of violent screen time. From the work I’ve seen directed by Eric Stanze, I can say I’ve been plenty impressed with his knack for inventiveness. Though it is this 2011 release I’ve been anticipating for awhile to see what new blood drenched concepts were awaiting. 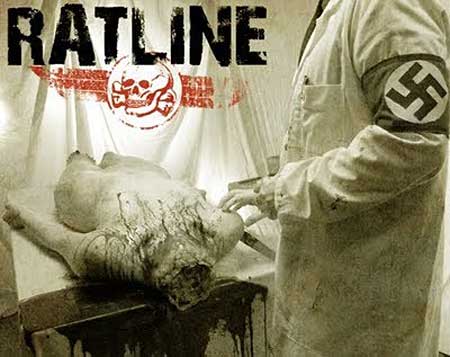 “Ratline” wastes no time into getting straight into violence and nudity. In fact Emily Haack who plays Crystal Brewer, arrives within her first 3 minutes, blood-soaked and willing to strip down into full frontal. Emily Haack, who was featured in some pretty over the top releases returns to the production arena of Wicked Pixel Cinema as one of the film’s primary leads. 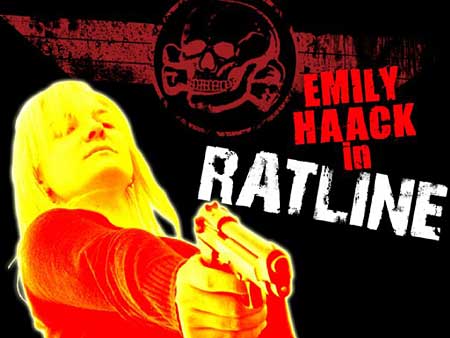 Though interesting enough we are greeted into some intertwining beginnings which brilliantly cross from one storyline into the other. As 2 naive Satan worshippers conduct a messy sacrificial ritual, they indulge the moment by murdering a dog and then dancing around in a blood smeared haze. Viewers should note that the dog scene was kept off camera and was limited to only suggestive violence. This will be good news to many viewers of which take animal cruelty pretty seriously. 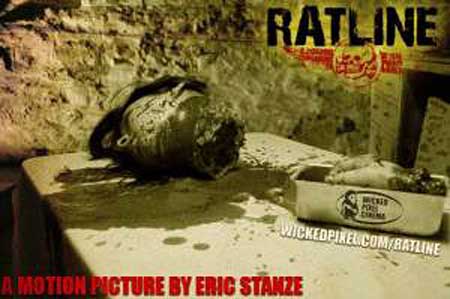 The act prepares them for their next mission which is to capture a passing driver and murder him in the name of Satan. Unlucky for them they grab the personable and quite insane Frank Logan who is played by actor Jason Christ. Frank brings a dark sense to the premise of which on one hand is calmed much like “Silent Bob” and on the other is a viscous madman ready to react on a triggers notice. There is a great scene in this intro act that flips a bad situation into a bloodbath that manages to inject a slight comical undertone. 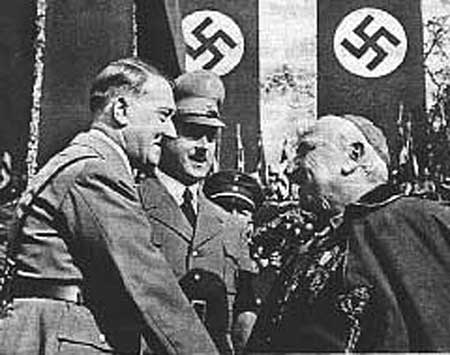 Surprisingly “Ratline” begins to follow a different narrative than how it begins. Of course we have a nice helping of violent confrontations but the primary focal point here is the issue of a secret Nazi experimentation group and their progress on eternal life. Frank Logan, is much older than he appears. His origins spawn from this same group that emerged during the Hitler days of occult interest. This aspect has been a long time fascination for history buffs and still to this day is under much speculation into its level of discovery. Though in this case, we are focused on fiction and the goals of one former Nazi participant. Frank is in search of the famed “blood flag” which is said to hold or grant powers to those who can perform a ritual over the flag using a decapitated head. If you are fans of decapitated heads, then you’ll get your fill in this movie. 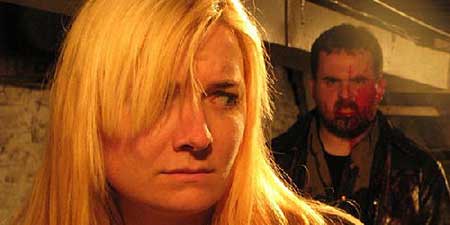 Crystal who is on the run with her close friend Kim (Alex Del Monacco) take residence in the Midwest. The homeowner Penny Webb soon develops a close relationship with them and takes a special interest in Crystal. Though with a past and trouble not far behind, the quaint existence is soon invaded by the negative aspects of life. Frank Logan arrives to complete his legacy, while the life these 2 girls left behind follows them to claim on dues owed. 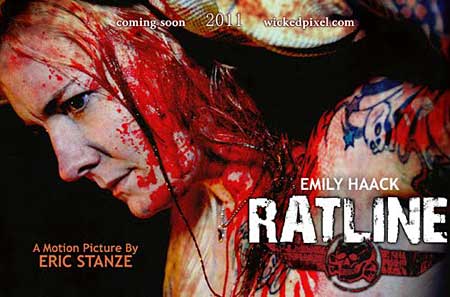 “Ratline”, may present a rather gory cover, though it really is closer to a thriller meets science fiction style of premise. The Nazi integration is cleverly done and backed up with some pretty authentic looking video clips. Jason Christ provides a nice layer of subdued chaos making his role a welcomed part of the film. Emily provides her usual essence of a woman scorned and brings on a dramatic flair to the production. “Ratline” ends up being a solid thriller with some tasty nastiness thrown in. The 3rd act had some issues with its finale which were performed at night. This would be my criticism as alot of the final scenes were hard to see. There are some solid FX work scenes here that keep the film within a professional league of releases. If you can handle some of the initial gory scenes you’ll fit real comfortable with the story laid out by Eric Stanze and Wicked Pixel. Nice Work! I hope the team keep em coming!