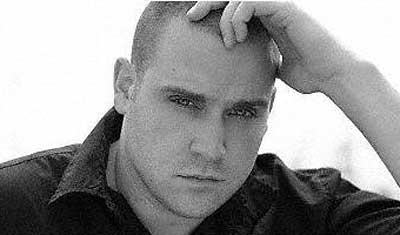 Michael Aloisi states “If no one ever reads your work, does it exist?” Well he exists and so does his work. He is the co-author of Legendary Horror Icon, Kane Hodder’s book “Unmasked: The World’s Most Prolific Cinematic Killer Kane Hodder.” Hodder is a legend in the world of Horror and one of the greatest stuntmen in cinematic history and when you start reading Kane’s book you can’t put it down but then there is Mike’s journal or Author Mike as he is known to many of the fans now. Aloisi not only assisted Kane with his book but he kept a journal to keep the fans on edge and up to date with all of their antics. It is titled “A Journal About the Making of Kane Hodder’s Biography, Unmasked The Killer And I” Once you pick up it up you cannot put it down. Aloisi is a real Horror fan and a talented writer so the book is not boring and Mike captures a different side of Kane.

He goes into a lot of details about what it is like being in his presence and how the fans feel. He even talks about what it is like to watch Kane work with other Horror legends including Tony Todd. He went on this wild and crazy journey and wound up writing two of the best books Horror fans have picked up in a long time. Before he became a writer, he was working as a filmmaker. He owned a production company in New York City and he decided to follow his true passion and started writing. A shocking revelation to Horror fans may be that his first novel was a romantic drama. Aloisi made the books more interesting because he is a genuine fan and knows what he is talking about. He is very busy and he will be working on a new biography soon but if you are lucky enough to get out to Kane’s Book tour you may be able to meet Kane and Mike. You can go to www.authormike.com/ or kanehodderkills.com/ to check out the tour dates and maybe purchase a book or two and keep up to date with Michael Aloisi and the man, the myth, the real deal legend, Kane Hodder. I had a chance to interview Mr. Aloisi and here is what he had to say about Kane and those who are brave enough to endure the infamous choke done by Kane.

Janel- While you were writing the book, what was going through your mind?

Mike- Dear God, please let him like this… I don’t want to die. That and every once and a while I would realize how amazing it was that I was writing a horror icons biography.

Janel- Tell us a little about yourself? What is one thing that the fans would be surprised to know about you?

Mike- Well, I was a filmmaker before I became a writer. Did a lot of short films and owned a production company in NYC for a few years before I left it to follow my passion of writing. I think the horror fans would be surprised that my first novel is more of a romantic drama… no horror at all!

Mike- Yes, because while I’m a writer, I’m still a huge fan. I think that came across in a lot of the entries. If I wasn’t a fan, I think the passion of the work and the world won’t be there… making it not as fun.

Janel- What was your favorite moment spent with Kane and why?

Mike- There is too many to pick really. Though I think just getting to see him with the fans on a regular basis is the real treat. He is so good to them and they just love him back. It’s great.

Janel- A lot of people place Horror fans and the actors in a certain category? Do you feel Horror has become more accepted in society?

Mike- I think it still has that stigmata of being “wrong” or “bad”, but it leaks over to the mainstream more and more. Especially with some new TV shows. It would be great if it would be recognized by the mainstream more, but at the same time, I love having the conventions being for the real fans.

Janel- Now that you have been “behind the table” at Monster Mania, did your perception of the conventions change at all?

Mike- It is different now. I use to get to enjoy them, buy stuff and take my time. Now I’m there early and never leave the table, so it’s like I’m not even at them! Though I do get to meet a lot of great people being behind it. And it is fantastic to see the passion the fans have, especially for the book.

Janel- If the industry would make a movie about your book? Who would you choose to play Kane and yourself?

Mike- Kane and me! I don’t think anyone could ever pull of Kane!

Janel- Who inspires you and what motivates you?

Mike- People who overcome the odds and make something of themselves, like Kane did. That is what really inspires me. Makes me push harder to achieve my dreams when I see people who had to struggle harder than me to do so.

Janel- Do you have any advice for future writers of the world and what’s next for you?

Mike-The most important thing to do if you want to be a writer is to read and write EVERY day. It’s really the best thing you can do. Next for me, I have a short story horror collection coming out under my pen name, Michael Gore. Then I’ll be working on another biography soon… though I can’t release whose it is yet! 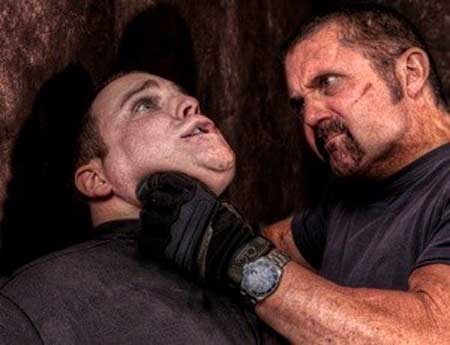 Janel- How do you feel now that the book is out and you can say that you wrote the life story of your childhood hero?

Mike-It’s really surreal. Every once and a while I look around me and realize I am sitting next to Kane Hodder and that I wrote his biography and that we have not one but TWO reality shows in the work, it’s crazy.

Janel- What is your favorite Kane quote or saying?

Mike-With Kane, it’s not so much what he says, but the looks he gives me. He has a few looks that make me pee myself a bit.

Janel- Advice for fans who are BRAVE enough to be choked by Kane?

Mike-If you are crazy enough to be choked… it’s too late. I can’t help you.